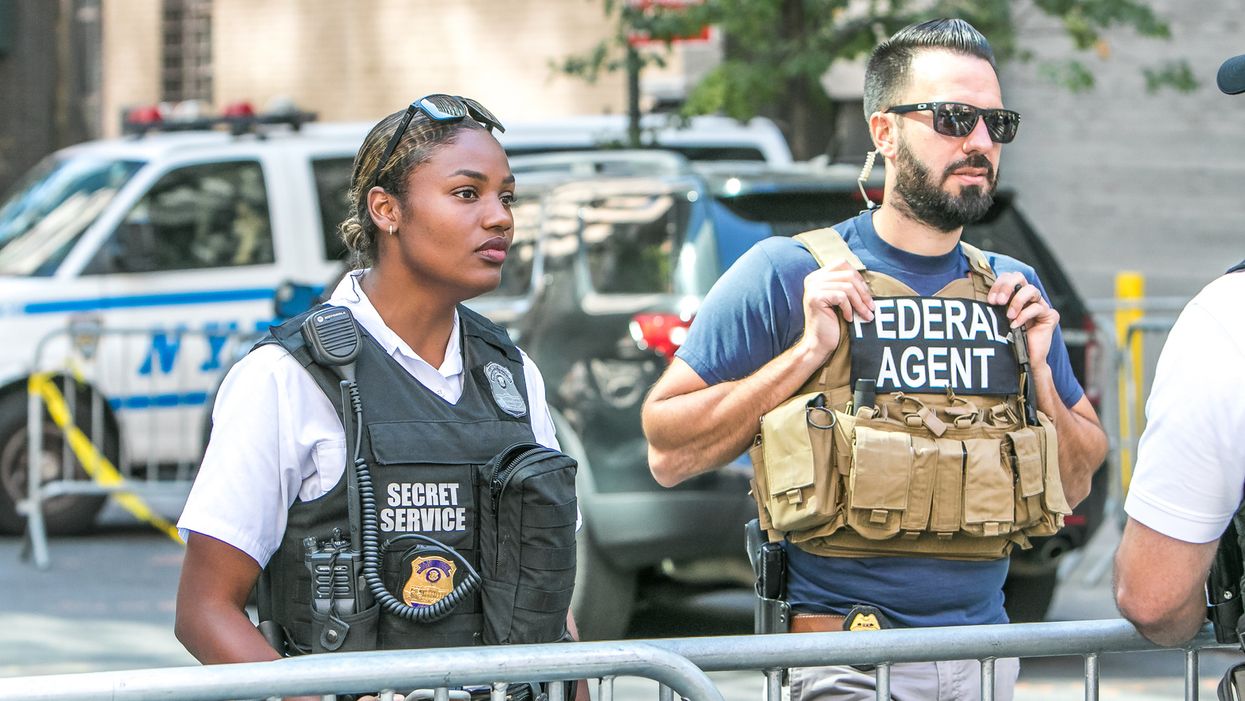 News of the Justice Department's early Wednesday email came after Trump spent much of that day lying about vote-counting procedures and peddling baseless claims of suspicious activity as he watched his slim leads in Michigan, Wisconsin, and Pennsylvania vanish.

The Times noted that the Justice Department's email, authored by Principal Associate Deputy Attorney General Richard Donoghue, "created the specter of the federal government intimidating local election officials or otherwise intervening in vote tallying amid calls by President Trump to end the tabulating in states where he was trailing in the presidential race."

While U.S. law bars the stationing of armed officials "at any place where a general or special election is held," Donoghue claimed in his email that the statute "does not prevent armed federal law enforcement persons from responding to, investigat[ing], or prevent[ing] federal crimes at closed polling places or at other locations where votes are being counted."

State officials and civil rights advocates were quick to denounce the Justice Department's interpretation of the law as both false and dangerous while also suggesting the post-Election Day email may have been aimed at mollifying the president, who falsely declared victory early Wednesday morning with millions of ballots left to count.

"Let's be clear: this is posturing," said Gupta, who served as acting head of the Justice Department's Civil Rights Division under President Barack Obama. "You can imagine Trump calling [Attorney General William] Barr at midnight freaking out after Fox called Arizona saying do something for me, and Barr willingly obliging. Time for a new DOJ."

As the Times pointed out, Barr "spent the months leading up to Election Day echoing the president's dark warnings, claiming without evidence that the wave of mail-in ballots would lead to an unprecedented amount of voter fraud. He cited one example of 1,700 falsified ballots that the Washington Post found to be false. A department spokeswoman blamed an inaccurate memo from an aide."

Pennsylvania Attorney General Josh Shapiro, the top law enforcement official of a key state that remains up for grabs, told MSNBC late Wednesday that he is aware of the Justice Department's email and prepared to deal with its potential consequences.

"It is yet another one of the issues we planned for," said Shapiro. "Nothing is going to stop the counting of these legal ballots in Pennsylvania."

If armed federal officials show up at Pennsylvania vote-counting locations, Shapiro said, "what happens is what has been happening since the polls closed: a strict adherence to state law."