This election is an agonizing nail-biter — but not a 2016 rerun. That's why Trump is losing his mind 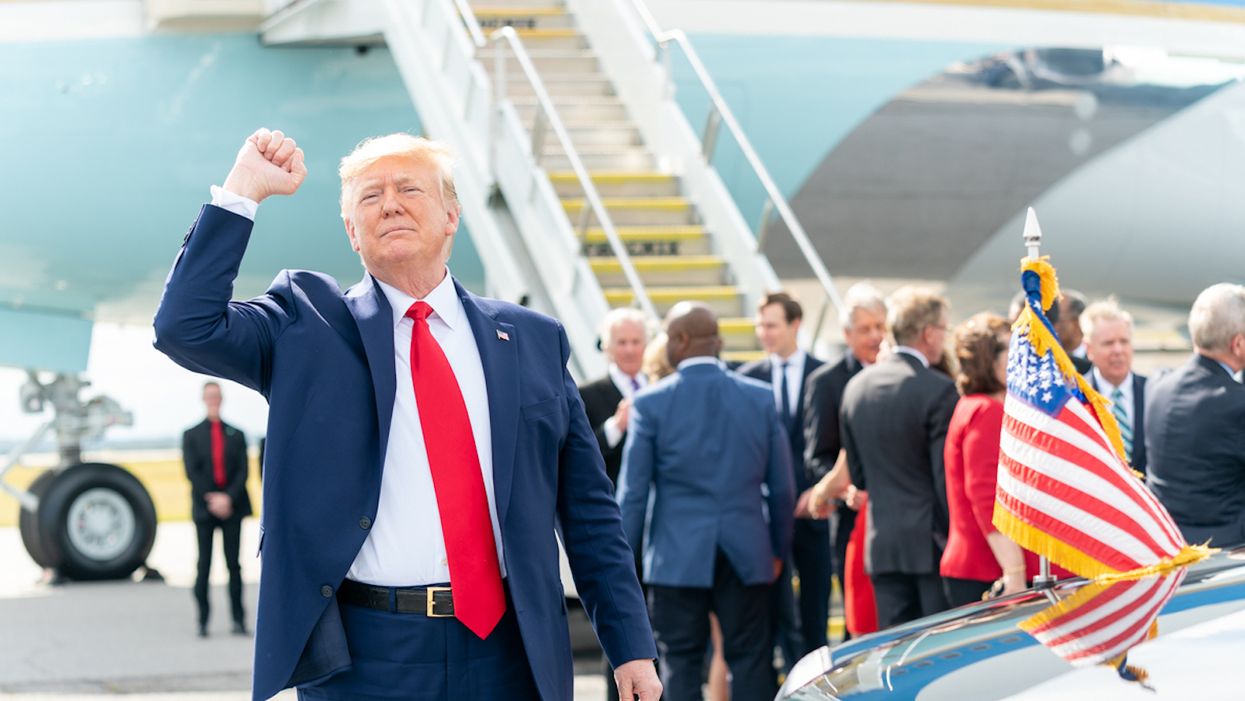 Democratic voters are going to need serious therapy after this election is over. The trauma of 2016 has left a deep psychic wound that has the scab painfully torn off every two years, leaving us lying on the floor in the fetal position begging for mercy. I don't have to recapitulate the shock of 2016 — we all know what happened. The nation has been living with the aftermath of that nightmare for the past four years.

But it's worth reminding everyone that in 2018, when the polls were all very bullish for a big Democratic win, on election night it looked at first as though that big blue wave was going to be a tiny little trickle, almost entirely based on the disappointing gubernatorial results in Florida and Georgia. But after a number of recounts and long counts in various states, Democrats ended up with a 40-seat pick-up in the House of Representatives. It was a very big blue wave after all.

Election night 2020 follows the same pattern. Democrats entered the night with high expectations that were shattered in slow motion as they watched their dream of an easy and decisive victory over Donald Trump and the Republicans turn into an hour-by-hour torture session deep into the night. But the main reason it's so agonizing is because we simply cannot believe that the country isn't repudiating Donald Trump and the Republican Party in such overwhelming numbers that no one could possibly question the intent of the electorate.

As in 2016 and then 2018, and now 2020, we find ourselves stunned and shocked that so many people would vote — eagerly and enthusiastically! — for Trump and his enablers. It never stops feeling like the worst form of gaslighting one can imagine. And yet we have seen his approval rating remain at 42% to 46% throughout this most tumultuous presidency in history, which should have given us a clue that even though the majority of the country finds him appalling, Trump's base of support is going to stay with him, come hell or high water. And as we saw in 2016, that minority may be all it takes to win the Electoral College.

We know this. And yet because everything in us recoils from the idea that everything Donald Trump has done has not shaken these people from their fealty to him, it's still stunning when it actually happens. Trump's fans have no problem with tearing children from their mother's arms and putting them in cages, banning immigrants and visitors from Muslim countries, calling Nazis "very fine people," apologizing for terrorists who plotted to kidnap and execute a governor, or a thousand other atrocities he's committed, not the least of which is the mishandling of a devastating pandemic that has resulted in 230,000 deaths — most of which could have prevented if he had the slightest ability to do his job. They still trust him, despite the fact that the economy is in worse shape than at any time since the Great Depression because he treated the pandemic as a PR problem he could solve with spin and propaganda.

As I write this, the presidential race is still undecided. A number of battleground states still have many mail-in and early votes outstanding and most of the red states where polling was close enough to tease the chances of a Democratic blowout unsurprisingly tipped Republican in the end. The path to a Biden win remains. And it's the same path we've been talking about incessantly for months: Win all the states Hillary Clinton won and flip the three states in the upper Midwest that Trump won by 77,000, votes and perhaps a couple of Sun Belt states that have been trending blue.

Sure they would have loved to win Florida and Texas and Iowa, but all you had to do was watch where Joe Biden has spent the last month to know that the campaign was focusing on winning Wisconsin, Michigan and Pennsylvania, with some hope for Georgia, North Carolina and Arizona. That was it. Biden now leads narrowly in Michigan and Wisconsin, and according to the AP has carried Arizona. The other states still hang in the balance, but that's almost certainly enough for an Electoral College victory.

Yes, it's nerve-wracking. When the election comes down to a few states that were close in 2016 and might be close this time as well, anyone can be excused for feeling like they're living in a recurring nightmare. But that's Trump's America and there's nothing new about that.

On Monday, before the election, I wrote about Trump's plan to declare victory on election night if he was "ahead" and then immediately "send in the lawyers." He denied that report when he was asked about it, but immediately started talking about how the Supreme Court had done a terrible thing by allowing Pennsylvania to accept ballots after Election Day and babbled on about the unfairness of the election not being decided on the night the polls close. He has made itclear many times that he expects "his" Supreme Court to deliver the election to him if it comes to that. I think many people thought that was just Trump being Trump.

At 2:30 in the morning, Trump stepped into the East Room of the White House before a cheering crowd, declared victory and said the Democrats were trying to steal the election. He rambled a bit about how he had it won and then "something happened," and said he wanted to halt the counting of the votes and declared he would go to the Supreme Court to decide the election.

It was a dark, ugly moment in American history. In fairness, even some Republicans could see that:

Chris Wallace: "This is an extremely flammable situation and the president just threw a match into it. He hasn't wo… https://t.co/kKnanNdMtR
— Aaron Rupar (@Aaron Rupar)1604476250.0

Trump's strategy, if you want to call it that, is to portray Biden as a loser who refuses to admit it and just wants to keep going until they "find" enough votes to flip the result. That might work in a recount scenario like Florida in 2000, but there are millions of votes still outstanding. It remains conceivable that Trump may even have won legitimately (although at this writing that seems improbable). Why go out in the middle of the night and throw this haymaker?

Who knows why Trump does anything? But this is exactly why Democrats have been driven so crazy by him over these last five years. It's simply impossible to understand how 45% of our fellow Americans could actually admire and respect someone who would do such an inexplicably un-American thing. How could they possibly want such a person to lead this country? That's the question that will haunt all of us for a very long time.