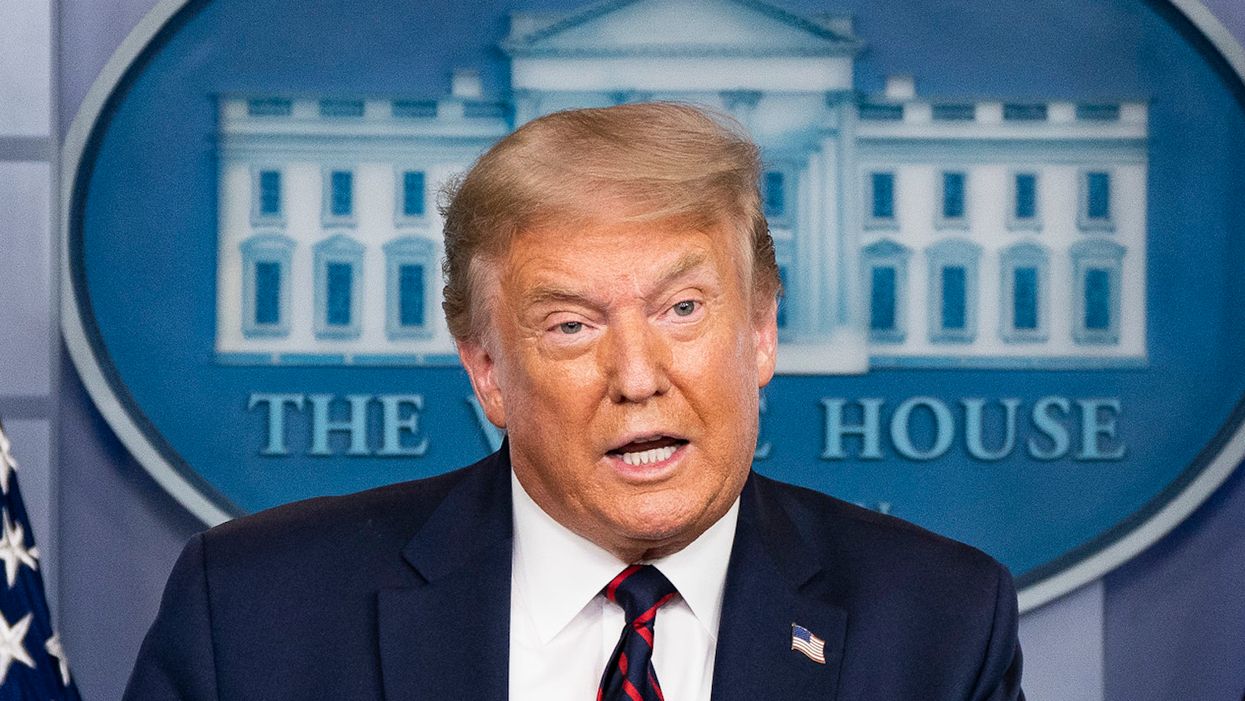 Throughout history, coups and coup attempts are more often than not linked to economic distress: the coup's leaders side with one group of industrialists or power-brokers, and opposition groups are supported by another. Now, Trump's own refusal to concede in the 2020 presidential election after a legitimate election loss, and his machinations to remain in power, have led to public debate over whether he is trying to perform a coup — or if that's even possible given the political and economic climate.

Salon reached out to economists who explained the ways in which current America's economic struggles have, and have not, created the climate in which Trump's coup attempt is possible. The verdict? The situation may not be quite right for Trump to be successful — with some caveats.

Because of Trump's political disposition, his coup d'etat would epitomize a right-wing coup — in which an authoritarian seizes control to consolidate their power on behalf of the ruling classes, from which Trump originates. Disregarding the legal and (possibly) military elements required for success, Trump could very well have popular support from his base were he to seize power. Indeed, polls show that 70 percent of Republicans accept Trump's disinformation about the election not being "free and fair," and seem willing and ready to turn against the concept of democracy.

"As for the broader question, there are tensions," Dr. Ioana Marinescu, assistant professor of economics at the University of Pennsylvania's School of Social Policy & Practice, wrote to Salon. "Rising inequality and stagnation of wages among the less educated should have empowered the left, but the left has increasingly become the party of the educated elites so they were not able to fully capitalize on this."

Marinescu noted that economist Dr. Thomas Piketty explored these themes last year in his book "Capital and Ideology," then added that "the populist or conservative right has then been able in some cases to speak to disaffected workers (those for example who lost their jobs to the China shock) by showing more respect for them and their values, and by promising a return to the prior state of the world (bring back manufacturing, something that is pretty hopeless given the economics)."

Dr. Richard D. Wolff, professor emeritus of economics at the University of Massachusetts Amherst, talked to Salon about how economic factors can usually be found in coups and attempted coups, although it would be a mistake to assume they are the only relevant variables.

"These are always multi-causal, multi-dimensional events," Wolff told Salon. "We can talk about the economics, but the economic aspects — and that's what they are — are never alone, or are never the only significant factor. . . . Economics always contributes to the attempt to make a coup, whether or not it's successful, and economics are always affected by a coup — again, whether it's successful or not. It's part of the story, but it's never some kind of dominating part, at least not in my experience. . . . but it's never absent either, and it wouldn't be here in the United States."

Wolff proceeded to explain to Salon that the United States "is in an extreme economic turmoil situation, fraught with enormous suffering coming at the end of a period of very profound changes and confronting [t]he upsurge in coronavirus cases all over the country." He noted that these conditions can make people either more politically active or resign themselves to political inactivity. The last occasion when America faced levels of unemployment, income inequality and lack of economic opportunity for young people was during the Great Depression in the 1930s, Wolff pointed out.

"Interestingly, during that Great Depression, the reaction of the mass of people was to become more politically active, not less so," Wolff said. "What struck so many of us was that, already at the period in 2008 and 2009 when we had the so-called Great Recession, was the level of non-activism. The fact that you didn't have the rise of a massive union organizing movement, the way you did in the 1930s with the CIO. You didn't have a mass upsurge of people joining two socialist and one communist party this time. You did have a bump up with the Democratic Socialists of America, but it was much smaller, much more modest, much more isolated, than what you had in the 1930s."

He added, "Now we have record-breaking inequality before and during the COVID-19 crisis, at least since it hit in March. The Bezoses of the world have gotten way richer, the mass of people the opposite, et cetera, et cetera. I think you've had pretty much the resignation of the mass of people, with the exception of a few signs, but I don't think they've congealed yet to give you the mass progressive upsurge that you had in the 1930s."

By contrast, America is finding itself in a situation now where a far right-winger like Trump is able to undermine the core institutions of democracy, although Wolff stopped short of saying that it will amount to a full-fledged coup.

"The bottom line of what I'm telling you is that the things that make coups happen, that have any kind of traction, don't seem to me to be present here," Wolff said, pointing out how American right-wingers misread public sentiment when attempting to pull off recent coups in other countries like Venezuela and Bolivia.

"My reading of the United States — and I'm frightened by it all too, so I'm not sitting on some pedestal of of self-assuredness — but I don't read a situation that would allow [Trump] to get away with anything more than either a quiet exit or, if that's not available, a blustery exit," Wolff explained. "If he's not smart enough to see that's his best option, some kind of coup-type event about which Stephen Colbert will have a lot of fun."

Dr. Karl Widerquist, a professor of philosophy at Georgetown University–Qatar who has doctorates in political theory and economics, told Salon that economic factors were probably a "wash" in terms of the 2020 election, with some American voters likely blaming Trump for the current bad economy (and correctly so) while others may have blamed the COVID-19 lockdowns and supported Trump's opposition to them.

"He's taken advantage of being president to further his white nationalism, but I don't think that's his main goal," Wilderquist told Salon. "I think Trump's main goal for his entire life is to convince as many people as possible that he's a winner that he wins and wins and wins, and that he's the world's biggest winner. And like a lot of us, he doesn't want to be a loser. The way to step down without feeling like a loser is to convince his echo chamber that he didn't lose. He won and that it was stolen from him. He doesn't need a coup to do that. He just needs to complain a lot."