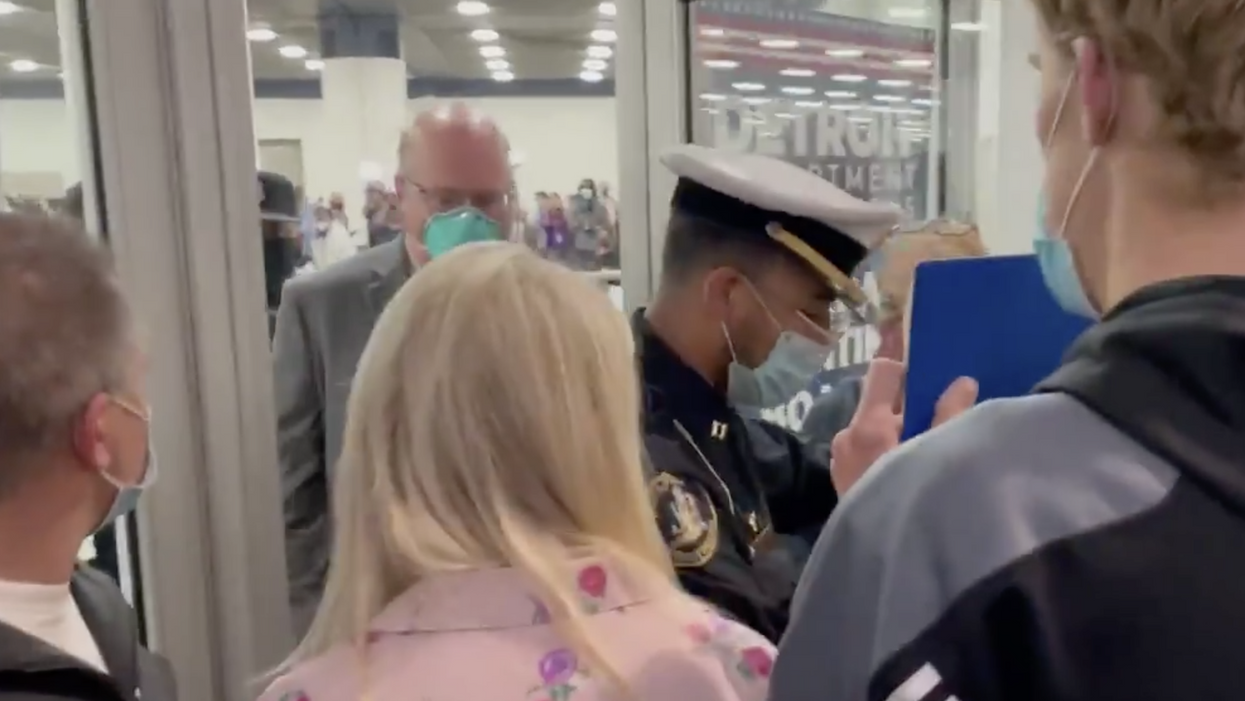 A crowd of protesters demanding that vote counting in Detroit cease formed at the TCF Hall, a local election center, Steve Patterson of NBC News reported on Wednesday.

He posted video of the event where the protesters crowded around the entrance to a room where votes were being counted:

"Step back! Step back!" a law enforcement official yelled as he tried to leave the room. The crowd was press up against the door.

Another official identified himself as a member of the Detroit Health Department, drawing jeers from the crowd. He instructed the crowd to spread out if they're going to be inside, presumably because of concerns about the spread of the coronavirus.

Other videos appeared to show the protesters at the center cheering "stop the count." President Donald Trump has falsely declared victory in his re-election, despite the fact the official counts are not yet complete, and the odds seem to favor Joe Biden's chances at this time. But the protesters demands were deeply ironic, because the current Michigan count has Biden leading — stopping the count now wouldn't save Trump in the state.

This scenario — with Trump disputing the ballot counting, and his supporters trying to cause chaos at election centers — is exactly the circumstance that many political observers have warned could take place for months in the event of a tight race.