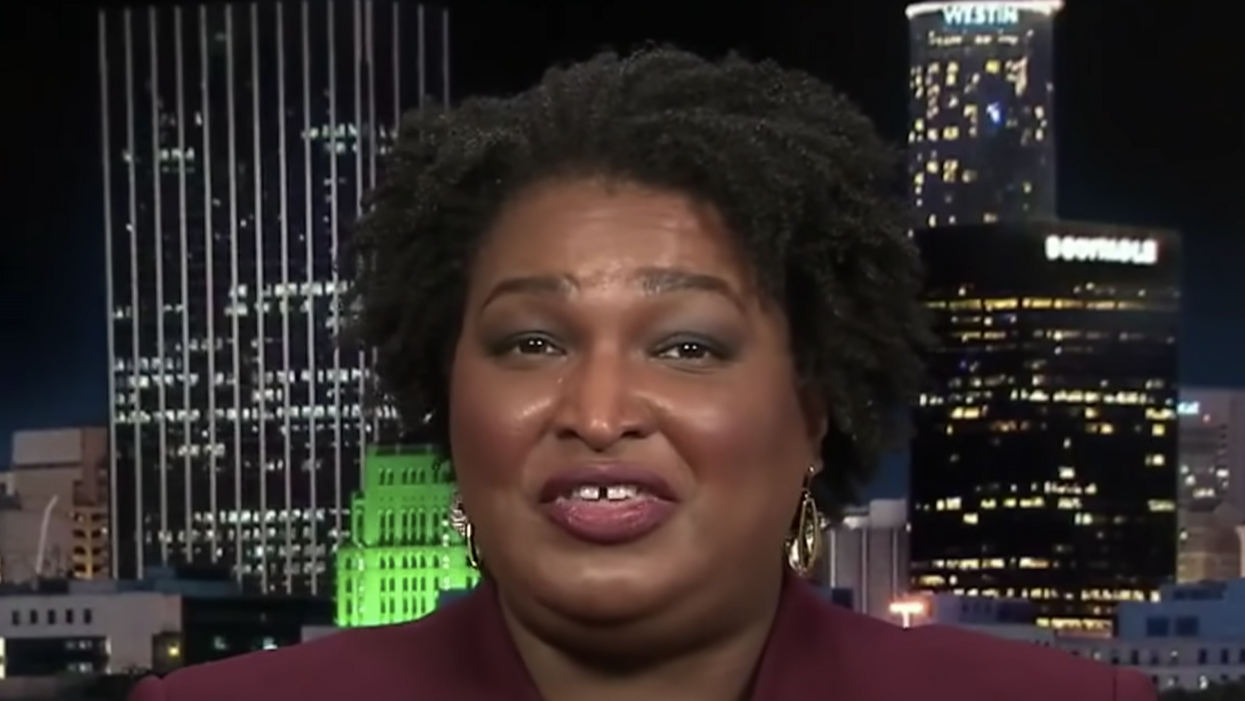 When Vice President-elect Kamala Harris—oh, how I love the sound of that—thanked Black women Monday for their support in her history-making election win, I have to imagine that she was at least in part thinking of Stacey Abrams. The former congresswoman and Georgia gubernatorial candidate could have wallowed in 2018 when she lost the state governor's race by just less than 55,000 votes to the very person tasked with overseeing the election, then-secretary of state Brian Kemp. But instead, she picked herself up, refused to concede amid widespread allegations of voter suppression, and continued work she had been doing for more than a decade to register voters in Georgia, this time launching the voting rights organization Fair Fight.

"Very often when someone runs for office, if they don't win the office, we forget about that person pretty quickly," The New Yorker writer Jelani Cobb told the magazine. "And with Abrams one of the things that made me interested in writing about her was that the opposite happened. That the election concluded, her opponent was inaugurated, and generally speaking in the United States, Stacey Abrams probably has a higher name recognition than the person who actually went on to become governor."

Abrams' name trended on Twitter when President-elect Joe Biden inched ahead of President Donald Trump in Georgia, flipping a state that hasn't backed a Democrat for president since Bill Clinton in 1992. And when Biden went on to be declared the next U.S. president Saturday, a crowd outside of the White House shouted "Stacey Abrams."

Not for nothing. In a state riddled with allegations of vote suppression, Abrams worked with the New Georgia Project nonprofit to register an estimated 800,000 new voters, mostly people of color and young people often overlooked in the state. She formed Fair Fight Action just days after her gubernatorial loss, launched a federal lawsuit seeking an overhaul of Georgia's voting system, and vehemently fought against Kemp's heartbeat legislation prohibiting abortions after a heartbeat can be detected. "I live my life with an assumption that I have the right to do the things I think I should do, and that my gender and my race should not be limitations," Abrams told Cobb.

Why Stacey Abrams is Leading The Fight Against Voter Suppression | The Backstory | The New Yorker www.youtube.com

The former Georgia congresswoman and House minority leader told comedian and political commentator Stephen Colbert Monday on The Late Show that she put together a 21-page deck 10 years ago and traveled with it to garner support from Democratic donors. "And my argument was 1. We had a demographic shift that was happening that we had to harness. 2. We had an inchoate message for 21st century Democrats that needed to be refined. We had to know what we stood for," she said. "And 3. we had to build an infrastructure that didn't rely on every single election but really sought to win no matter who was on the ticket.

"And so we built it from the ground up. We ran state (legislator) races, but we also invested in city council races and (district attorney) races, all the way up to the presidential race." Abrams said consistency was key to the success of her efforts.

"So many groups have been doing this work for a long time, but it's feast or famine," she said. "When there's a candidate who wants to invest, you'll get the resources, and then you're just struggling to get by. And we were able to create a bit of sustainability in the infrastructure, which meant we could win again and again and build up to this big victory in November. "

Abrams and the grassroots organizers she works with invested in Georgians. Sen. Nikema Williams, the first Black woman to serve as chairwoman of the Democratic Party of Georgia, told MSNBC's Joy Reid it's important to show the people their power. She's slated to fill the congressional seat of the late civil rights leader John Lewis. "People talk about Stacey Abrams. She absolutely deserves the credit, but what Stacey has said time and time again, this is not about one person, one candidate, or one election cycle," Williams said. "It's about giving the power back to people who felt unheard and unseen for far too long."

Abrams and Williams alike are turning their attention to Georgia's Senate runoffs when Democrats Jon Ossoff and Raphael Warnock could unseat Republican senators and win the party a Senate majority. "We have raised $6 million (!) so far to help jumpstart the Jan 5 Senate runoff elections," Abrams tweeted Monday.

When asked about her confidence in the two runoff elections, Williams said: "We're breaking norms this cycle." "We're going to continue to build upon what Stacey Abrams made possible in the state, and we know that we can win for Democrats," Williams added.