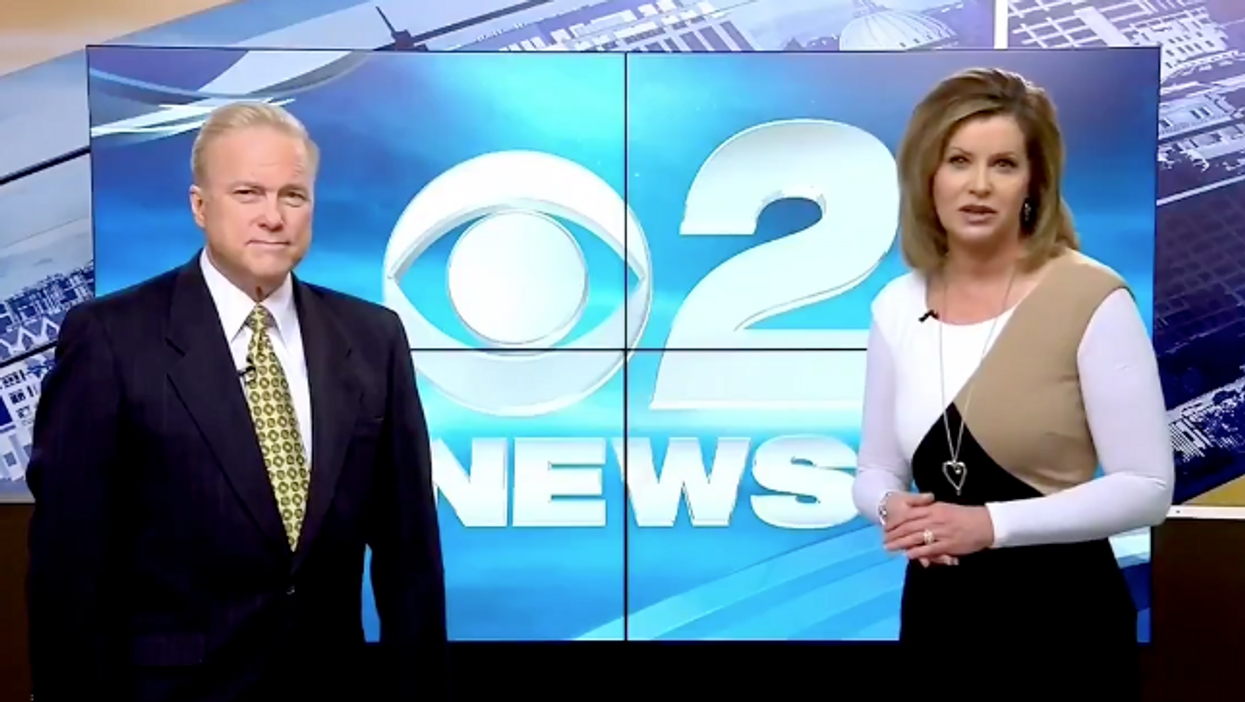 President Donald Trump is promo0ting a 2018 video designed to expose a major network of TV stations whose anchors are forced to read identical scripts from their corporate bosses, word for word, promoting President Trump's agenda.

The video was created by the website Deadspin, accompanying an article titled, "How America's Largest Local TV Owner Turned Its News Anchors Into Soldiers In Trump's War On The Media."

Sinclair Broadcast Group is a right-wing media conglomerate that owns nearly two hundred TV stations in over 100 markets across the country, reaching 40 percent of American households. While local stations, they are all affiliated with the major networks, including ABC, CBS, NBC, and Fox. Local stations are more trusted by Americans than the major networks, making it easier for Sinclair to spread disinformation.

Trump clearly didn't read the article Friday morning when he retweeted a tweet from Dan Scavino, his White House Deputy Chief of Staff for Communications and Director of Social Media.

Here's the video Deadspin tweeted back in March of 2018:

Here's Trump's tweet, where he thinks he's mocking "Big Tech and the Fake News Media," when in fact they are among his greatest tools.

Georgetown University professor of public policy Don Moynihan points out that "Trump waived regulations to allow [Sinclair to] take over the local news market, and which forced local stations to run pro-Trump commentaries."