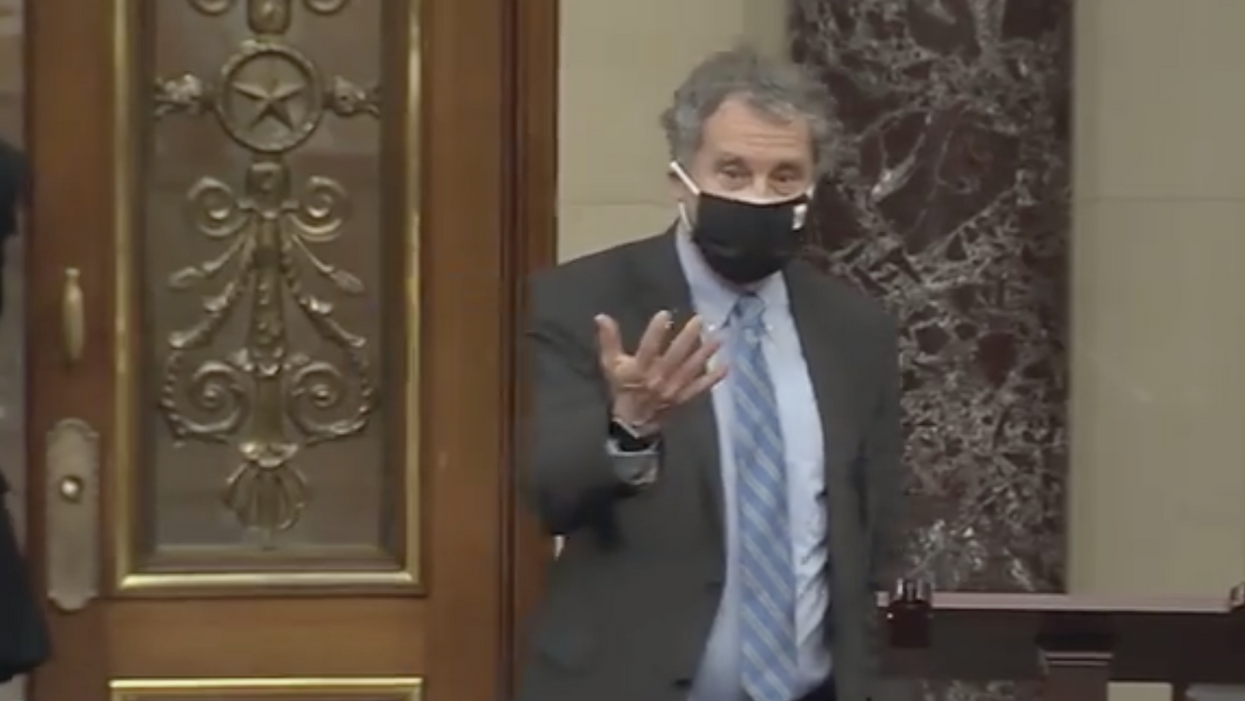 Wearing a protective face mask in public places during a deadly pandemic that has killed more than 1.3 million people worldwide (according to Johns Hopkins University in Baltimore) seems like standard fare for most. But for much of the Republican Party, not wearing a mask in public has become synonymous with standing up for far-right ideology — and on Monday night, November 16, Democratic Sen. Sherrod Brown of Ohio and Republic Sen. Dan Sullivan of Alaska got into a heated argument on the Senate floor over the importance of masks.

Sullivan was presiding over the Senate on Monday night, and Brown told him, "I'd start by asking the presiding officer to please wear a mask as he speaks." Sullivan quickly became defensive, telling Brown, "I don't wear a mask when I'm speaking like most senators…. I don't need your instruction."

Once again, I asked my Republican colleagues to stop endangering all the Senate workers - and simply wear a mask wh… https://t.co/MTleulbwA7
— Sherrod Brown (@Sherrod Brown)1605572684.0

Brown didn't hesitate to tell Sullivan off, and he was equally critical of President Donald Trump — telling the Alaska Republican, "I know you don't need my instruction, but there clearly isn't much interest in this body in public health. We have a president who hasn't shown up at the coronavirus task force meeting in months."

The Ohio Democrat went on to say, "Mr. President, the American people sent a clear message in this election. They voted for stability. They rejected an administration that has failed them in the middle of a public health crisis and an economic crisis. People want a government that works for them and is on their side…. I know some of you feel like you have to humor the outgoing president, continue to make excuses for him."

But other Twitter users were in total agreement with Brown. Here are some of their responses:

@SenSherrodBrown It comes from the top. The GOPs ignorance is killing people.
— Jillie Bean (@Jillie Bean)1605572793.0

@SenSherrodBrown Hard to believe we’re still having this debate on masks. No wonder our hospitals and ICU’s are dro… https://t.co/SmXisomyT5
— Bob DeFoor (@Bob DeFoor)1605573500.0