Rural Texas saved Ted Cruz in 2018. Will it save Donald Trump on Tuesday? 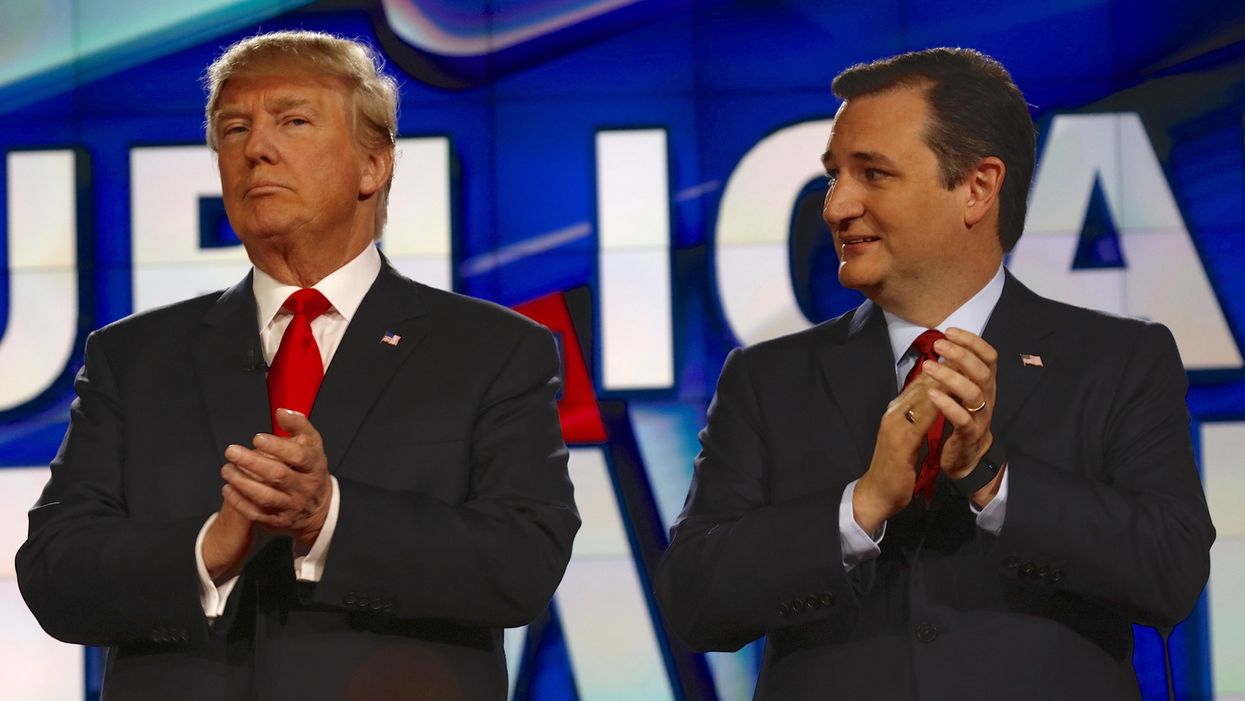 "Rural Texans have long helped Republicans. Will that hold true on Tuesday?" was first published by The Texas Tribune, a nonprofit, nonpartisan media organization that informs Texans — and engages with them — about public policy, politics, government and statewide issues.

Rural Texas saved Ted Cruz in 2018. Will it save Donald Trump on Tuesday?

That is one of the defining questions as Texas barrels toward what could be its closest presidential race since 1976 — or the first time the state picks a Democratic presidential nominee since then.

The story of Texas politics in 2020 is about the cities becoming bluer, the suburbs becoming more competitive and the Latino vote rising — but it is also about a rural firewall that has kept Republicans in power for so long. Rural areas of the state have historically been Republicans' strongest line of defense in Texas as polls show suburbs — even in traditionally red areas — shifting toward Democrats. But with the state's changing demographics and a noticeable surge of Democratic energy in deep Trump country, there's an open question of whether Republicans can hold onto these districts with the same large margins they did in 2016.

“The margins will depend on all of our great friends and our patriots in West Central and East Texas who say, 'I don't want the president just to win, I want him to stomp the Democrats here 75-25,'" Patrick told host Chad Hasty. “And the bigger rural Texas [votes] will determine the final margin he wins by — is it 4? Is it 6? Is it 8? Is it 3?"

In 2018, Cruz needed the state's rural counties to fend off a blockbuster challenge by Democrat Beto O'Rourke. The former El Paso congressman defeated Cruz 51% to 48% in the non-rural counties, which Trump carried by 3 points in 2016. But Cruz held strong in the rural counties and carried them 75% to 24%, nearly identical to Trump's margin in them two years earlier.

No one expects Smith County, which includes Tyler, to flip to Democratic control after Trump bested Hillary Clinton by more than 67 percentage points in 2016. And no one doubts the passion of GOP voters in red enclaves across the historically Republican counties across Texas and the South. Texas is dominated by Republicans in all levels of state government.

And the GOP dominance has not gone unanswered in rural Texas, where Democrats have made investments to at least cut down on their deficits there.

“Republicans are in trouble out here," said Stuart Williams, the West Texas organizer for the Texas Democratic Party. “Trump won in places like Lubbock in 2016 at the lowest level that any Republican had won since 1996. And that was four year ago before we all saw ... what can happen to our country."

Biden's campaign has made some overtures to rural Texas. In mid-October, the campaign hosted a “Rural Texas Community Conversation" with Tom Vilsack, the former U.S. agriculture secretary and Iowa governor. And the campaign did a three-day surrogate bus tour last week whose first three stops were in Amarillo, Lubbock and Abilene. (The tour was derailed Friday after a highway skirmish with Trump supporters south of Austin.)

The Lincoln Project, the anti-Trump group run by former Republican operatives, has also sought to help Biden in rural Texas. In early October, the organization announced a $1 million ad campaign called “Operation Sam Houston" that was aimed at over 600,000 suburban and rural Republican women in Texas.

The divide between rural and non-rural Texas does not just matter for the presidential race. It is poised to factor into other statewide contests, including those for U.S. Senate and a seat on the Railroad Commission, which regulates the Texas oil and gas industry.

In the U.S. Senate election, Republican incumbent John Cornyn has been prioritizing more conservative, rural parts of the state in the closing days of his reelection campaign. He is in the middle of a statewide bus tour whose itinerary is largely filled with cities like Wichita Falls and Tyler.

“We're counting on you," Cornyn said Thursday in Tyler. “We're depending on Tyler, Smith County and East Texas to win this."

Cornyn's Democratic rival, MJ Hegar, said Saturday she was “not concerned at all" about a repeat of 2018, when rural Texas rescued an otherwise vulnerable Republican U.S. senator.

Democrats say they are also appealing to rural voters with issues such as broadband internet access. Republicans, meanwhile, say their rural voters are energized by Trump's follow-through on campaign promises to restrict abortion and appoint conservative judges.

Republican congressional nominees who do not have competitive races, many from rural areas, have nonetheless hit the campaign trail hard this fall to try to maximize their district's vote for Trump. Right after securing the GOP nomination for the 4th District at a convention in August, Pat Fallon gave a speech in which he said Republicans in the largely rural northeast Texas district “need to make sure we run the score up in CD-4 so we can help President Trump carry this state and save our country."

It's also the mission of Ronny Jackson, the former White House doctor who is set to become the next congressman from Texas' 13th District, the reddest in the country. While Jackson's election is all but guaranteed Tuesday, he said he has been impressing upon voters that they still need to show up for Trump.

“I think it's going to be absolutely crucial," Jackson said. “Texas 13, 19, 11 — these three big rural [congressional] districts out here in West Texas and the Texas Panhandle, we really are the firewall that keeps Texas red. It's just overwhelmingly Republican out here ... and that really does make a difference statewide."

Among Democrats, there's optimism that Biden-backing allies in rural Texas could not only prevent Trump from recreating his overwhelming 2016 margins in white, working class areas, the kind of support that offset his losses in the suburbs and among voters of color four years ago, but also make Trump's path to victory in Texas all the more difficult.

“I'm also seeing a pretty substantial uptick in folks volunteering with Democratic-adjacent organizations," said Amy Hull, 42, who lives in Tarrant County. “It's been interesting to see people who were pretty tuned out four years ago become unapologetic about their politics and determined to do everything possible to make our community, state and country government work better for everyone."

Republicans could especially take heart in rural areas that have only grown more red in recent election cycles. Take for example Jones County, which includes part of Abilene and went for John McCain by 47 points in 2008, Mitt Romney by 55 points in 2012 and Trump by 65 points in 2016.

The county GOP chair, Isaac Castro, said there is “a lot more enthusiasm" for Trump in Jones County compared to four years ago, when some local Republicans had reservations about his conservative credentials.

“I really think that this year he's probably going to do better," Castro said, adding that he was not worried about Trump losing statewide. “You know, West Texas is going to be strong for him again."

This article originally appeared in The Texas Tribune at https://www.texastribune.org/2020/11/02/texas-rural-republicans-2020/.