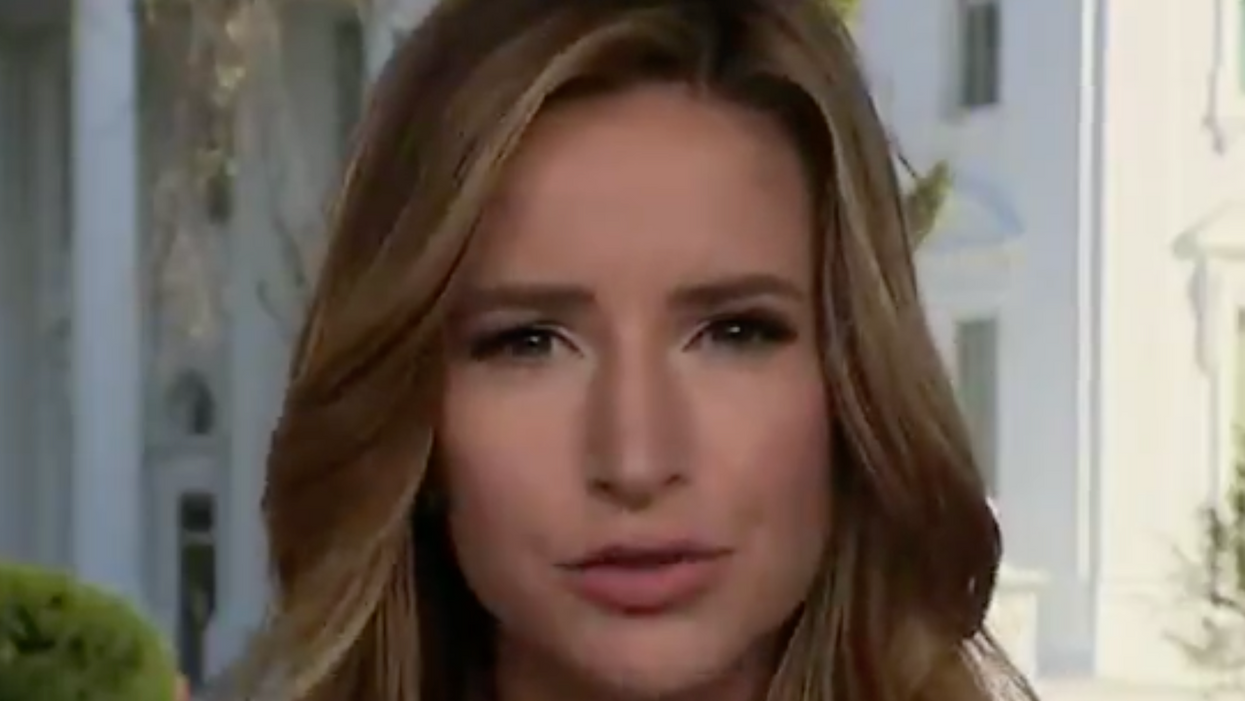 On Thursday, President Donald Trump's personal attorney, former New York City Mayor Rudy Giuliani, held a press conference to discuss the Trump campaign's legal battle against the 2020 presidential election results. Giuliani has claimed that Trump, not President-elect Joe Biden, is the real winner and that his client was the victim of widespread voter fraud. But when Fox News correspondent Kristin Fisher reported on the press conference, she slammed Giuliani as being "light on facts."

Fisher, speaking from the White House, told her colleague Dana Perino: "That was certainly a colorful news conference from Rudy Giuliani, but it was light on facts. So much of what he said was simply not true or has already been thrown out in court."

The Fox anchor added that Giuliani opened the press conference by making a "really bold and baseless claim" and saying that "a lot of this alleged nationwide voter fraud he's referring to all came from one centralized place."

Fisher explained, "He called it a nationwide conspiracy. And yet, he failed to provide any hard evidence to back up that one specific claim —especially when you're dealing with a claim that really cuts to the core of our democratic process. Now, in Pennsylvania, Giuliani continued to claim widespread voter fraud in Philadelphia — even though he has already said in court, and I quote: 'This is not a fraud case.' So what he's saying in public, not under oath, is different from what he said in court."

Fisher went on to debunk Giuliani's false claims about Michigan, where the Trump campaign dropped one of its lawsuits.

"Two Republican canvassers in Wayne County say they now want to rescind their votes to certify the election," Fisher told Perrino "Giuliani says they dropped the lawsuit because the state did decertify, but that is not true. The results were certified in Michigan on Tuesday, and Biden won."

Fisher added, "Up on that stage with Giuliani was a poster with the headline 'Multiple paths to victory.' But Giuliani never credibly explained a single path — let alone multiple ones. Dana, the fact remains that the Trump campaign has yet to provide, at least in court, hard evidence of voter fraud and irregularities widespread enough to overturn the outcome of the election and to effectively challenge President-elect Joe Biden's stance as the president-elect."

Fisher's reporting will not sit well with Trump, who has recently been furious with the right-wing Fox News over its election reporting. On Election Night, much to Trump's chagrin, Fox News' decision desk called Arizona for Biden — and Trump's campaign angrily demanded a retraction. But Fox stood by its reporting even when MSBNC and CNN had yet to call Arizona for Biden, who now has 306 electoral votes and leads Trump by at least 5.8 million in the popular vote.