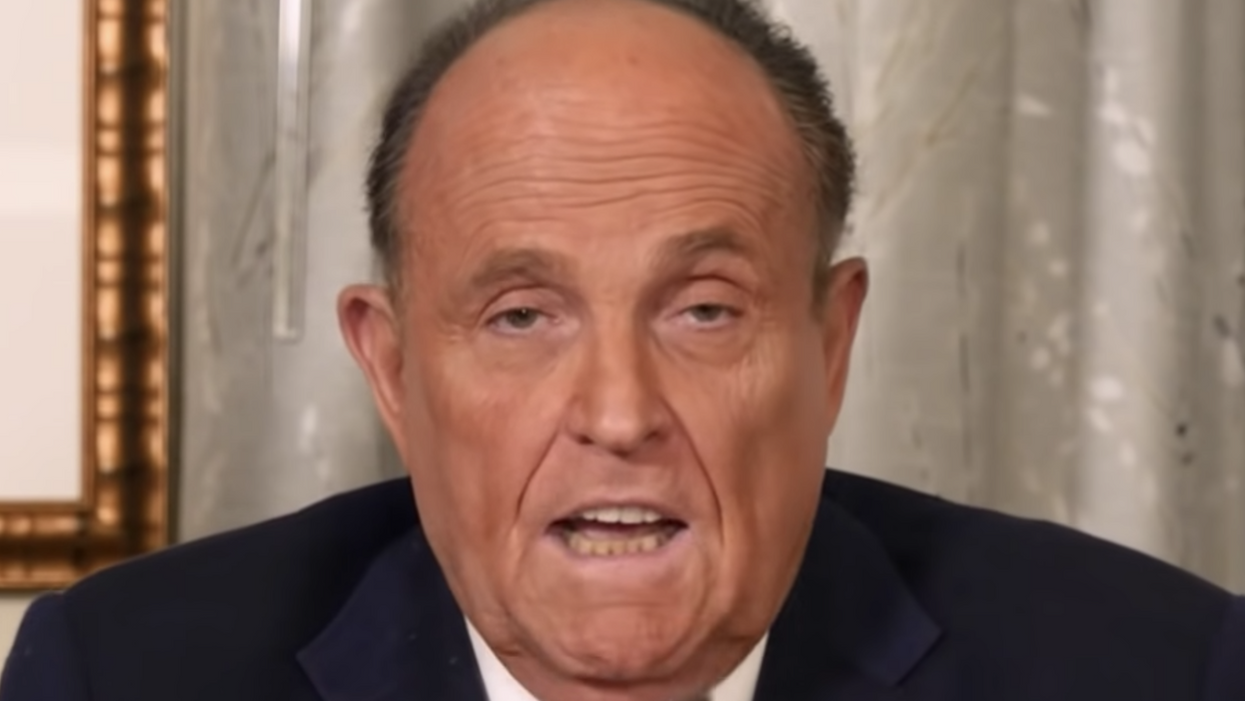 In a Pennsylvania case that is widely viewed by legal experts as frivolous and ridiculous, President Donald Trump decided to let his attorney Rudy Giuliani — who perfectly embodies those adjectives — make the argument that he hopes will win back the election he just lost. The former New York mayor appeared before a court on Tuesday for the first time in decades, according ot the Washington Post, and promptly embarrassed himself with a litany of errors, mistakes, and baffling decisions that left observers cackling.

Giuliani was not always regarded as a complete sideshow. He ran the U.S. Attorney's Office for the Southern District of New York, and he was mayor of the country's largest city during the 9/11 attacks. But in his time as Trump's attorney, he has turn into a preposterous spectacle with little grounding in reality or law. Nevertheless, his involvement with the president's campaign at this time is also darkly sinister, as it is using absurd and meritless arguments in an attempt to overturn the 2020 election or, barring that, cast so much doubt on the legitimacy of the vote that it is permanently marred in the minds of Trump's supporters.

It's therefore worthwhile to emphasize just how off-the-wall Giuliani's conduct and arguments are, which should help undermine the GOP's disinformation campaign against democracy. Here are seven ridiculous moments from his case before the court:

The moment that got the most attention from legal observers, which may seem a bit obscure to those unfamiliar with the law, came in a question about the level of scrutiny the judge should apply in the case. For judges, this is a technical matter that can lead to hot debate. But there's a standard ranking of standards of scrutiny — strict scrutiny, intermediate scrutiny, and rational basis — based on the type of case in question. At one point in the proceeding, Judge Matthew Brann asked Giuliani what form of scrutiny should apply in this case.

"The normal one," Giuliani replied. That was not an answer. Later, Giuliani said: "Maybe I don't understand what you mean by strict scrutiny."

This was not a gotcha question, but a basic query that should have come up in any rudimentary preparation for the case. But Giuliani had no clue.

Giuliani confessed that he did not know the word "opacity," applying the Bizarro World definition that it "probably means you can see."

Ahead of the hearing, Giuliani claimed the the court that he is a member of the D.C. Bar. However, it appears that this isn't true:

In other news, it appears @RudyGiuliani committed perjury in his pro hac vice petition to appear in MDPA today. He… https://t.co/Cwgn6VP1ho
— Andrew Feinberg (@Andrew Feinberg)1605644671.0

Despite the fact that Giuliani and Trump have been alleging that the election was afflicted by criminal voter fraud, and Giuliani even told the court that the campaign was alleging "widespread nationwide voter fraud," he had to admit, when pressed, that it wasn't true.

"This is not a fraud case" as a matter of law, Giuliani told the judge.

"The Trump campaign has been treated totally differently than the Bush campaign," he said, perhaps confused because he's hoping to turn this case into the next Bush v. Gore. (Few experts believe that's even remotely plausible, based on the arguments.)

6. The basic argument was absurd

Giuliani was essentially arguing that because different counties had different procedures for fixing voters' ballots that were improperly filled out, the results of the election should be thrown out.

"You're alleging that the two individual plaintiffs were denied the right to vote," the judge said. "But at bottom, you're asking this court to invalidate more than 6.8 million votes, thereby disenfranchising every single voter in the commonwealth. Can you tell me how this result can possibly be justified?"

Instead, Giuliani said they only wanted to throw out the votes in Philadelphia and Pittsburgh — which just happen to be hotspots of Democratic votes.

7. Giuliani seemed confused about others' identities in the courtroom

Giuliani needled an opposing lawyer, calling him "the man who was very angry with me, I forgot his name."

He mistook the judge for a federal judge in a separate Pennsylvania district who rejected a separate Trump campaign case: "I was accused of not reading your opinion and that I did not understand it."