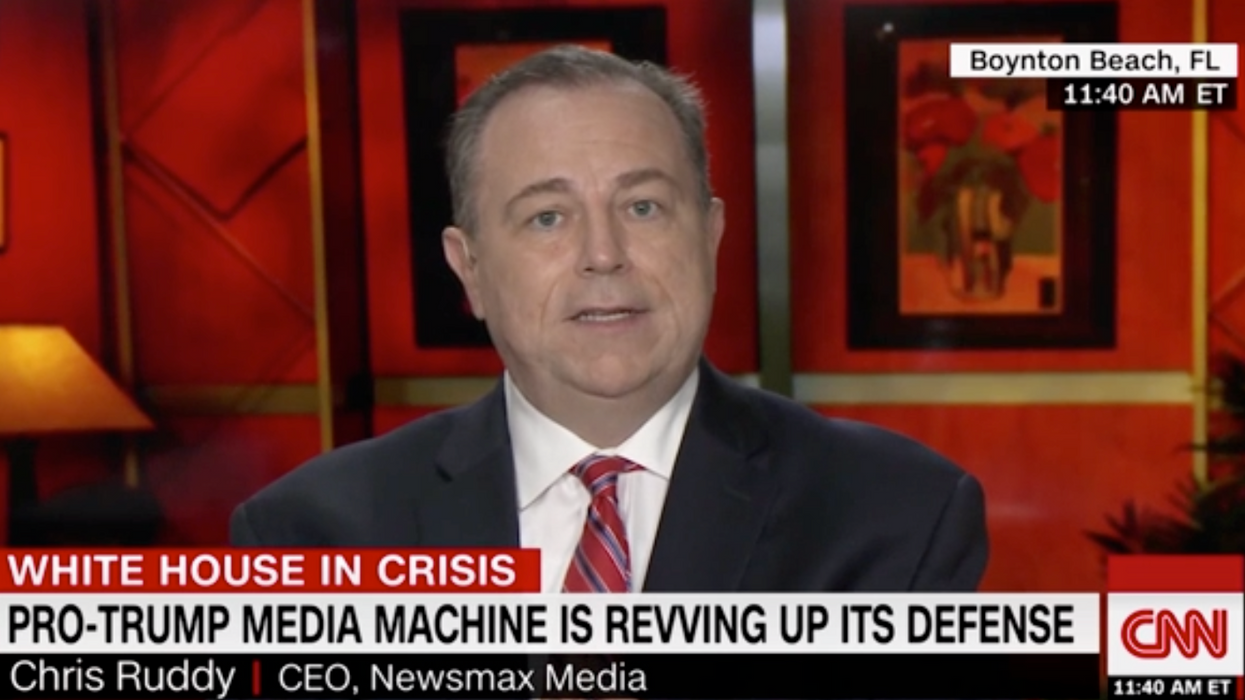 Furious because Fox News' decision desk called Arizona for former Vice President Joe Biden on Election Night, President Donald Trump has been angrily railing against the right-wing cable news outlet and encouraging his supporters to watch Newsmax TV or One America News instead — and Newsmax TV has been enjoying a post-election ratings surge by going out of its way to be more Trumpian than Fox News or Fox Business. The New Yorker's Isaac Chotiner discussed, among other things, Newsmax's post-election success during an interview with Newsmax CEO Christopher Ruddy. And Washington Post reporter Aaron Blake is noting that Ruddy, during the interview, basically admitted that Newsmax has been promoting Trump's bogus voter fraud claims without even investigating them.

During the interview, Ruddy indicated to Chotiner that he didn't necessarily believe all of Trump's claims of widespread voter fraud. But the Newsmax CEO acknowledged that promoting them has been great for ratings.

Ruddy told Chotiner, "At the end of the day, it's great for news. The news cycle is red-hot, and Newsmax is getting one million people per minute, according to Nielsen, tuning into Newsmax TV. I think it's good."

Chotiner told Ruddy, "Look, you're a smart guy. You were defending things that you might not a hundred percent believe. But the attention this is getting Newsmax, and what it's doing for the news business, is maybe where I should be focusing my questions, rather than the intricacies of the vote count." And the Newsmax CEO responded, "Well, I would never do something that I thought was wrong or untrue. I didn't create the news cycle, Isaac. Donald Trump did. He created this whole thing. He could have accepted the (election) results, but I'm saying, 'Look at the amazing stuff that's done for the news business.' People are more interested."

Blake, in response to that interview, voiced some blistering criticism of Ruddy:

During the interview with Chotiner, Ruddy compared Trump's refusal to accept the election results to Bush v. Gore — which, after the 2000 presidential election, found the campaigns of then-Vice President Al Gore and then-Texas Gov. George W. Bush in a bitter fight over who won Florida (Gore eventually conceded). And Chotiner explained why the Trump/Gore comparison is nonsense, telling Ruddy, "Well, (Trump is) not saying, 'We want a recount.' He's tweeting that he won and that there's massive voter fraud, and both of these things are false."