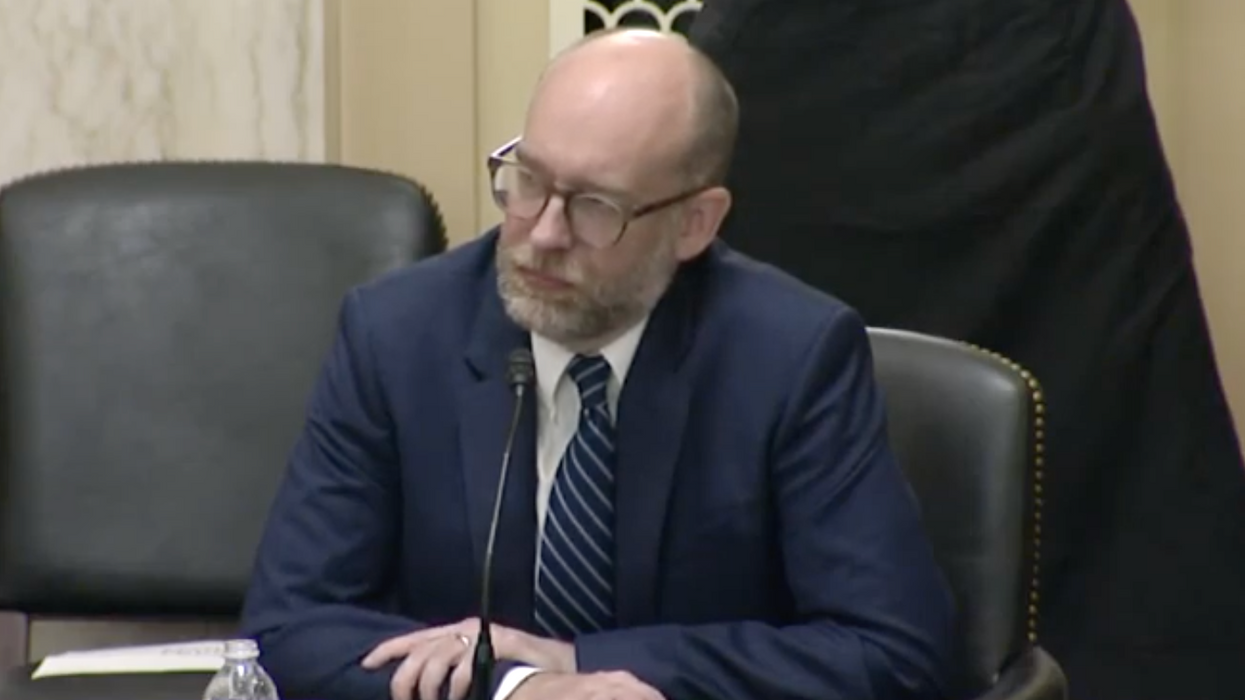 Donald Trump signed an executive order last month taking aim at the existence of a nonpartisan civil service with job protections for career employees that prevent the entire government from being politicized—and 88% of the workers at the Office of Management and Budget are already in the crosshairs, ahead of schedule.

OMB Director Russell Vought has determined that 425 OMB workers—again, 88% percent of them—should be converted to the new "Schedule F," which would allow Trump to purge those who aren't sufficiently loyal to him personally, and would potentially strip the agency of many of its most experienced, knowledgeable staff immediately before President-elect Joe Biden's inauguration.

A long list of good government and government ethics organizations sent Congress a letter urging lawmakers to block Trump's executive order, writing "Our nonpartisan civil service has served as a model for other countries for more than a century. Since the passage of the Pendleton Act of 1883, civil servants have been hired based on their qualifications, and have been protected from removal based on political affiliation. These protections do not exist for the sake of the civil servants themselves, but rather to ensure the government delivers services insulated from undue political influence."

"At best, this EO will serve as a distraction at a time when the focus should be on ensuring a smooth transfer of power from one administration to another," they write. "At worst, career civil servants upon whom Americans rely for deep expertise and lifesaving services during the pandemic and economic crisis—from approving vaccines to distributing loans—could be removed for political reasons."

And if Trump officials hire a large number of new staff following a purge of the existing civil servants, it could be incredibly difficult for the Biden administration to undo the damage. This may sound like an obscure issue, but it is dangerous stuff, and it's just one part of Trump's efforts to trash the entire federal government on his way out the door.