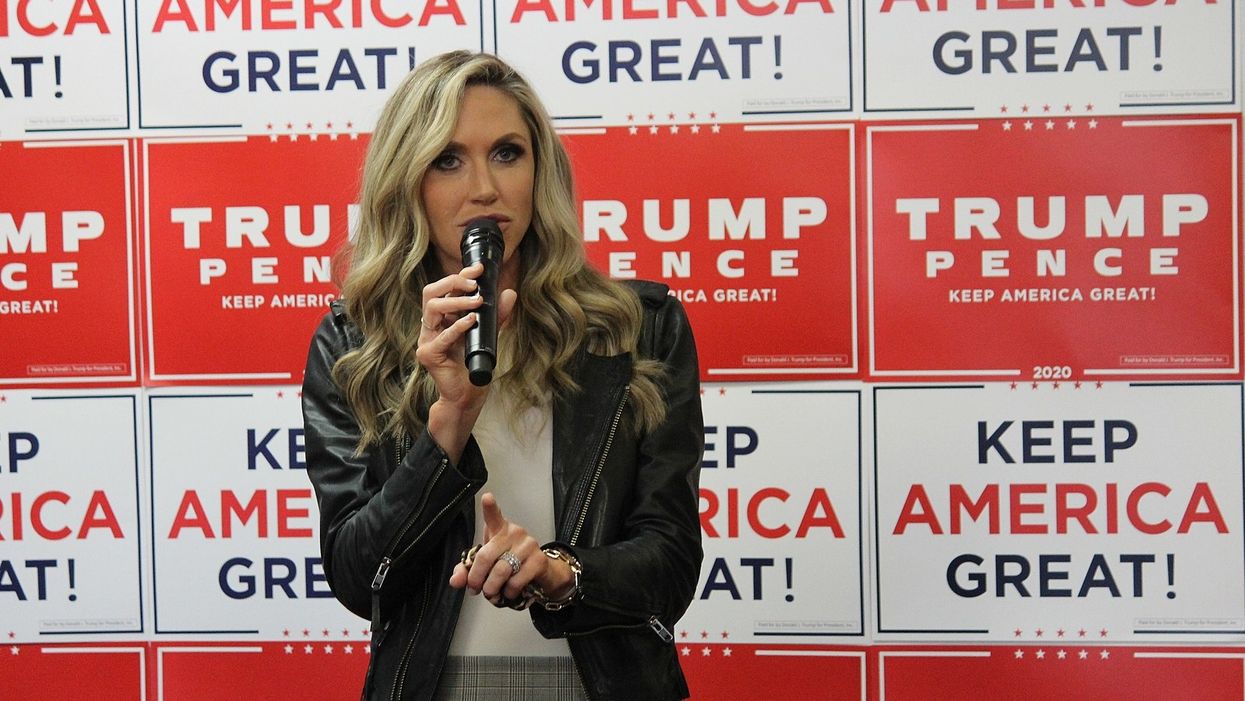 Republican Sen. Richard Burr said he would not seek a fourth term all the way back in 2016, and it's very unlikely he'd be able to change his mind now that he's under investigation for the large stock transactions he made just before the markets tanked in mid-March as the coronavirus pandemic worsened. There are a number of North Carolina Republicans who could run to succeed Burr in this light red state, and multiple media organizations reported Thursday that Lara Trump, who is the wife of Eric Trump, is considering.

Trump, a Tar Heel State native who worked as an adviser for her father-in-law's failed reelection campaign, was mentioned last year as a possible contender for New York's 2nd Congressional District on Long Island, and she initially didn't rule the idea out. Trump, who didn't end up making the race, currently lives in Westchester County, New York, which is quite far from both the Long Island-based 2nd District and especially North Carolina.

Several other Republicans could also compete here. Outgoing Rep. Mark Walker decided not to run for anything this year after court-supervised redistricting turned his gerrymandered seat reliably blue, recently reaffirmed that he was interested in a Senate bid. Outgoing Rep. George Holding, who also decided to retire for the same reason as Walker, didn't rule out a bid for the upper chamber last year, though he doesn't appear to have said anything since then.

Oh, that's not all. Former Gov. Pat McCrory, who lost reelection in 2016, also said in late 2019 that he was mulling a campaign to succeed Burr. In September, McCrory said he was interested in seeking office again, though he added that he was "having fun" pursuing other activities.

A few other GOP politicians are also reportedly thinking about it. White House chief of staff Mark Meadows, who resigned from Congress earlier this year, doesn't seem to have said anything about his 2022 plans, but the New York Times' Annie Karni writes that he's "widely expected to move back home and run for the seat as well." (Update: Meadows announced Friday that he wouldn't run.) Karni adds that outgoing Lt. Gov. Dan Forest, who lost this year's gubernatorial contest to Democrat Roy Cooper 52-47, is "expected to be in the field." State House Speaker Tim Moore was also name-dropped as a potential contender, though there's no word on his interest.

The Democratic field is taking longer to develop. Outgoing state Sen. Erica Smith told the News & Observer's Brian Murphy on Friday that she was running for the Senate again, but few national Democrats will want to see her as their nominee. Earlier this year, Republicans spent nearly $3 million on an unsuccessful effort to help Smith, who had raised very little money herself, win the primary against Democratic establishment favorite Cal Cunningham. Democratic groups spent heavily to push back on the GOP meddling, and Cunningham beat Smith 57-35 before narrowly losing this month to Republican Sen. Thom Tillis.

Months later, Smith endorsed Republican Sonja Nichols' campaign against one of her colleagues, Democratic state Sen. Jeff Jackson. When Smith was asked about her decision on Facebook, she responded by telling the poster, "[Y]ou cannot see beyond your sexist male privilege. Funny that you are not attempting to deal with the real issues." Jackson ended up prevailing 55-41.