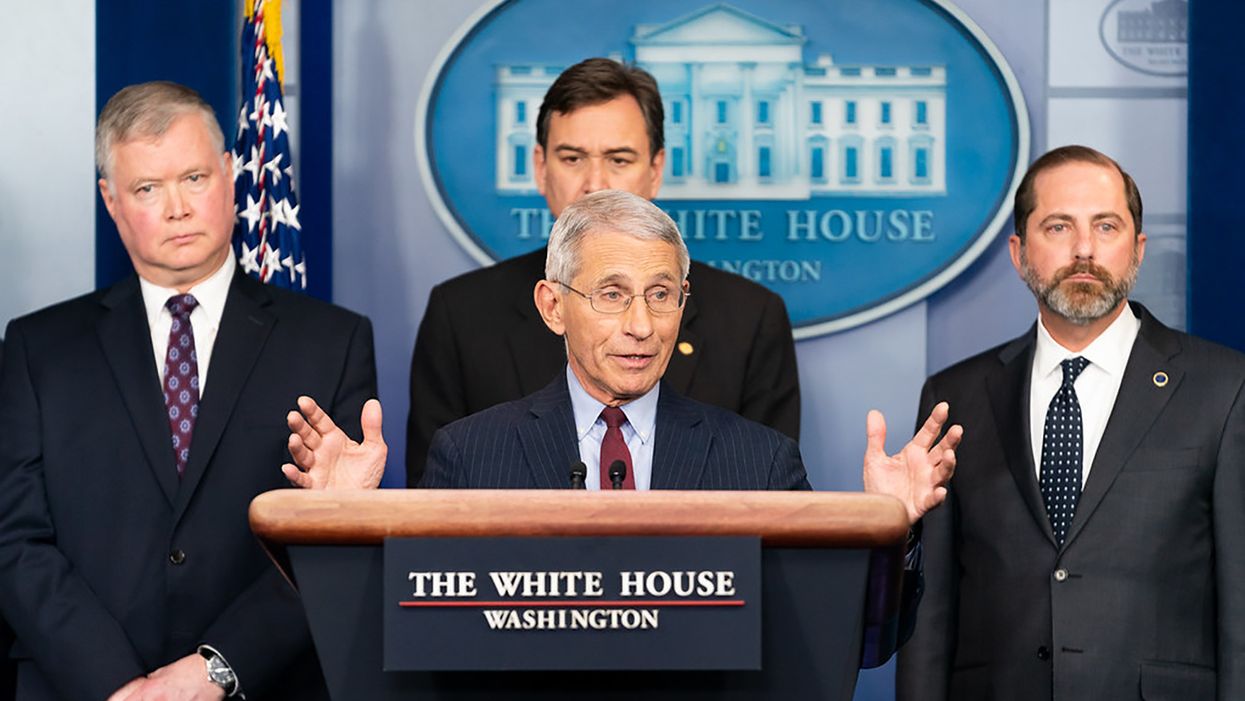 The second Monday morning in a row brings good coronavirus vaccine news: Moderna has followed Pfizer in announcing preliminary results for its Phase 3 trial of a vaccine. Pfizer got a big round of cheers when it reported 90% efficacy—and Moderna is reporting 94.5% efficacy so far in its trial. Of the 95 participants in the trial who contracted COVID-19, 90 had received the placebo and just five had received the vaccine, and none of the 11 severe cases had gotten the vaccine.

Moderna expects to have 20 million doses—enough for 10 million people, since the vaccine requires two doses—by the end of 2020. Pfizer expects to have 50 million doses of its vaccine, which similarly requires two doses, by the end of the year. That, unfortunately, means early distribution will fall under Donald Trump's sway. And Trump's refusal to admit he has lost the election is creating a problem for continuing vaccine distribution after January 20, 2021, when President-elect Joe Biden becomes President Joe Biden.

The Biden administration needs to be able to hit the ground running on vaccine distribution—lives depend on it. "Of course it would be better if we could start working with them," Dr. Anthony Fauci said on CNN's State of the Union, comparing it to passing the baton in a relay race: "You don't want to stop and then give it to somebody," he said. "You want to just essentially keep going." Trump's extended refusal to admit the reality of his loss threatens that.

"We need to be talking to them as quickly as possible," Biden's incoming White House chief of staff Ron Klain said on Meet the Press. "It's great to have a vaccine, but vaccines don't save lives: vaccinations save lives. And that means you've got to get that vaccine into people's arms all over this country. It's a giant logistical project."

Having that giant logistical project administered by the Biden administration, at least after the first month, will be a huge benefit for the nation. But Trump could throw a wrench into the process, and that's just the kind of thing he'd enjoy doing.

Moderna's vaccine does have one significant logistical advantage over Pfizer's. While it too needs to be stored at cold temperature, there's a significant difference in how cold: minus 4 degrees Fahrenheit for Moderna, and minus 94 Fahrenheit for Pfizer. Moderna's vaccine can also be refrigerated for 30 days and left at room temperature for 12 hours. That will make distribution easier, though other vaccines are in trials that don't require refrigeration at all, and that require only one dose instead of two.

Good news is on the way, medically and politically. We need to hunker down, keeping ourselves and others safe through the coming dark, difficult months, and get through to the other side.