'They're holding the whole country hostage': How Mitch McConnell flouts the will of the American people 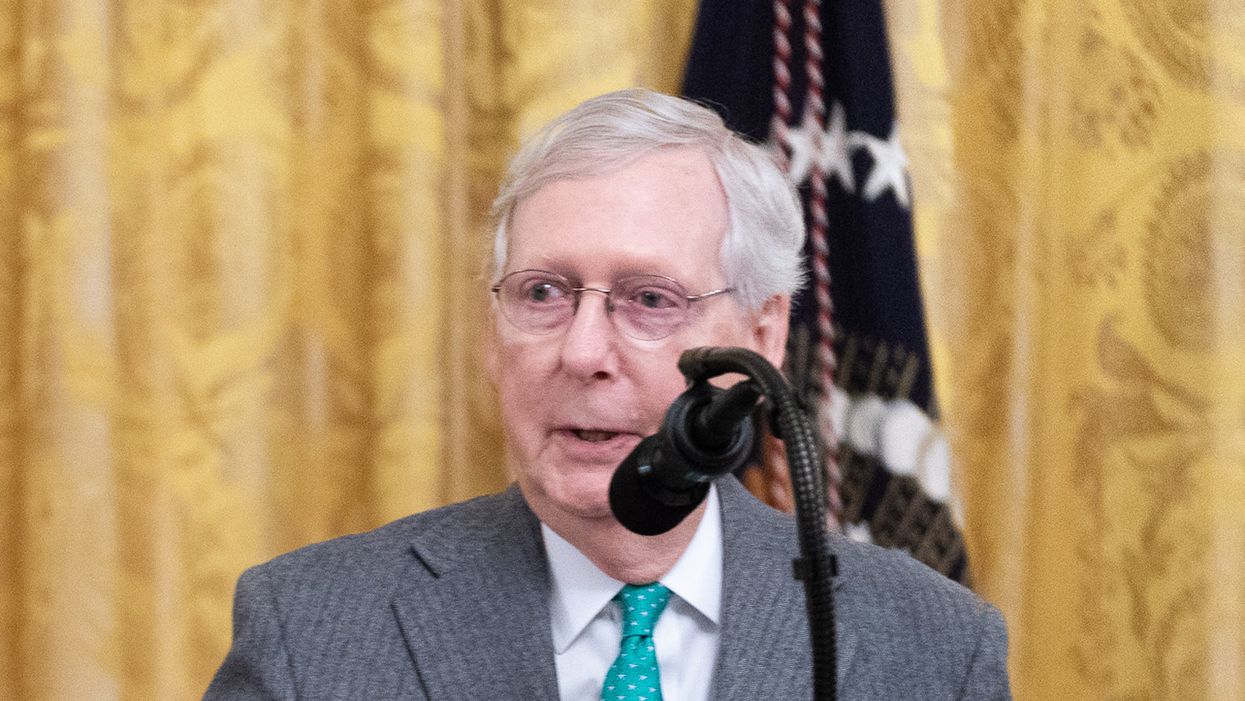 Tim O'Daniel and his coworkers at Cleveland Clinic Akron General confront additional cases of COVID-19 every day in a hospital so busy it's sometimes difficult to find an empty bed.

They're also battling rising frustration after waiting months for comprehensive coronavirus testing and other federal resources essential to containing the pandemic.

Americans voted overwhelmingly in the November 3 election to support the nation's health care workers and go on the offensive against COVID-19.

But while President-elect Joe Biden assembles a team of scientific advisers and finalizes his strategy for defeating the virus, there's no reason to wait until he takes office on January 20 to begin turning the corner.

Americans can come together to demand that the Republican-controlled Senate immediately pass a commonsense bill providing coronavirus testing, contact-tracing programs and funds that states could use to give hazard pay to essential workers, like health care professionals.

Right now, one person—Senate Majority Leader Mitch McConnell—stands in the way of America's fight against COVID-19. Instead of rushing to give Americans the support they demand, he defies the will of the people and lets the bill languish while the pandemic death toll mounts.

The House already approved the bill, known as the Health and Economic Recovery Omnibus Emergency Solutions (HEROES) Act, which would also set workplace safety standards for the duration of the pandemic and ensure a reliable supply of personal protective equipment (PPE) for the frontline workers putting themselves in harm's way.

McConnell refused to take up the HEROES Act before the election—even as infection rates soared—because saving lives meant less to him than ramming through Justice Amy Coney Barrett's confirmation to the Supreme Court and cementing the court's right-wing majority for decades to come.

"The confirmation of that justice did nothing to help the American people right now," observed O'Daniel, who's infuriated that McConnell and other Republican senators "can act on a dime" for partisan political gain while dithering for months on measures essential to controlling COVID-19.

"Cleveland Clinic Akron General is inundated with COVID patients right now," he said. "We don't see any kind of lull in the positive cases. They keep coming. We don't see any outside help."

It wasn't enough for McConnell to put politics before Americans' safety in the run-up to the election.

He's now flouting the marching orders that American voters issued on Election Day, when they braved COVID-19 and turned out in record numbers to demand not only a comprehensive pandemic response but also decisive steps to rebuild the nation's shattered economy.

Americans overwhelmingly favor the kinds of economic measures included in the HEROES Act, such as another round of $1,200 stimulus checks to help low- and moderate-income families make ends meet during the crisis. The bill would also extend $600 per week in federal unemployment benefits and emergency health care to millions of workers who lost jobs through no fault of their own, while also protecting the unemployed from eviction and mortgage foreclosure.

However, McConnell opposes aid to ordinary Americans—and even made the ridiculous claim that some workers would rather receive unemployment benefits than return to the jobs the pandemic took from them.

Instead of aiding O'Daniel and other health care workers overrun with COVID-19 patients, he worries about protecting corporations from what he fears will be a flood of lawsuits filed by workers and customers they recklessly exposed to the virus.

And so, although the American people want a stimulus bill to be the Senate's top priority, McConnell and his Republican cronies refuse to act.

The company laid off more than 100 of Greve's members in July. A few moved to take jobs in other cities. But most just struggle to get by while hoping the economy will improve and enable them to return to work.

"A stimulus program is going to have to fill the gap here," Greve said, noting workers laid off from many other businesses in the Davenport area face similar hardships. "They need help."

O'Daniel knows that Biden will take office on January 20 with decisive measures to defeat the virus and restore the economy.

But it angers him to think that while he and other health care workers do their part to fight COVID-19 every day, McConnell just sits on his hands as the pandemic rages. Further delay in attacking the virus, O'Daniel noted, will mean the needless deaths of many more good-hearted Americans like the coworker he'd known for 25 years.

"This can't wait," O'Daniel said. "We needed help a long time ago."