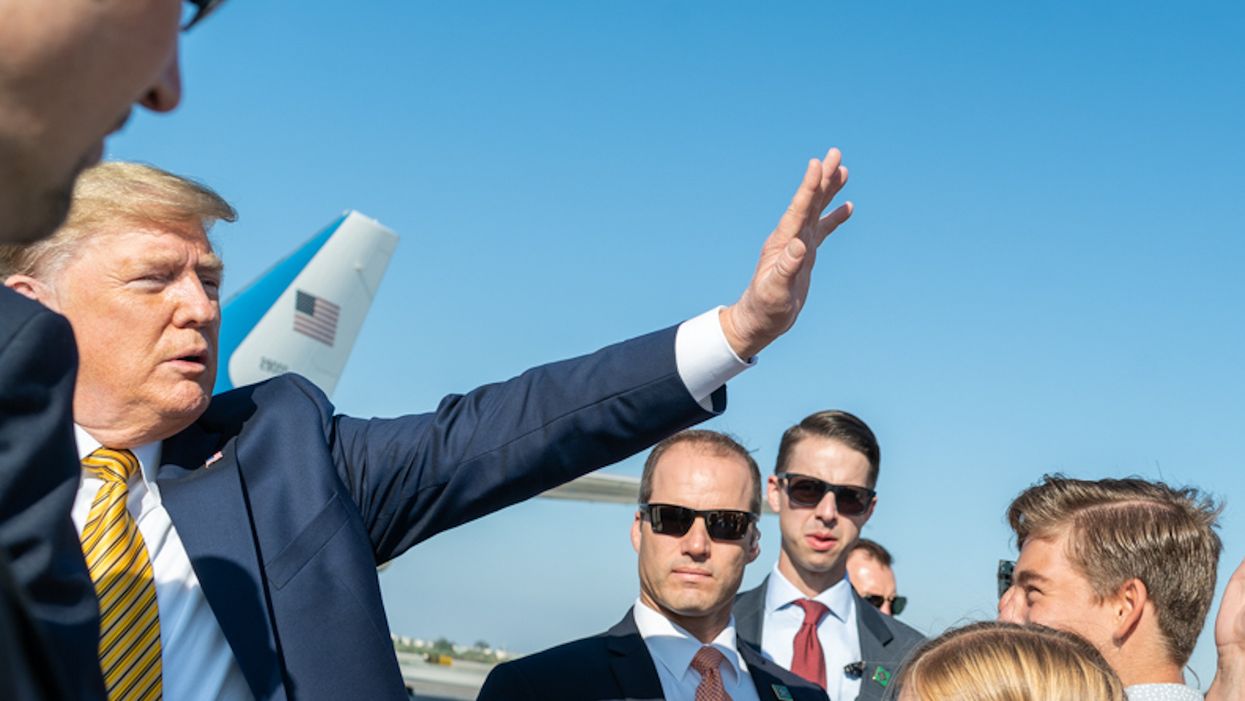 Many of the major cities in battleground states where President Donald Trump and his legal team have been trying to void the election results have large African-American communities, including Detroit, Atlanta, Philadelphia (which is 43% Black) and Milwaukee. A lawsuit filed by attorneys for the NAACP Legal Defense and Educational Fund alleges that the Trump campaign and GOP lawyers have committed violations of the Voting Rights Act and are trying to disenfranchise Black voters, and the federal judge who will be overseeing the case is Emmet G. Sullivan — who is known for his decision in the Michael Flynn criminal case.

NAACP attorneys filed the lawsuit on behalf of the Michigan Welfare Rights Organization and three Black voters who voted in the 2020 presidential election: Nicole L. Hill, Maureen Taylor and Teasha K. Jones, all of whom are alleging that their voting rights were violated when Trump tried to overturn the election results.

In the lawsuit, the plaintiffs explain, "Repeating false claims of voter fraud, which have been thoroughly debunked, (Trump and his campaign) are pressuring state and local officials in Michigan not to count votes from Wayne County, Michigan (where Detroit is the county seat), and thereby disenfranchise hundreds of thousands of voters. Defendants' tactics repeat the worst abuses in our nation's history, as Black Americans were denied a voice in American democracy for most of the first two centuries of the republic."

The plaintiffs go on to say, "The Voting Rights Act of 1965 flatly prohibits (those) efforts to disenfranchise Black people and assault our republic. This is a moment that many of us hoped never to face. But we are here, and the law is clear. It is time to enforce it."

Although President-elect Joe Biden's victories in Pennsylvania, Michigan, Nevada and other battleground states have been certified, a right-wing pro-Trump group, the Wisconsin Voters Alliance, has filed a lawsuit in the hope of preventing the Wisconsin Elections Commission from certifying Biden's win in that Rust Belt State. Wisconsin Attorney General Josh Kaul, a Democrat, has slammed the lawsuit as a power grab and a sleazy, unethical effort to disenfranchise Wisconsin voters.

In Pennsylvania, Trump's attorneys, including former New York City Mayor Rudy Giuliani, sued in the hope of getting millions of votes thrown out. But their efforts were unsuccessful, and Pennsylvania's 20 electoral votes were certified for Biden.

Sherrilyn Ifill, director of the NAACP Legal Defense and Educational Fund, told Law & Crime, "For two weeks, the president and his campaign have been spreading misinformation and making baseless accusations of voting irregularities in cities with large concentrations of Black voters who participated in record numbers in this election. The president's use of dog whistles to suggest the illegitimacy of votes cast by Black voters in Detroit, Philadelphia, Milwaukee and Atlanta are an appeal to a dangerous and corrosive racialized narrative of voter fraud."

Ifill also told Law & Crime, "Equally alarming have been the president's attempts to pressure state and local officials in Michigan — first with a demand that votes in Detroit not be counted and now, more recently, urging officials to refuse to certify votes from Wayne County. Our action seeks to protect the integrity of the votes cast by Black voters in Detroit from the president's attempts to overturn the will of voters expressed at the ballot box."

The 73-year-old Judge Sullivan, a graduate of the Howard University School of Law, is known for his decisions in the United States of America v. Michael T. Flynn — the criminal case against former National Security Adviser Flynn, who served in the Trump Administration in 2017.