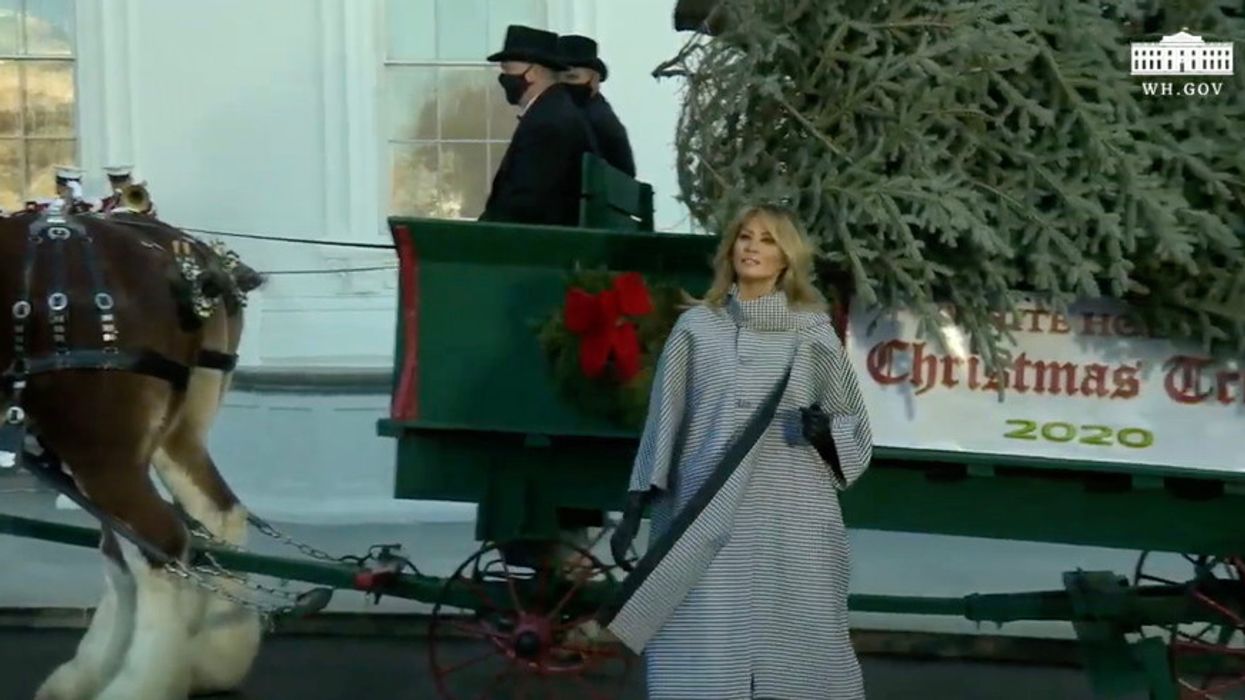 First Lady Melania Trump, sans a face mask, on Monday participated in the receiving of the White House Christmas tree, an annual event going back to the 19th century. Many wondered if she would appear, after being exposed by her former staffer and friend, using foul language to complain about having to decorate the White House last year.

In a series of damning conversations in which she also used profanity to complain about the children her husband separated from their families, the First Lady had said, "who gives a f**k about Christmas stuff and decoration?"

In one segment from 2019 the First Lady also complained, "they said, 'Oh, what about the children that they were separated?' Give me a f**king break."

She went on to conflate the two topics.

"They say I'm complicit. I'm the same like him, I support him. I don't say enough. I don't do enough," she told Stephanie Winston Wolkoff, who recorded the First Lady's profane complaints. "I'm working like a — my ass off at — Christmas stuff that you know, who gives a f*** about Christmas stuff and decoration? But I need to do it, right? Correct? Okay, and then I do it. And I say that I'm working on Christmas planning for the Christmas. And they said, 'Oh, what about the children that they were separated?' Give me a f***ing break. Where they were saying anything when Obama did that?"

Here's how some are reacting: