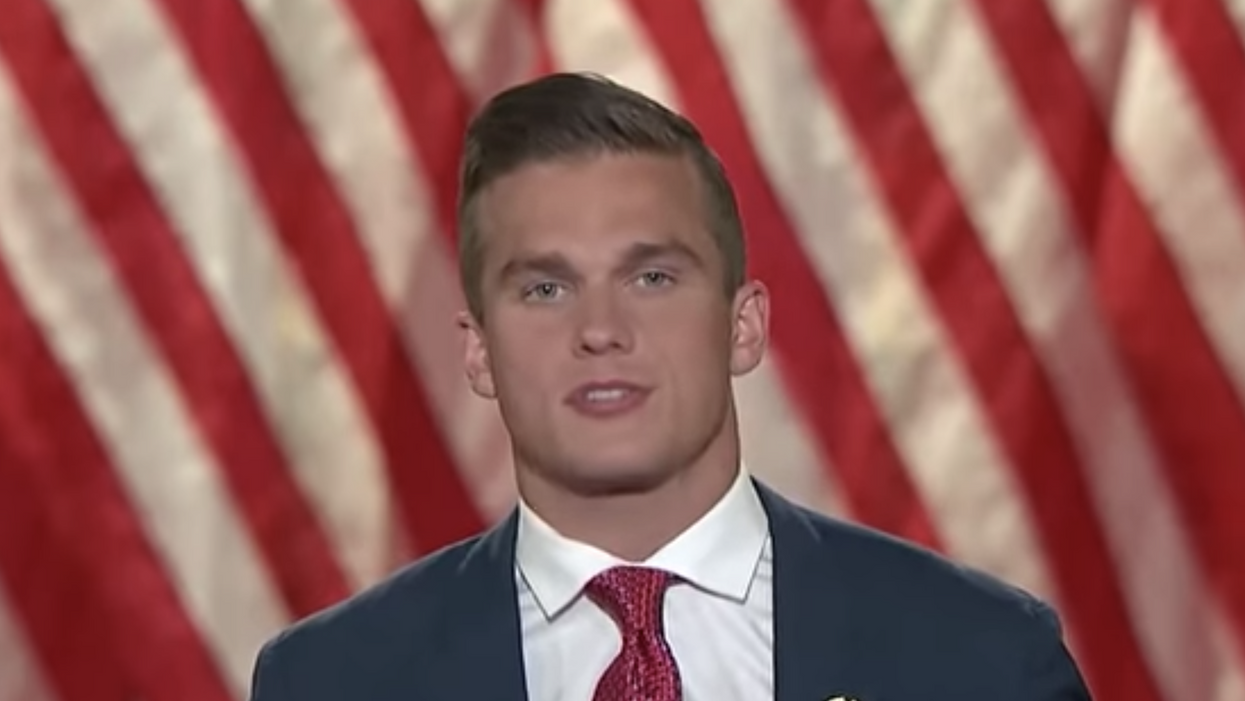 GOP congressman-elect Madison Cawthorn of North Carolina has quickly made a name for himself in many ways. At 25, he's just become one of the youngest Americans ever elected to Congress.

During the campaign Cawthorn was accused of being anti-Semitic and supportive of Adolf Hitler after an Instagram post was uncovered showing not only has he visited "The vacation house of the Führer," as he wrote, in Germany, but he gloated about it, saying it had been on his bucket list.

Now Cawthorn is once again under fire, and unsurprisingly it's about comments he made about Jewish people in an interview with Jewish Insider.

A devout Christian, Cawthorn bragged that he personally has tried to convert Jews to Christianity. He confessed that while he has been successful converting "a lot" of Jews, but not those who are devout.

He seems to believe, as Jewish Insider reports, that it is his duty as a Christian to convert as many people as possible. He also suggests that "culturally Jewish people" are not real Jews.

Cawthorn says he tried "unsuccessfully" to convert Jews but then adds, "I have switched a lot of, uh, you know, I guess, culturally Jewish people."

"But being a practicing Jew, like, people who are religious about it, they are very difficult. I've had a hard time connecting with them in that way."

Jewish Insider's Matthew Kassel writes, "Cawthorn expressed a similar sentiment during a July 2019 sermon at a church in Highlands, North Carolina."If you have Jewish blood running through your veins today," he told the crowd, mulling on a chapter from the Gospel of Mark, "this might not mean as much to you, but for someone like me, who's a gentile, this means a lot."

He's once again under fire.