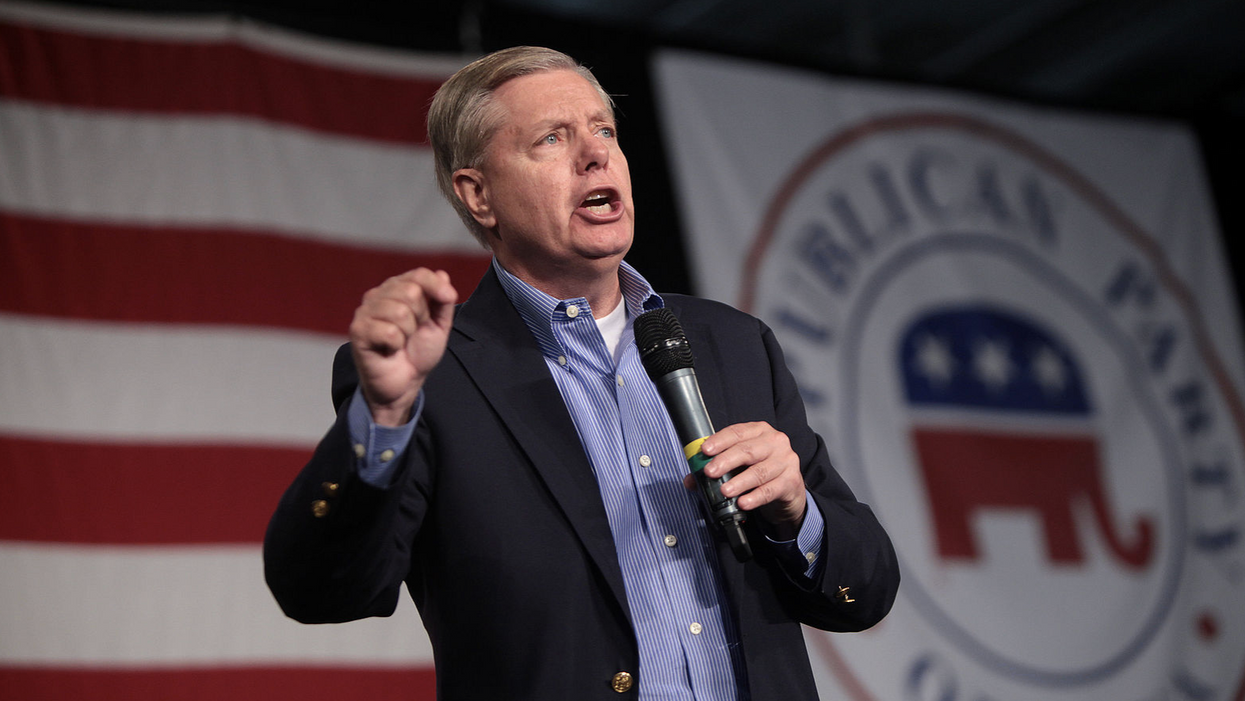 As President Donald Trump on Wednesday continued to call his loss to President-elect Joe Biden the result of a "rigged election" without a shred of evidence to support his mounting claims of voter fraud, demands kept piling up for probes—and even the resignation—of Republican Sen. Lindsey Graham, in light of his election interference efforts in Georgia.

Graham, a South Carolina Republican who held onto his key seat in this cycle, has faced an onslaught of criticism this week after Georgia's GOP Secretary of State Brad Raffensperger told the Washington Post that the Senate Judiciary Committee chairman had appeared to suggest finding a way to toss out legally cast ballots in a state narrowly lost by Trump.

The senator has dismissed allegations that he tried to interfere in Georgia's election process as "ridiculous," while admitting he's also been in touch with officials in Arizona and Nevada—which both have been called for Biden—"as a United States senator who is worried about the integrity of the election process nationally, when it comes to vote by mail."

Amid Graham's denials of improper interference and a statewide hand recount in Georgia ordered by Raffensperger ahead of the November 20 certification deadline—which is not expected to alter Biden's projected 306 electoral votes to Trump's 232—civil rights advocates and Democratic lawmakers have demanded that Graham be held accountable for his actions.

Rep. Pramila Jayapal (D-Was.), co-chair of the Congressional Progressive Caucus, has repeatedly demanded this week that he resign in the name of accountability and justice:

In a televised interview Tuesday, Rep. Hakeem Jeffries (D-N.Y.) told MSNBC's Ari Melber, "It appears that Lindsey Graham may have crossed the line into illegality as part of an effort to rip away Joe Biden's victory in Georgia, and perhaps this is part of a scheme to try to steal this election in other places."

While calling for accountability if the senator's actions are deemed illegal, Jeffries added more broadly that the Trump campaign, Trump attorney Rudy Giuliani, and Graham are all "out of control" and they seem to be suggesting that their efforts to "poison" U.S. democracy are "just not going to stop."

The co-chairs of the Leadership Conference on Civil and Human Rights' Voting Rights Task Force—the NAACP Legal Defense and Educational Fund, MALDEF, and Lawyers' Committee for Civil Rights Under Law—said in a joint statement Wednesday that they "are deeply disturbed by the allegations" against Graham—which, "if true, are of the same character as the myriad voter suppression tactics witnessed in this election and are focused on the same objective of denying the right to vote."

"To suggest, directly or indirectly, that any election official act in such a manner is an affront to the democratic process and may violate the law," the statement continued. "Our democracy hinges on one fundamental principle—counting every vote. It is an obligation, a moral imperative, and a duty that upholds our sacred right to choose our leaders."

Others issued similar calls for investigations and encouraged Graham to step down from his committee appointment:

Kristen Clarke, president and executive director for the Lawyers' Committee for Civil Rights Under Law, on Tuesday called for the Justice Department to open an investigation into any potential federal criminal election law offenses by Graham.

Clarke also called for a probe by the Senate Select Committee on Ethics, and said that "a public official using his office to potentially pressure a state official to discard ballots cast by eligible voters is deeply troubling conduct that should not be tolerated in our democracy."

"Voters across Georgia, Nevada, and Arizona overcame tremendous obstacles in order to have their voices heard this season," she added. "A potential attempt made by one of our nation's most senior officials to disenfranchise them after the fact should not be taken lightly."