'Like a lunatic on the subway': Trump's national security adviser is warning staff they'll be fired for mentioning Biden’s name 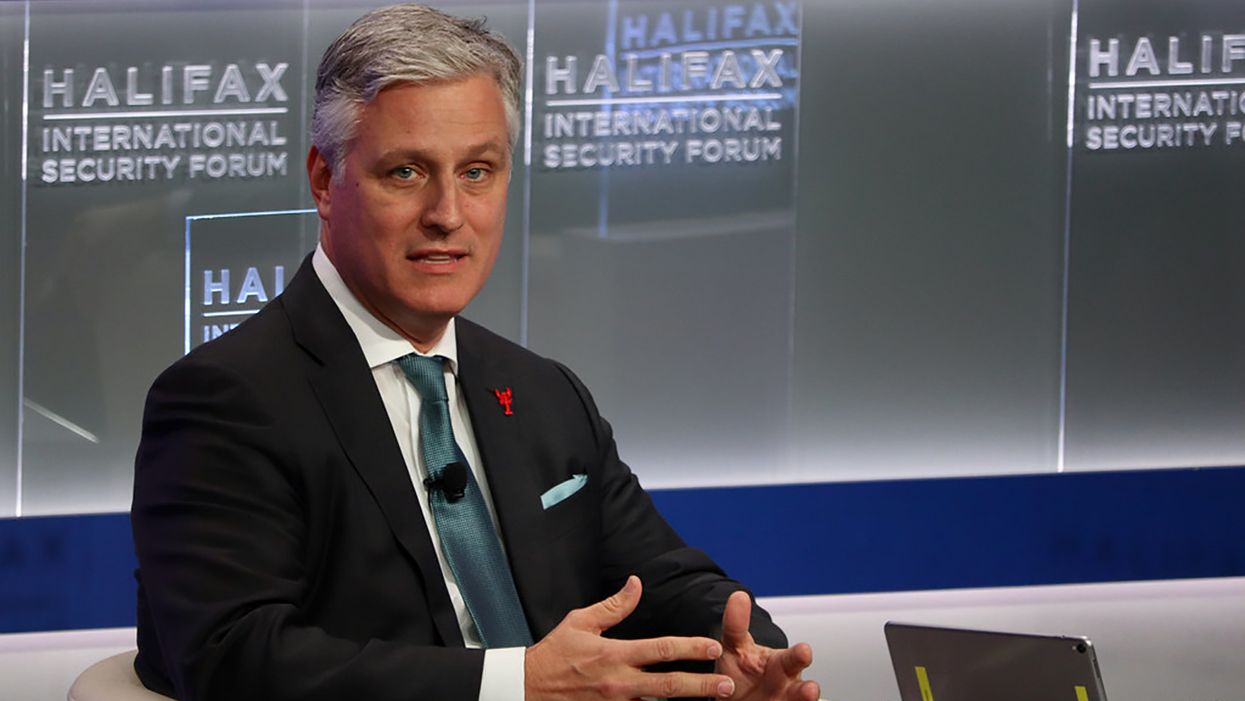 Assistant to the President for National Security Affairs Robert O'Brien participates in a Halifax chat at HISF 2019.
Alex Henderson
November 12, 2020

In the months leading up to the 2020 presidential election, countless pundits predicted that if President Donald Trump lost to former Vice President Joe Biden, he would respond with a childlike temper tantrum and refuse to accept the election results — and sure enough, Trump is doing exactly that. Trump has yet to concede to President-elect Biden, making the baseless claim that he was robbed of a victory by widespread voter fraud. And according to a team of four Daily Beast reporters, the outgoing president is so sensitive about losing to Biden that National Security Adviser Robert O'Brien is telling his staff they will be fired even if they even mention Biden's name in Trump's presence.

Journalists Erin Banco, Spencer Ackerman, Asawin Suebsaeng and Noah Shachtman, in an article published by the Beast on November 12, report that O'Brien is "enabling the mayhem" in the White House, according to "senior officials" who were interviewed on condition of anonymity.

"One official claimed that O'Brien has been supportive of a peaceful transfer of power, joking in a Monday event about Trump's loss and directing his staff to begin drafting transition materials," the Beast reporters explain. "But three other officials told the Daily Beast that O'Brien has emerged as one of Trump's biggest enablers at a decisive moment, supporting the president's bid to retain power even though it is being waged through a nationwide disinformation campaign."

After the election, Trump fired Defense Secretary Mark Esper — and Axios has reported that other possible post-election firings could include CIA Director Gina Haspel and FBI Director Christopher Wray. O'Brien, according to Beast sources, encouraged the firing of Esper.

"This week, officials say, O'Brien supported the removal of several top officials at the Pentagon and favored Christopher Miller, a former NSC official who moved to the National Counterterrorism Center, to replace Esper as secretary of defense," Banco, Ackerman, Suebsaeng and Shachtman report. "He also approved of the installation of Kash Patel as Miller's chief of staff, officials said. Patel worked previously under O'Brien at the National Security Council. One senior official described Miller and Patel as 'O'Brien's boys.' Patel is also said to be close with another former NSC colleague, Ezra Cohen-Watnick, who is now the Pentagon's senior intelligence official."

So far, Biden hasn't even had access to intel briefings — prompting Republican Sen. James Lankford of Oklahoma to say that he is going to intervene soon if the president-elect doesn't gain access to the highly classified President's Daily Brief.

However, O'Brien, according to a national security official, isn't even allowing his staff to mention Biden's name around Trump. That source told the Beast, "If you even mention Biden's name…. that's a no-go. You'd be fired. Everyone is scared of even talking about the chance of working with the (Biden) transition."

NEW: “It's like dealing with a lunatic on the subway. Everyone just kind of sits and stares ahead, pretends they ca… https://t.co/xyHhcIAVJP
— Noah Shachtman (@Noah Shachtman)1605148044.0

A senior White House official, asked if it's true that O'Brien's staff aren't even allowed to mention Biden's name in Trump's presence, jokingly told the Beast, "Sure, you can say his name — if you're talking about who lost the election to the president."

But O'Brien's staff aren't the only ones who are afraid to discuss the fact that Trump lost the election — that is true of the Trump White House in general following the election, according to the Beast.

A Republican source described by Banco, Ackerman, Suebsaeng and Shachtman as someone close to the outgoing Trump Administration told the Beast, "It's like dealing with a lunatic on the subway. Everyone just kind of sits and stares ahead, pretends they can't hear him, and waits for him to eventually get off."

Another GOP source described as someone "close to the Administration" expressed disgust that Trump and his allies are doing nothing to help the next president of the United States.

"(Trump) has to go," that frustrated Republican told the Beast. "His team is seeping already. I've passed along four resumes today. I really think the worst for him is that all this just kind of goes on without him. He'll sulk out the door, and my guess is Biden walks into an empty White House…. What a fucking clown show."