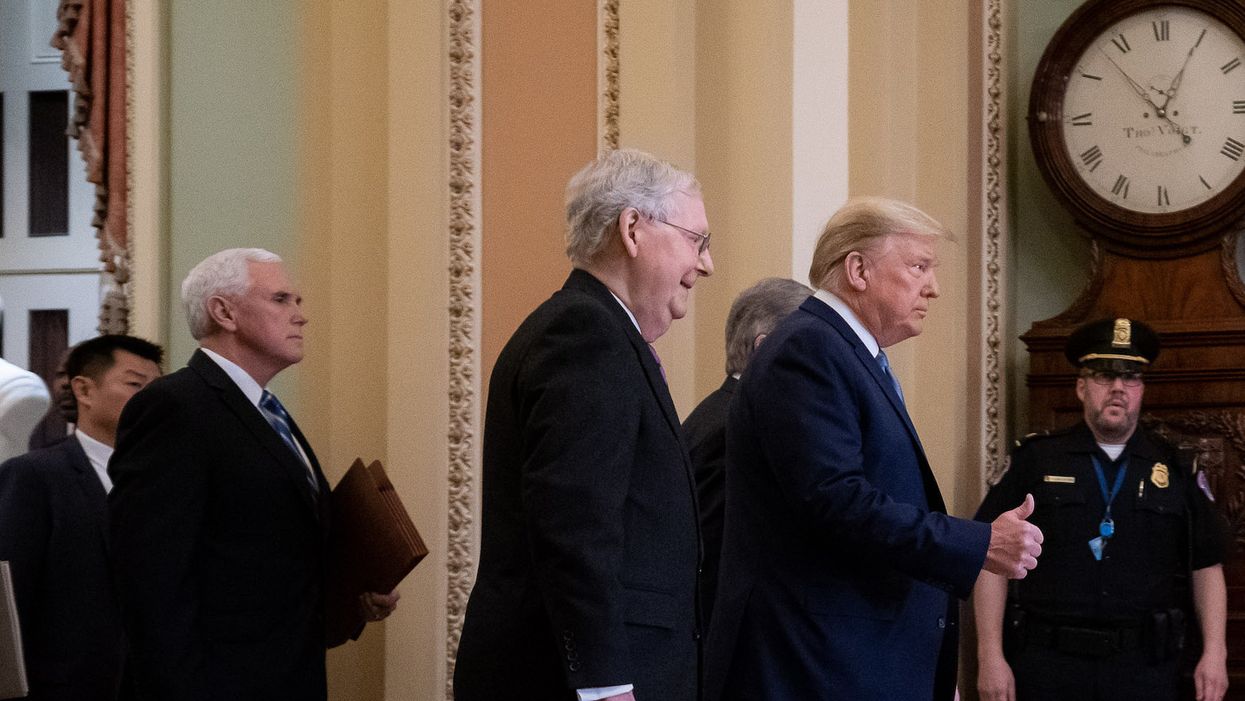 For decades, right-wing talk radio hosts have slammed Democrats for being overly litigious — yet President Donald Trump, who is adored by many white talk radio hosts, is one of the most litigious presidents in U.S. history. Trump and his supporters in the Republican Party are hoping they can use the legal system to overturn the results of the 2020 presidential election, which President-Elect Joe Biden has won by more than 4.2 million votes. And according to a New York Times article published on November 9, law firms representing Trump's campaign are becoming increasingly uncomfortable by his frivolous lawsuits.

Times reporters David Enrich, Jessica Silver-Greenberg and Rachel Abrams explain, "Doing business with Mr. Trump — with his history of inflammatory rhetoric, meritless lawsuits and refusal to pay what he owes — has long induced heartburn among lawyers, contractors, suppliers and lenders. But the concerns are taking on new urgency as the president seeks to raise doubts about the election results."

The Times journalists cite Jones Day as a major law firm that is representing Trump, noting that "senior lawyers" are "worried that it is advancing arguments that lack evidence and may be helping Mr. Trump and his allies undermine the integrity of American elections, according to interviews with nine partners and associates, who spoke on the condition of anonymity to protect their jobs." And at the Columbus, Ohio-based Porter, Wright, Morris & Arthur, according to Enrich, Silver-Greenberg and Abrams, "lawyers have held internal meetings to voice similar concerns about their firm's election-related work for Mr. Trump and the Republican Party, according to people at the firm. At least one lawyer quit in protest."

Jones Day and Porter, Wright, Morris & Arthur, the Times reporters note, "have filed at least four lawsuits challenging aspects of the election in Pennsylvania. The cases are pending."

According to Enrich, Silver-Greenberg and Abrams, federal records shows that Jones Day has "received more than $20 million in fees from the Trump campaigns, political groups linked to Mr. Trump and the Republican National Committee" since 2015.

Republican elections lawyer Benjamin L. Ginsberg, one of the conservatives who endorsed former Vice President Biden in the 2020 election, left Jones Day in August — and he has been stressing that Trump's claims of widespread voter fraud are nonsense. In a Washington Post op-ed, Ginsberg wrote, "The president's inflammatory language undercuts the claim that Republicans seek merely to uphold statutory safeguards needed to validate the results' credibility."

"In recent days, two Jones Day lawyers said they had faced heckling from friends and others on social media about working at a firm that is supporting Mr. Trump's efforts," Enrich, Silver-Greenberg and Abrams report. "A lawyer in Jones Day's Washington office felt that the firm risked hurting itself by taking on work that undermined the rule of law."

The Times journalists report that "over the summer, some lawyers at Porter Wright were dismayed to learn that the firm would be representing the Trump campaign in Pennsylvania, according to three current and former employees. Chief among their concerns: How could lawyers, whose profession is based on the rule of law, represent someone who they felt had frequently tried to flout it? One lawyer said he was concerned that the firm might be asked to try to delay the election. Another said he quit in response to the decision to represent Mr. Trump in Pennsylvania."