Survivor of the Jonestown Massacre compares Trump to Jim Jones: 'The rhetoric is so similar' 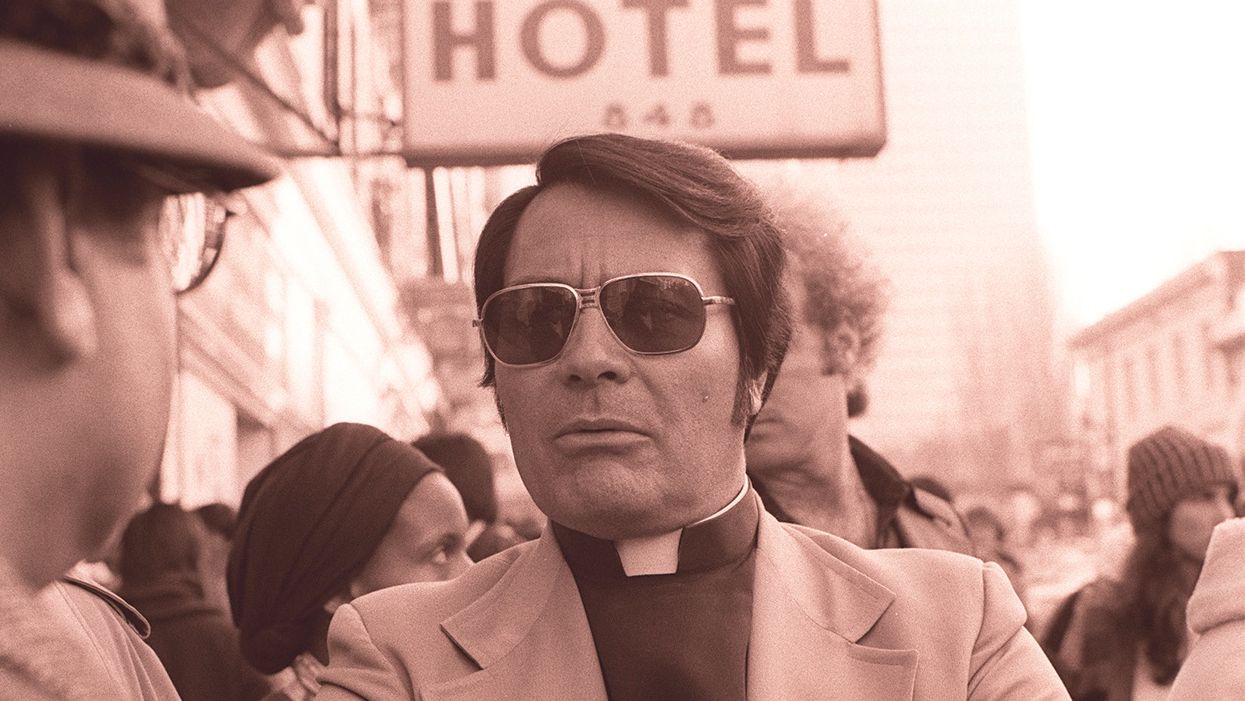 It was 42 years ago, on November 18, 1978, that cult leader Jim Jones encouraged a mass suicide in Guyana — where more than 900 of his followers died after drinking Flavor-Aid (a drink similar to Kool-Aid) that had been laced with poison. KRON-TV in Northern California, on the 42nd anniversary of the Jonestown Massacre, discussed the tragedy with some of the survivors — and one of them compared Jones to President Donald Trump.

Jones' cult, the People's Temple, was founded in San Francisco, where he persuaded hundreds of his followers to join him in a settlement he set up in the South American country of Guyana — and he named that settlement, Jonestown, after himself. Yulanda Williams, a People's Temple member, went to Jonestown with her husband and her one-year-old daughter. Williams, who avoided the Jonestown Massacre, explained to KRON why Trump reminds her so much of Jones.

Williams told KRON, "I sometimes listen to our commander in chief — he sounds so much (like him), and the rhetoric is so similar to that of Jim Jones. But it is absolutely eerie for me, and I think that over 240,000 people have lost their lives due to COVID. When we say Jonestown is the most tragic incident of a massacre of people, I say don't forget about the commander in chief who is responsible for the deaths of hundreds of thousands of people."

Williams believes that Trump has a cult-like appeal — and she compares deaths from COVID-19 in the United States to the Jonestown Massacre. Williams isn't the only one who has compared Trump to Jim Jones. Attorney Paul Morantz, reflecting on the COVID-19 pandemic, made a Trump/Jones comparison in a scathing op-ed posted on his blog in July. Morantz has first-hand experience with cult members: in 1978, members of Synanon tried to kill the anti-cult attorney by placing a rattlesnake in his mailbox.

During the KRON interview, Williams recalled that after she arrived at Jonestown with members of her family, they were told to hand over their passports and their money.

"My husband looked at me, and I looked at him — we couldn't say anything to each other but (realized) that a grave, grave mistake had been made," Williams recalled.

In 1977, about a year before the Jonestown Massacre, Williams managed to convince Jones to let her family leave Jonestown.

Williams remembered, "People are being malnourished. People are being physically punished, verbally abused. There was consistent brainwashing going on because all day long and all night long when you try to sleep, all you would hear was him on the PA system yelling and screaming."

Another People's Temple member who lived to talk about the Jonestown Massacre was Pastor Hue Fortson. About two months before the Massacre, Fortson was ordered to leave Jonestown and return to San Francisco. But his wife and four-year-old son were not allowed to leave and died on November 18, 1978.

Fortson, 42 years later, told KRON, "I felt like I was less than two cents. I gave up on my parenting rights, I gave up on my husband rights. I gave up my rights just as a person because I believe this man had a better plan than myself — and it took time, it took prayer. It took me coming to a place of recognizing and realizing that I, like everybody else, I'm important in this world. I'm not an accident."

Reports of abuses at Jonestown inspired the late Democratic Rep. Leo Ryan of California to fly to Guyana to investigate. Ryan was killed on November 18, 1978, but not by drinking poisoned Flavor-Aid. Rather, Ryan — along with three journalists and a People's Temple member — was gunned down by Jones' followers at an airstrip in Port Kaituma, Guyana. A Ryan aide, Democrat Jackie Speier, was shot five times during that ambush but survived. Speier, who is now 70, has been serving in the U.S. House of Representatives since 2008 and was reelected on November 3.

The Jonestown Massacre was so horrifying that the expression "drinking the Kool-Aid" has come to mean blindly accepting bad information and not questioning it.