Is Joe Biden ready for the urgency of the climate crisis? 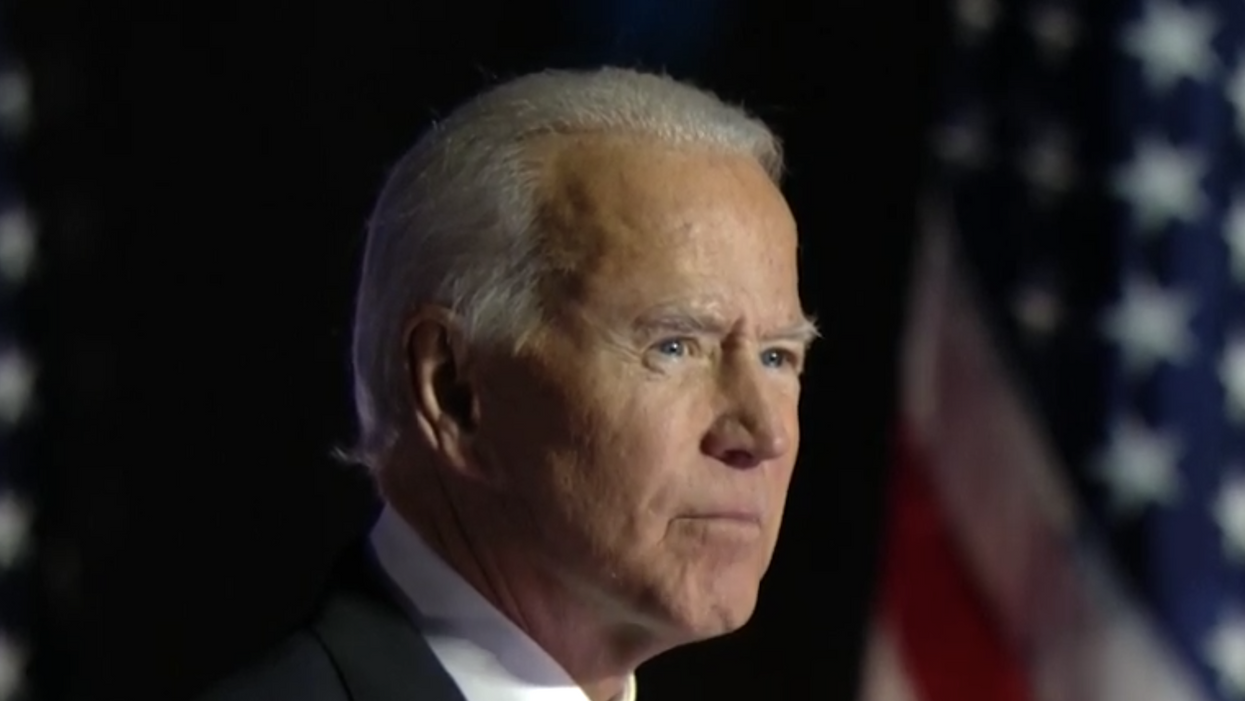 During his campaign, president-elect Joe Biden declared climate change the "number one issue facing humanity" and vowed a national transition from fossil fuels to renewable energy that he said would create millions of new jobs. Now the question is: Will he follow through?

The last Democratic president, Barack Obama, had a mixed environmental record. He signed the Paris climate accord and gave a modest boost to clean energy production. His administration gets credit for issuing higher standards for automobile fuel emissions, and to reduce electricity in appliances, from dishwashers to walk-in freezers. But under Obama, the Environmental Protection Agency dragged its feet against imposing CO2 standards for power plants and oil refineries, and wasted precious time pushing an ineffective cap and trade system, rather than a badly needed carbon tax.

The good news is that the candidate Joe Biden had the most ambitious plan addressing the climate crisis ever proposed by a major party nominee for president. His infrastructure and clean energy proposals included a pledge to achieve 100 percent clean electricity by 2035. To a number of observers, setting 2035 as the target appears unrealistic, but it's what the science tells us we must do. And a recent analysis by Professor Sonia Aggarwal from the University of California Berkeley School of Public Policy shows that 100 percent carbon-free electricity is achievable by 2035 due to plummeting solar, wind and battery costs.

Candidate Biden also has been seemingly undeterred by the $2 trillion price tag over four years, because he proposes the climate crisis as an opportunity to create millions of jobs, address systemic inequities, and correct environmental problems in communities most heavily affected by climate impacts.

But it's easy to make campaign promises. Now candidate Biden has to pivot to become President Biden. How feasible is it to achieve these goals? And what does it mean for those living in frontline communities?

It's an uphill climb, to be sure. To achieve his ambitious pillar for a "clean-energy revolution" means doubling the best rate of solar and wind deployment each year from 2020 to 2029—then tripling it each year from 2030 to 2035. This will need to go hand-in-hand with building a new energy grid, which is a key part of the plan to create half a million jobs annually, which cannot be shipped overseas. He will also need to eliminate emissions from the energy-producing sector, which would result in substantial health and environmental benefits.

A second pillar of his campaign's climate plan relies on reducing greenhouse emissions by setting higher efficiency standards for cars, buildings and appliances. This focus on efficiency is key, since the more energy we save, the less we need to produce with the new renewable sources. Increased efficiency involves energy audits, building upgrades and weatherization, and his climate plan calls for retrofitting four million buildings. It also proposes constructing 1.5 million energy-efficient new homes to help address the affordable housing crisis, all of which would create many jobs.

A third pillar, Biden's plan for increasing automobile efficiency involves rebates to trade in gas-guzzling vehicles for more efficient US-made cars. His plan also calls for transitioning to electric vehicles by installing a half a million EV charging stations. He proposed an environmental justice initiative that directs 40 percent of his investment in clean energy directly toward "fenceline" communities populated mainly by minorities and Indigenous communities that are disproportionately harmed by the impacts of climate change. His plan includes a pledge to plug abandoned oil and gas wells and reclaim abandoned mines that pollute the air or water near tribal communities. When environmental and health costs are added to the balance sheet, a clean energy grid turns out to be a lower-cost option compared to burning fossil fuels, so it could potentially save money.

Certainly, the Biden administration will rejoin the Paris climate pact to resume leadership in securing other nations' commitments. Even though Biden's plan may not be as ambitious or as comprehensive as the Green New Deal, it is more practical and very much in line with climate scientists' priorities. If enacted fully, it would result in transformational change.

But while his plan has the right "to do" items, and he will have a mostly cooperative House majority, how can he make progress given the Senate will likely remain in GOP hands?

For starters, Biden can sign a series of executive orders to achieve a number of important objectives, including 100 percent clean energy. He could declare a climate emergency, stop all new fossil fuel mining and drilling leases, and strengthen automobile efficiency and power plant emission standards initiated during Obama's tenure. Some Democrats from gas and coal states, like Montana's Jon Tester and Pennsylvania's Bob Casey who resisted Obama's climate policy efforts, have softened their stances recently, as the impacts of climate change have become more obvious. But others, such as Democratic Senator Joe Manchin from the big coal state of West Virginia, and currently ranking member of the Senate Energy Committee, might stall progress.

As a former longtime senator, Joe Biden has a deep understanding of the arcane ways of the Senate's process. He will need all of his political skill to wring something good out of this antiquated legislative body.

And President Biden will have public opinion on his side. According to a recent Pew Research Center study, almost 70 percent of registered voters said that climate change is a very (42 percent) or somewhat (26 percent) important issue in deciding how to cast their vote for president. Given the wildfires that have raged across the West, and a vicious hurricane season that pummeled the Atlantic coast and Gulf of Mexico, the impacts of climate change are no longer possible to ignore.

The best climate science says that we have perhaps ten years left to prevent catastrophic damage, including extreme heat, floods, drought, and poverty. Candidate Biden seemed to understand both the urgency and the opportunity in the climate crisis. Now it is up to President Biden to deliver. Much is at stake.

David Hastings is a climate scientist and retired professor of oceanography.
From Your Site Articles
Related Articles Around the Web
Report typos and corrections to: feedback@alternet.org.