Will Trump's last fight be against Howard Zinn -- and America's history teachers? 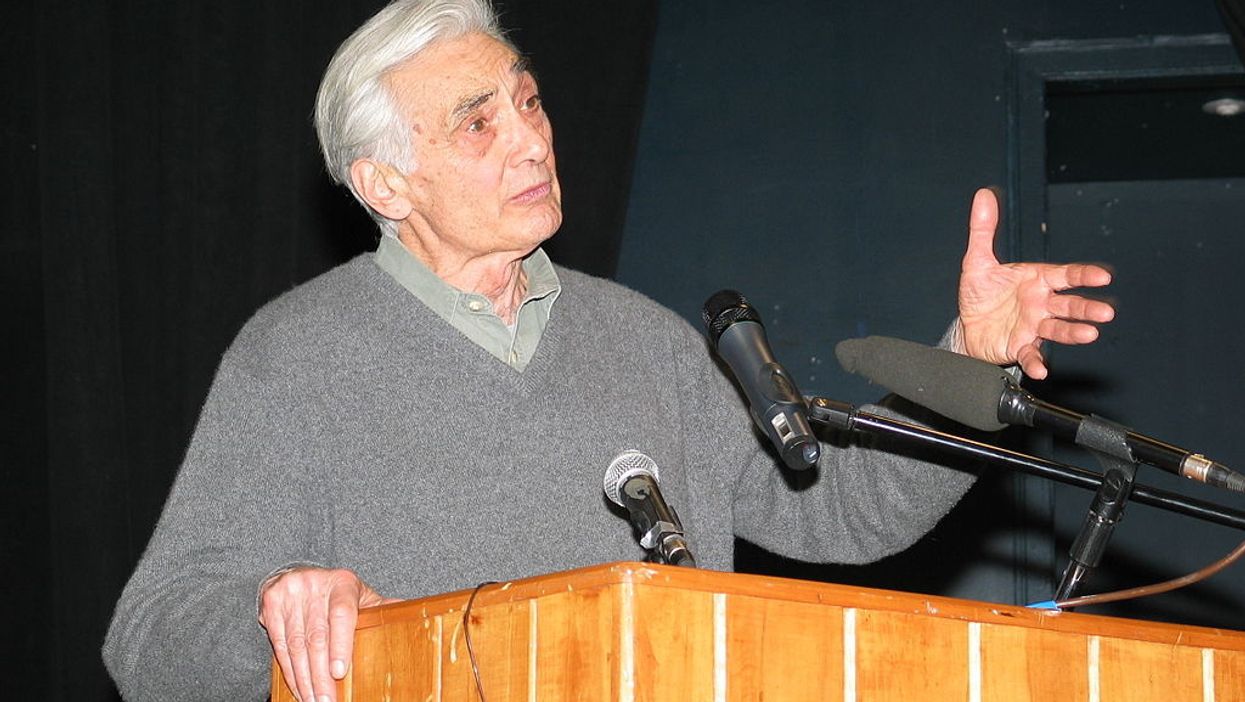 President Trump's speech at his recent White House Conference on American History slandered both history teachers and historians whose writings foregrounded the role of racial and class conflict in American history. Without evidence, he accused teachers of promoting a "twisted web of lies in our schools," indoctrinating their students in a version of our nation's history that led them to hate America. This was, he claimed "a form of child abuse in the truest sense of those words." Referring to the mostly non-violent nationwide Black Lives Matter protests against racist police violence as "left-wing mobs" fomenting "violence and anarchy," Trump again without evidence charged that this "left wing rioting and mayhem are the direct result of decades of left wing indoctrination in our schools." The first source of this alleged indoctrination named by Trump was the late Howard Zinn, author of the best-selling A People's History of the United States (1980), whom he depicts not as a historian but as a propagandist: " Our children are instructed from propaganda tracts, like those of Howard Zinn, that try to make students ashamed of their own history."

This presidential tirade against history teachers and Howard Zinn demonstrates Trump's ignorance of both. American history teachers in our nation's schools do not indoctrinate their students; they educate them via state mandated curricula and textbooks that are at least as respectful of the Founders of our republic as any mainstream politician, and promote democratic citizenship not mob violence. Howard Zinn's People's History of the United States is a work of history not propaganda. Zinn's book does stress the role of racial and class conflict and militarism in the American past, and so is considered too radical to be adopted as an official textbook by most school districts.

Trump gets the reality of school history education completely backwards. Far from being radical or so provocative as to seed leftist mob violence, most history instruction is actually too conservative, so lacking in controversy that it too often leaves students bored. This is why innovative teachers bring Zinn's work into schools, aiming not to indoctrinate but to engage students in authentic historical thought via debates contrasting select chapters from Zinn's iconoclastic history with their official, conventional US history textbooks. There are in Howard Zinn's papers at NYU hundreds of letters from high school students and teachers attesting that history came to life in their classrooms when they used the competing interpretations offered by Zinn and their textbooks to argue about Columbus' bravery as an explorer vs. the brutality of his conquests, Andrew Jackson's democratic politics vs. his responsibility for the Trail of Tears, whether the Mexican American war was an unjust US war of aggression, whether the atomic bombing of Hiroshima and Nagasaki was necessary to end World War II, and other important, thought provoking debates about American history.

Trump's charge that Zinn makes students feel "ashamed" of their history is false. Zinn had no interest in fostering shame, but rather wrote his People's History to promote critical thinking, especially about class, racial, and gender inequality and war-making in America. Zinn sought to arouse in his readers a quality Trump is famed for lacking, empathy, for the oppressed. Or as Zinn put it, "in a world of conflict, a world of victims and executioners, it is the job of thinking people, as Albert Camus suggested, not to be on the side of the executioners." Zinn so admired people's protest movements in their struggles for a more just and democratic America that his People's History valorized those movements. In fact, the book offered dramatic accounts of Americans resisting oppression, a narrative that was at times inspiring, promoting not shame but pride in this ongoing and unfinished struggle for social justice.

It is absurd to think that the president read Zinn's 688 page People's History before knocking it or that he would do so now to see how wrong he is about Zinn. But he could get to know Zinn better without reading a thing.

Zinn's People's History inspired theater events and then a movie, The People Speak, in which famed actors such as Danny Glover, Marissa Tomei, Viggo Mortensen and many others read the words of great American dissenters, from Frederick Douglass to Emma Goldman, to Martin Luther King, Jr. This movie, when aired on the History Channel, attracted some nine million viewers, leaving reviewers impressed with the eloquence of America's radical social activists. Those speeches, and the protest music sung by Bob Dylan, Bruce Springsteen, Randy Newman, and John Legend fostered greater understanding of the role of dissent in the American past. Had this movie been screened at the White House Conference on American History, Trump's talk about Zinn making students feel ashamed of their history would have been refuted right before his eyes.

Like Howard Zinn, the best history teachers recognize that if students are to be prepared for democratic citizenship, they must learn to think critically about the world, and confront the reality that, as James Baldwin put it, "American history is longer, larger, more various, more beautiful, and more terrible than anything anyone has ever said about it." Serious study of our nation's past involves understanding not only America's inspiring democratic ideals but its failures to live up to them, and studying the historical struggles on behalf of those ideals. This kind of a critical reckoning with historical reality is far more accurate, humane, and truer to our democratic faith than the flag waving, propagandistic version of the American past touted at the White House Conference on American history.

Robert Cohen is a professor of social studies education and history at NYU, author of Howard Zinn's Southern Diary: Civil Rights, Sit-Ins, and Black Women's Student Activism, and coauthor with Sonia Murrow of Rethinking America's Past: Howard Zinn's People's History of the United States in the Classroom and Beyond (in press).