'This is a really, really big deal': Michigan Gov. moves to shut down Line 5 pipeline 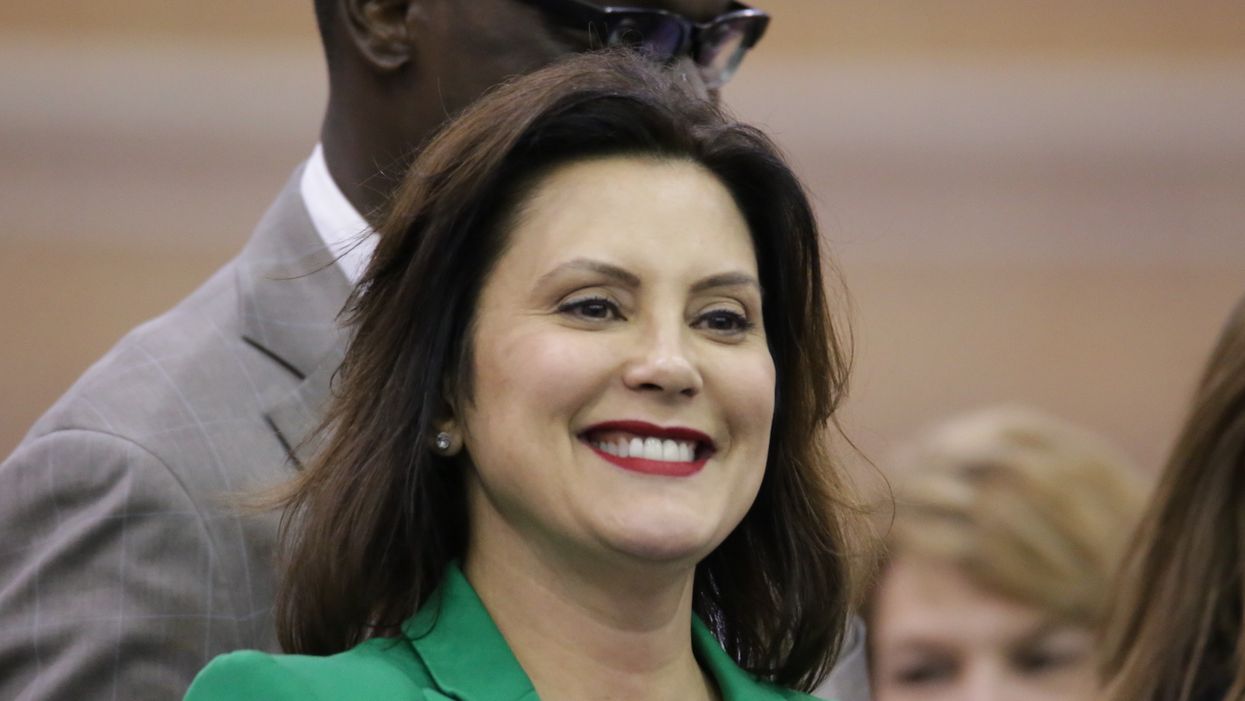 Environmental and Indigenous activists celebrated Friday after Democratic Michigan Gov. Gretchen Whitmer took action to shut down the decades-old Enbridge Line 5 oil and natural gas pipelines that run under the Straits of Mackinac, narrow waterways that connect Lake Huron and Lake Michigan—two of the Great Lakes.

Citing the threat to the Great Lakes as well as "persistent and incurable violations" by Enbridge, Whitmer and Michigan Department of Natural Resources (DNR) Director Dan Eichinger informed the Canadian fossil fuel giant that a 1953 easement allowing it to operate the pipelines is being revoked and terminated.

The move, which Michigan Attorney General Dana Nessel asked the Ingham County Circuit Court to validate, gives Enbridge until May 2021 to stop operating the twin pipelines, "allowing for an orderly transition that protects Michigan's energy needs over the coming months," according to a statement from the governor's office.

The Great Lakes collectively contain about a fifth of the world's surface fresh water. As Whitmer explained Friday, "Here in Michigan, the Great Lakes define our borders, but they also define who we are as people."

"Enbridge has routinely refused to take action to protect our Great Lakes and the millions of Americans who depend on them for clean drinking water and good jobs," the governor said. "They have repeatedly violated the terms of the 1953 easement by ignoring structural problems that put our Great Lakes and our families at risk."

"Most importantly, Enbridge has imposed on the people of Michigan an unacceptable risk of a catastrophic oil spill in the Great Lakes that could devastate our economy and way of life," she added. "That's why we're taking action now, and why I will continue to hold accountable anyone who threatens our Great Lakes and fresh water."

MLive noted that the state attorney general's new filing "is in addition to Nessel's lawsuit filed in 2019 seeking the shutdown of Line 5, which remains pending in the same court." Nessel said Friday that Whitmer and Eichinger "are making another clear statement that Line 5 poses a great risk to our state, and it must be removed from our public waterways."

The "bombshell news," as one Michigan reporter called it, elicited applause from environmentalists and Indigenous leaders within and beyond the state.

Enbridge was responsible for one of the largest inland oil spills in U.S. history—a major leak on one of its large oil transmission lines near Marshall in July 2010. That spill fouled more than 38 miles of the Kalamazoo River and took four years and more than $1 billion to clean up. Enbridge in 2016 agreed to a $177-million settlement with the U.S. Justice Department and Environmental Protection Agency, including $62 million in penalties, over the Marshall spill and a 2010 spill on another of its pipelines in Romeoville, Illinois.
A similar spill disaster on Line 5 in the Straits would devastate the Great Lakes shoreline communities and the Michigan economy, critics of the pipeline have long contended. Enbridge officials have countered that Line 5 is safe.

"Line 5 should have never been built in the first place," Shriberg told the Free Press. "Gov. Whitmer is now bravely, and correctly, standing up for the Great Lakes."

"This is a legacy-defining action by the governor," he added. "She is standing on the side not only of clean water, but clean energy and the jobs that go along with the transition to a renewable energy economy."

Dallas Goldtooth, Keep It In The Ground Campaign organizer for the Indigenous Environmental Network, welcomed the "huge news" in a series of tweets that acknowledged the years of campaigning by tribal nations against the Line 5:

"We are thrilled and thankful for Gov. Whitmer's decision to revoke the easement for Enbridge's pipeline to run beneath the Straits," Bryan Newland, president of the Bay Mills Indian Community, said in a statement from Earthjustice. "Enbridge has consistently shown that it only cares about its profits and not about the communities of the Great Lakes. This is a monumental first step in rectifying the harm that the company has already inflicted upon Bay Mills and other tribal nations for decades."

The shutdown notice is "an enormous victory for the climate, and for incredible organizers who have fought for many years!" declared activist and author Bill McKibben, who co-founded 350.org. After thanking both Whitmer and "the indefatigable organizers," he added that "it's not often enough we Shut Stuff Down!"

Sen. Gary Peters (D-Mich.) also welcomed the development in a statement Friday. Peters, who secured a narrow reelection victory last week, is a member of the Senate Commerce, Science, and Transportation Committee, which oversees the federal agency responsible for pipeline safety.

"There's no question an oil spill in the Straits of Mackinac would have catastrophic and long-term consequences to the economic and environmental health of Michigan and the Great Lakes," Peters said. "Unfortunately here in Michigan, we already know from the Enbridge pipeline leak in the Kalamazoo River just how devastating and costly spills are to our state."

"Given the structural integrity and age concerns around Line 5—particularly in recent years—and Enbridge's failures and inability to be transparent with Michiganders, it's clear that Line 5 poses too serious of a threat and must be removed in the coming months," the congressman continued, vowing to work with the Pipeline and Hazardous Materials Safety Administration (PHMSA) and the State of Michigan "to swiftly evaluate alternatives to Line 5 while continuing to hold Enbridge accountable."