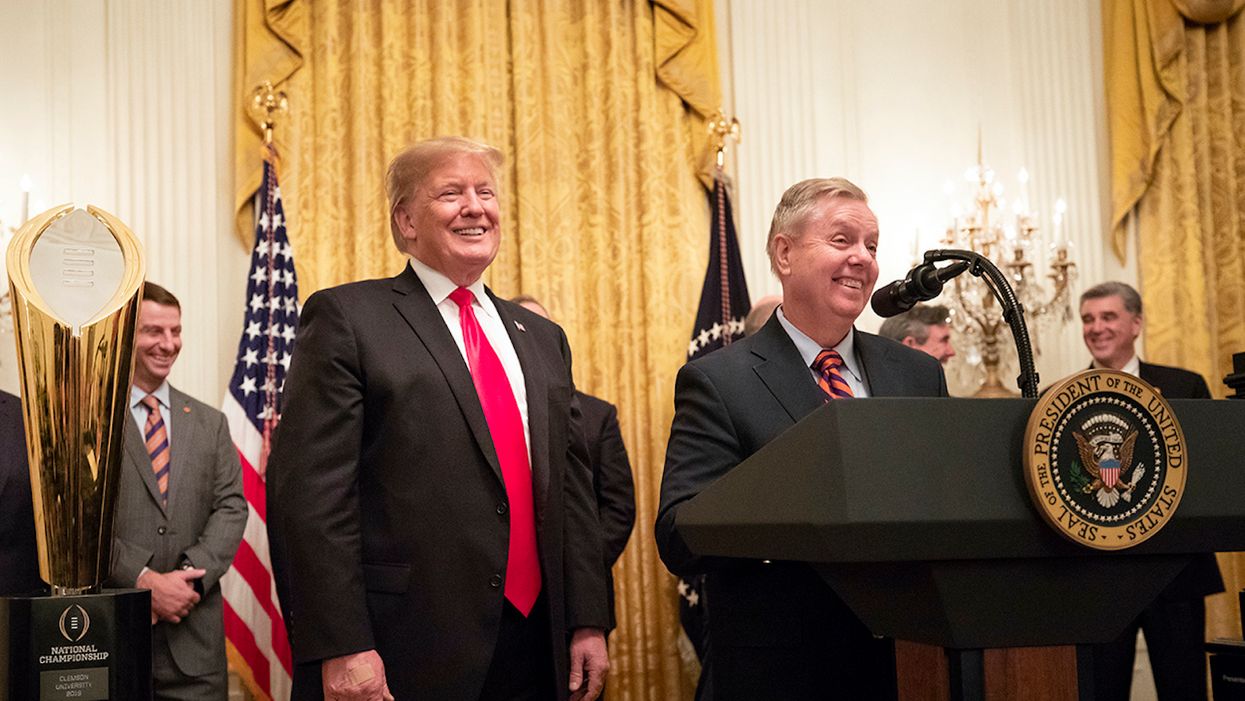 With President-elect Joe Biden having won 306 electoral votes in addition to defeating President Donald Trump by over 6 million in the popular vote, there is no question that Biden's victory was decisive. Regardless, Trump is still refusing to concede the election and vowing to fight Biden in court until the bitter end. But some Republican national security experts, journalists Tom Hamburger and Ellen Nakashima report in the Washington Post, are urging Trump to concede for the good of the United States.

In a joint statement, more than 100 Republicans with national security backgrounds signed a joint statement calling for Trump's concession — and those Republicans range from former CIA Director Michael Hayden to Tom Ridge, the former two-term Pennsylvania governor who went on to become secretary of the U.S. Department of Homeland Security under President George W. Bush.

Ordinarily, a president-elect would have access to the highly classified President's Daily Briefing. But Biden, so far, has been denied access to it — which the Republicans who signed that letter view as a threat to the United States' national security. In their statement, they warned, "President Trump's refusal to permit the presidential transition poses significant risks to our national security at a time when the U.S. confronts a global pandemic and faces serious threats from global adversaries, terrorist groups and other forces."

The statement also called for "Republican leaders, especially those in Congress, to publicly demand that President Trump cease his anti-democratic assault on the integrity of the presidential election." Moreover, they urged Republicans in the U.S. House of Representatives and the U.S. Senate to "strongly oppose" Trump's "dangerous and extra-legal efforts to threaten and intimidate state officials in order to prevent a vote by the Electoral College."

John B. Bellinger III, who served as a legal adviser to the U.S. State Department and the National Security Council under the Bush Administration, told the Post, "It is shocking to me and other senior national security officials, who have dedicated much of our careers to protecting the country, that congressional Republicans are allowing Trump to impugn the integrity of our elections…. (Elections are) the very core of American democracy."

Another Bush Administration alumni who signed the statement, former U.S. Attorney Ken Wainstein, told the Post he feels a "sense of both alarm (and) disappointment" that "the president of the United States is trying to undermine our election" and "that so many Republican leaders are abetting that effort either with active support or with their silence."

John D. Negroponte, who served as national intelligence director as well as deputy secretary of state under Bush, told the Post that Trump's allies are "in denial about the loss and therefore, not allowing the transition to go forward…. Every day that's lost is not only unfair to the new administration, it's harmful to the country and our national security."