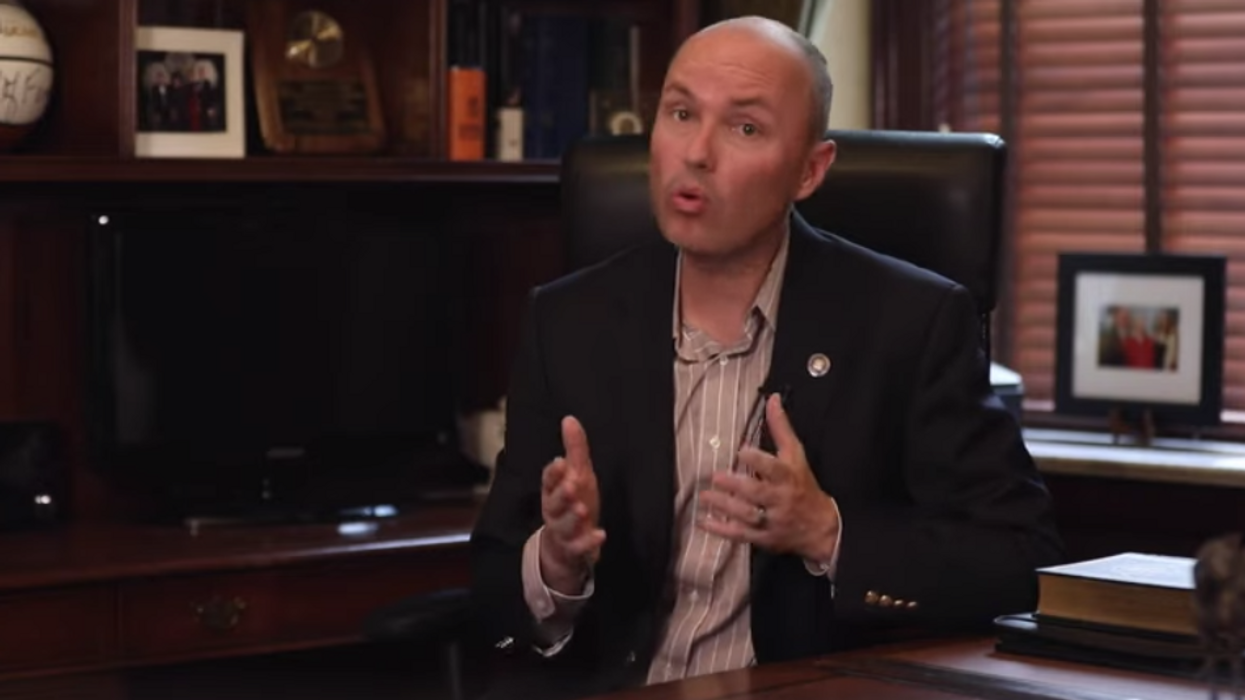 President Donald Trump and his top aides drew a rebuke from several current and former Republican officials over their repeated attacks on voting.

Trump campaign adviser Jason Miller on Sunday echoed Trump's false claims about vote counting, an act which is never complete in any state on election night and is expected to take even longer this year due to the influx of mail-in ballots amid the coronavirus pandemic. The embattled aide suggested in an interview with ABC News that counting all of the votes cast would be tantamount to stealing the election from a deeply unpopular president who trails badly in the polls.

"If you speak with many smart Democrats, they believe that President Trump will be ahead on election night. Probably getting 280 electors — somewhere in that range. And they're just going to try to steal it back after the election," Miller claimed. "We believe we'll be over 290 electoral votes on election night. So no matter what they try to do — what kind of hijinks or lawsuits or whatever kind of nonsense they try to pull off — we're still going to have enough electoral votes to get President Trump re-elected."

Trump adviser Jason Miller: "If you speak with many smart Dems, they believe that Trump will be ahead on election n… https://t.co/0M0mvC2ZMr
— The Recount (@The Recount)1604245225.0

The remarks echoed Trump's false complaints that all votes won't be counted on election night — something which never happens.

"I think it's a terrible thing when people or states are allowed to tabulate ballots for a long period of time after the election is over," Trump said on Sunday in North Carolina. "I think it's terrible when we can't know the results of an election the night of the election in a modern-day age of computers."

Utah Lt. Gov. Spencer Cox, who is expected to win the state's gubernatorial race this week, rejected such claims.

"Please ignore this type of garbage. The truth is that elections are never decided on election night," he wrote on Twitter. "In Utah (and most states) it takes 2 weeks to finalize counting and certify results. It really doesn't matter who is ahead on election night, it only matters when every eligible vote is counted and each county canvasses and certifies the vote totals."

The New York Times noted over the weekend that Trump's demand for all votes to be counted on election night was "not possible and never has been." In 2008, for example, Missouri was not called until Nov. 19. In 2012, Florida was not called until four days after the election. And in 2016, Michigan was not called for more than two weeks after Election Day.

This year, Trump may appear ahead in certain states like Pennsylvania and Michigan after the Election Day vote is counted. That may change once mail-in ballots — which take longer to count and have overwhelmingly been used by Democrats — are tallied.

Trump and Republicans have also sued to try to invalidate mail-in ballots cast before the election which do not arrive until after Election Day in states like Pennsylvania and Minnesota.

Longtime top Republican election lawyer Ben Ginsberg, a key figure in the 2000 Bush v. Gore case, said in a Washington Post op-ed on Sunday that Trump's attacks on voting were "as un-American as it gets."

"Trump has failed the test of leadership. His bid for re-election is foundering. And his only solution has been to launch an all-out, multimillion-dollar effort to disenfranchise voters," he wrote. "It returns the Republican Party to the bad old days of 'voter suppression' . . . [and] puts the party on the wrong side of demographic changes in this country that threaten to make the GOP a permanent minority."

Ginsberg wrote that in his 38 years as a Republican election lawyer, the party had failed to identify a single case of widespread voter fraud to substantiate its false claims about voting security.

Ginsberg criticized the GOP for backing Trump's false claims. He submitted a court brief on Monday urging a federal judge to reject a bid by Texas Republicans to throw out about 127,000 valid ballots cast in Harris County's drive-through voting locations.

The brief said Ginsberg was "particularly sensitive to the irony that Republicans are now seeking to throw out votes cast by eligible voters because of what would amount to a technical error by elections officials." He and co-counsel Amy Coney Barrett, now a Supreme Court justice, fought a similar argument by Democrats in the 2000 recount.

Ginsberg was joined in the brief by fellow Republican Joseph Straus, the former speaker of the Texas House of Representatives.

"The lawsuit attempting to disenfranchise more than 100,000 voters in Harris County is patently wrong," he wrote on social media. "The Republican Party needs to return to a place where we win with ideas and persuasion rather than trying to intimidate and silence our fellow citizens. I hope all elected statewide leaders in the Texas Republican Party will stand up against these desperate tactics."