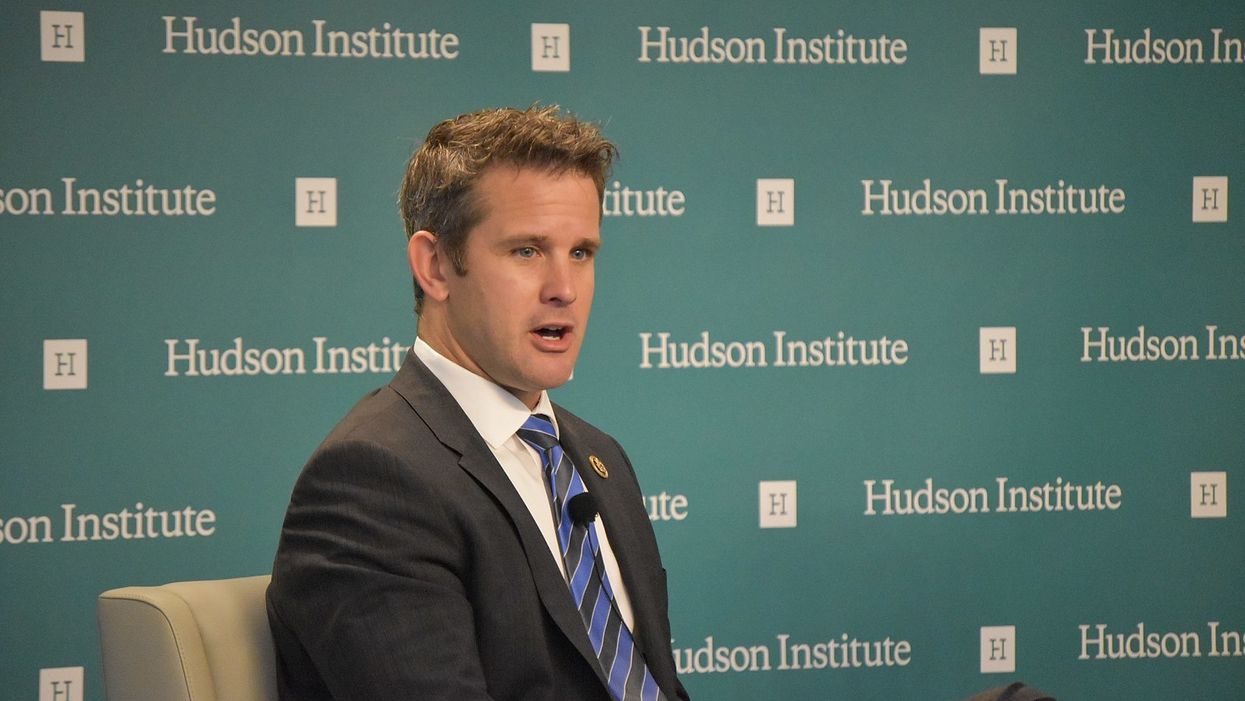 When President Donald Trump was interviewed by Fox News' Maria Bartiromo on Sunday, November 29, he not only doubled down on his claim that he was the victim of widespread voter fraud in the 2020 presidential election — he also pointed the finger at the FBI and the U.S. Department of Justice. And Republican Rep. Adam Kinzinger of Illinois is calling him out for it.

Appearing on Fox News' "Sunday Morning Futures," Trump told Bartiromo, "This is total fraud. And how the FBI and Department of Justice — I don't know —maybe they're involved, but how people are getting away with this stuff, it's unbelievable."

The 42-year-old Kinzinger, who represents Illinois' 16th Congressional District, was first elected to the U.S. House of Representatives in 2010 and was reelected on November 3, defeating Democratic challenger Dani Brzozowski.

Trump's claim that the DOJ is working against him is laughable in light of the fact that the DOJ is headed by Attorney General William Barr, who has been a consistent Trump loyalist and has backed the president time and time again.

@RepKinzinger @FBI @realDonaldTrump Should have impeached him when you had the chance. So much damage has been done since then.
— Deb W (@Deb W)1606686388.0

@RepKinzinger @joshscampbell @FBI @realDonaldTrump Hopefully you can help bring your Party back from the brink, but… https://t.co/118nhGhPGv
— Kalee Thaler (@Kalee Thaler)1606687073.0

@RepKinzinger @jaketapper @FBI @realDonaldTrump OWN IT. Your party enabled this unhinged madness for 4 years, now live with it.
— Sue hillin (@Sue hillin)1606687158.0