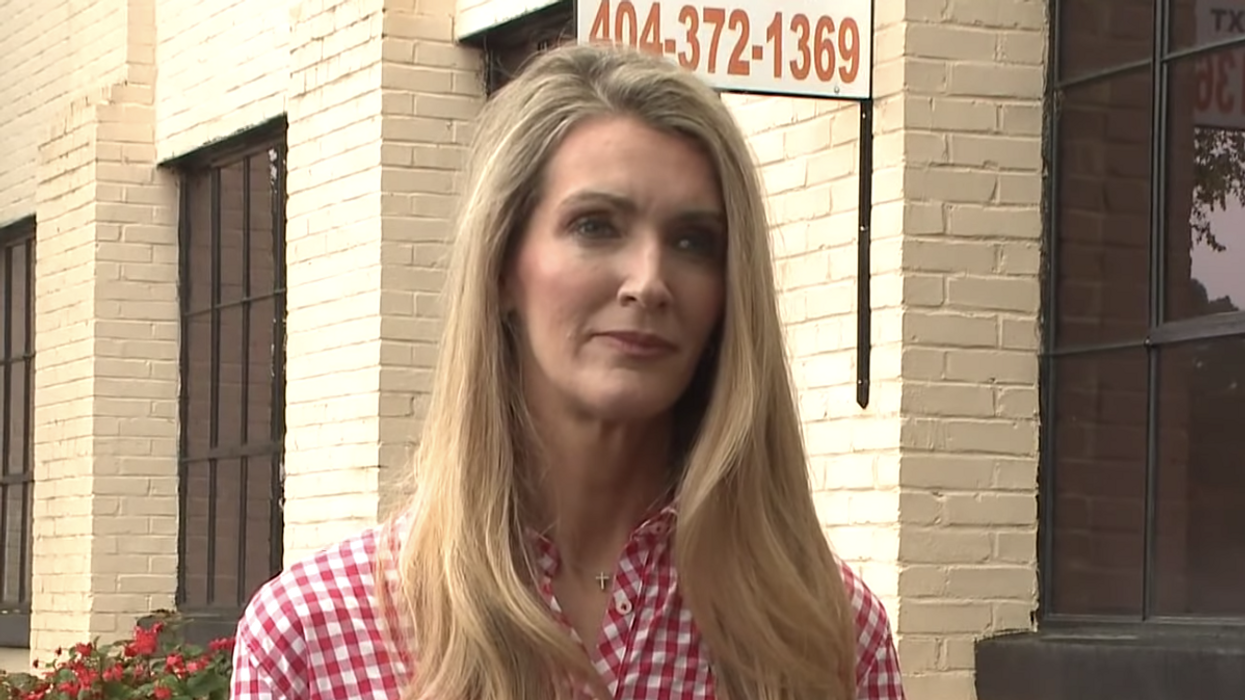 Although President-elect Joe Biden was unable to flip Texas as some Democrats were hoping — Trump carried that state by 6% — he had a lead over President Donald Trump in another light red state: Georgia. The Associated Press, as of Tuesday, November 10 at 1 p.m. eastern time, has Biden ahead by almost 13,000 in Georgia's vote count. Some Trump loyalists are making the baseless claim that Biden is ahead in Georgia because of widespread voter fraud — and the Atlanta Journal-Constitution is reporting that there's nasty infighting among Georgia Republicans over that claim.

The AJC reporters explain, "This was supposed to be the week that Republicans united behind U.S. Sens. Kelly Loeffler and David Perdue for a pair of January 5 runoffs that could decide control of the Senate. Instead, the two senators leveled unfounded claims of a disastrous 'embarrassment' of an election at fellow Republicans who oversaw last week's vote — and called for the resignation of Secretary of State Brad Raffensperger. It was a brazen effort to appease Trump, who has falsely claimed electoral fraud despite no evidence of any wrongdoing as he and his supporters try to discredit Biden."

The Ga. House Speaker weighs in on Perdue & Loeffler’s calls for Raff’s resignation: “Until we get a little more p… https://t.co/pGrDIQ3ZVT
— Patricia Murphy (@Patricia Murphy)1605031547.0

Georgia House Speaker On Calls For Secretary Of State To Resign “I’m not sure that is the appropriate remedy.”… https://t.co/3TgRgasQca
— Rahul Bali (@Rahul Bali)1605030577.0

Trump supporters, according to the AJC reporters, have been "tweeting attacks at Raffensperger," and Republican Sen. Doug Collins of Georgia is "leading Trump's effort to recount Georgia's race and he called for several steps, including a hand-count of every ballot cast in each county due to 'widespread allegations of voter irregularities' but offered no evidence to back that up."

Collins said, "We can — and we will — petition for this in court after statewide certification is completed if the secretary of state fails to act, but we are hopeful he will preemptively take this action today to ensure every Georgian has confidence in our electoral process."

Meanwhile, Georgia House Speaker David Ralston is weighing in on calls for Raffensperger to resign, saying, "Until we get a little more proof of fraud or irregularities, I'm not sure that's the appropriate remedy."

Mike Boyce, Republican chairman of Cobb County, Georgia, has jumped in as well. Boyce said, "I think it's also important, that as part of this process, that we have a transition in grace, that we acknowledge the voice of the people, we hear them and we move on. I hope that this message gets loud and clear to our national and our state leaders, that this transition in grace is part of the election process."