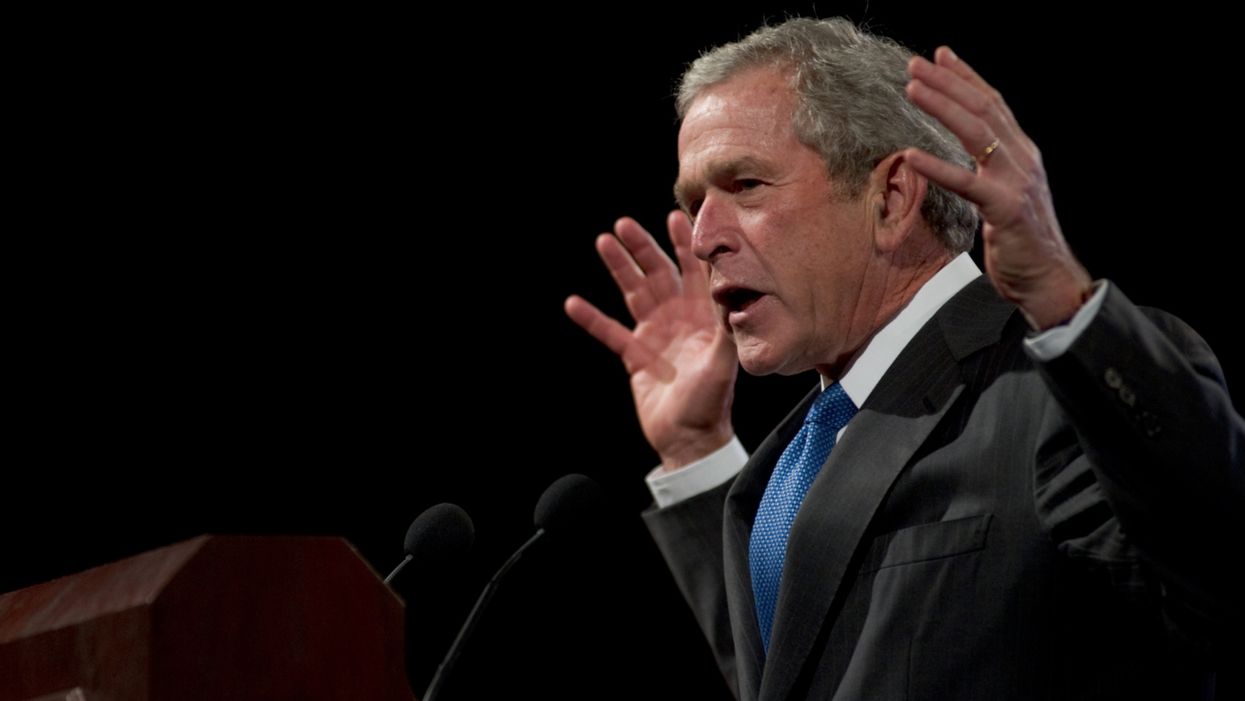 Image via Shutterstock.
Jolie McCullough
and
The Texas Tribune
November 09, 2020

"George W. Bush congratulates President-elect Joe Biden on his victory, says the "outcome is clear"" was first published by The Texas Tribune, a nonprofit, nonpartisan media organization that informs Texans — and engages with them — about public policy, politics, government and statewide issues.

"Though we have political differences, I know Joe Biden to be a good man who has won his opportunity to lead and unify our country," Bush said in a statement. "The President-elect reiterated that while he ran as a Democrat, he will govern for all Americans. I offered him the same thing I offered Presidents Trump and Obama: my prayers for his success, and my pledge to help in any way I can."

Bush, a Republican who also served as Texas' governor, said he had spoken with the Democratic president-elect and had thanked Biden for "the patriotic message he delivered last night" in his acceptance speech. He also said he called Vice President-elect Kamala Harris. Bush said that Biden "earned the votes of more than 70 million Americans," but noted that Trump had the right to "request recounts and pursue legal challenges"

"The American people can have confidence that this election was fundamentally fair, its integrity will be upheld and its outcome is clear," Bush said. "The challenges that face our country will demand the best of President-elect Biden and Vice President-elect Harris – and the best of us all. We must come together for the sake of our families and neighbors, and for our nation and its future."

Trump has refused to concede, saying the election was stolen and making unsubstantiated claims of widespread voter fraud. The president's campaign has filed several legal challenges to contest the election results in battleground states. Judges in two of those cases — in Michigan and Georgia — tossed out the lawsuits because the campaign failed to provide evidence that laws were broken. A federal judge also denied the campaign's request to stop counting votes in Philadelphia, but ordered election officials to expand the number of people allowed in the room.

This article originally appeared in The Texas Tribune at https://www.texastribune.org/2020/11/08/george-w-bush-congratulates-biden/.