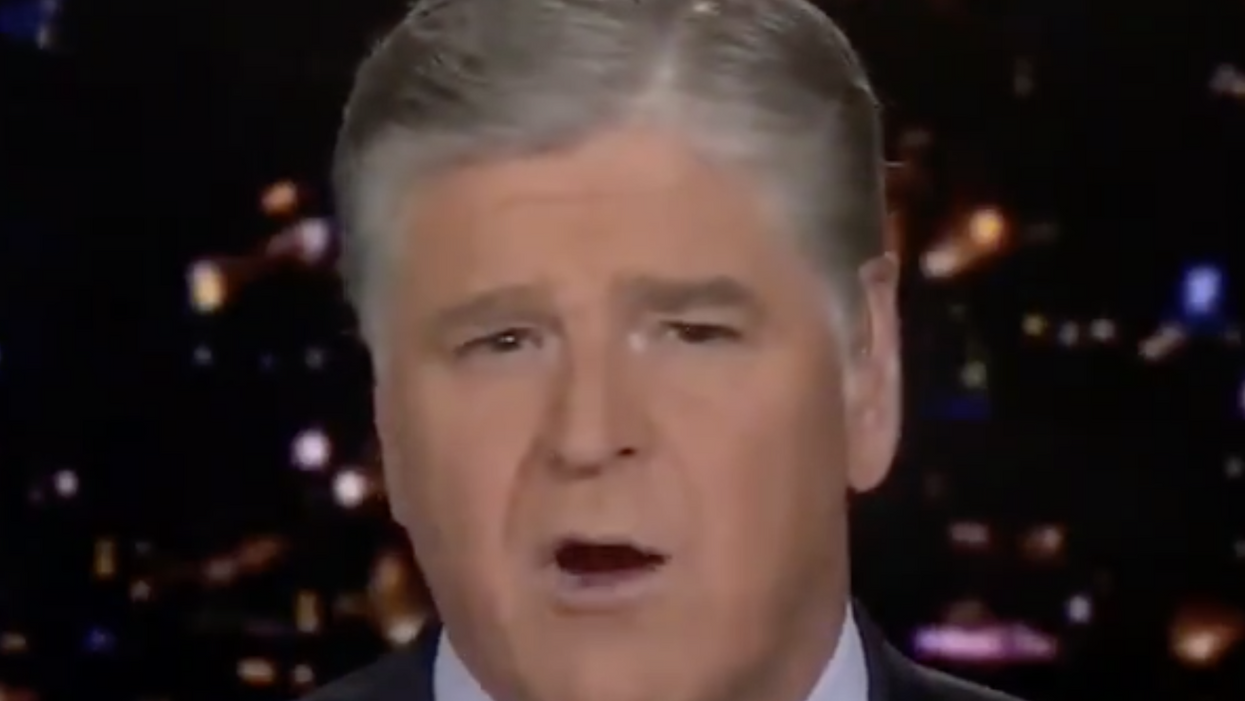 After President Donald Trump won the 2016 presidential election, opinion hosts at Fox News angrily demanded that Democratic nominee Hilary Clinton and Democrats concede at once. But four years later, the same Fox hosts are making no such demands of President Donald Trump, who might end up losing to President-elect Joe Biden by more than 300 electoral votes after all the counting is finished.

And a supercut video by the Washington Post shows how badly Sean Hannity, Laura Ingraham and other Fox News hosts have flip-flopped from what they were saying about election results four years ago.

The video opens with Fox News' Steve Doocy, who co-hosts the morning show "Fox and Friends," saying, in 2016, "There is absolutely no way to rig a national election" — compared to November 9, when Doocy wondered if voter fraud was widespread enough to "overturn an entire election."

Hannity, on November 28, 2016, is seeing slamming Democrats for trying to "undermine a democratic election and, of course, Donald Trump's decisive victory" — only to slam Democrats, on November 9, for trying to avoid probes of "ballot irregularities and outright illegality."

Fox News personalities have dramatically shifted their rhetoric on election results over the past four years. My l… https://t.co/FZWf6L1MT9
— JM Rieger (@JM Rieger)1605053059.0

Fox News' Tucker Carlson, in the video, is seen on November 28, 2016 scoffing at the idea of Russian inference in that year's presidential election. But on November 9, Carlson is seen saying, "We don't know how many votes were stolen on Tuesday night. We don't know anything about the software that many are saying was rigged."

Brian Kilmeade of "Fox and Friends" is seen in the video saying, in November 2016, "If there's ever an election that doesn't need a recount, it's this one." But the video then cuts to Kilmeade, on November 10, complaining that he fears Trump will be deprived of recounts that he is entitled to.

On November 29, 2016, Ingraham in seen in the video scoffing at the idea that "Donald Trump is not the duly elected president of the United States." But she has a totally different tone on November 6, saying, "I love these legal challenges because we have to get to the bottom of all this."