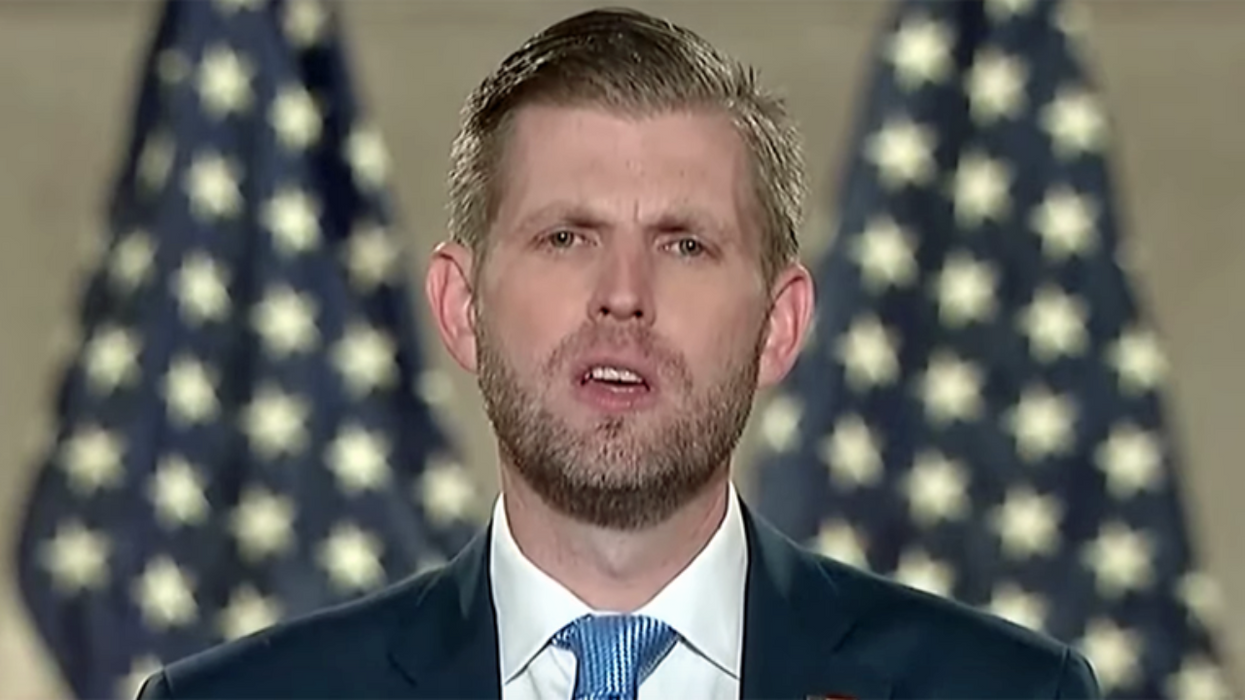 While his father remained quiet on Twitter on Sunday morning after losing the election to former Vice President Joe Biden, Eric Trump — son of President Donald Trump — made a demand that every ballot in the country be manually recounted to see who really won the election.

According to Eric who linked to a story from Breitbart.com, "Software from hell! There needs to be a manual recount of every ballot in this country right now!"

While Trump and his advocates have yet to come up with any evidence of voter fraud in an election that saw Biden beat the president by 4 million votes, the president's middle son insisted every vote needs to be reviewed — which led to quite a bit of Twitter mockery that you can see below:

@EricTrump How do you conduct a manual recount of computerized votes? Do tell.
— LCResists (@LCResists)1604839144.0