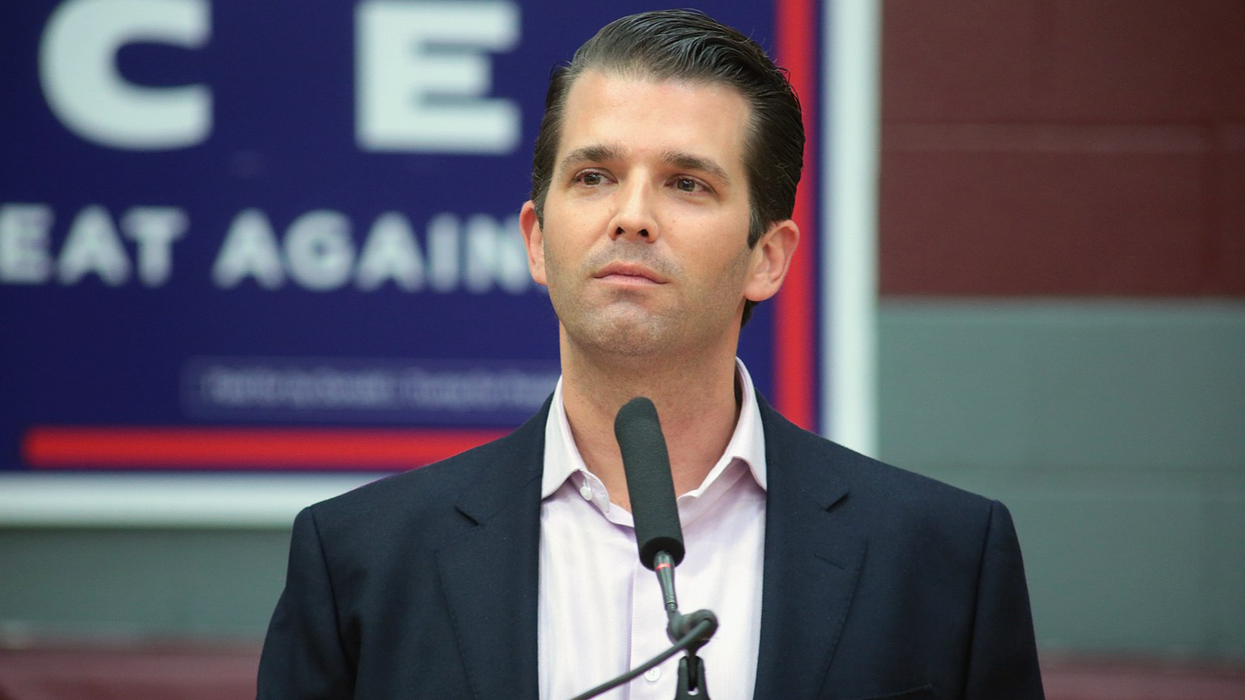 As Donald Trump desperately seeks a third tabulation of Georgia's votes to once again solidify his loser status, Republicans are beginning to fret over the toll his imaginary fraud claims will have on GOP turnout for the two critical Senate runoffs in January. In fact, the threat level must be pretty All-CAPS epic because Don Jr. himself took to Twitter Monday morning to stem the fallout.

"I'm seeing a lot of talk from people that are supposed to be on our side telling GOP voters not to go out & vote for @KLoeffler and @PerdueSenate," Don Jr. tweeted a day after the Trump campaign insisted on yet another recount of the state's voting results, which have already been certified. "That is NONSENSE. IGNORE those people. We need ALL of our people coming out to vote for Kelly & David," he added.

Meanwhile, on Sunday, Team Trump issued a statement accusing Georgia election officials of delivering "the People false results" while providing zero evidence the count was somehow fraudulent. "There must be a time when we stop counting illegal ballots," it said. Biden ultimately won the state by about 13,000 votes—close, but not recount close.

But apparently the constant drumbeat of baseless claims from Team Trump that a bogus voting system massively disenfranchised Trump voters isn't such a great turnout message.

A glimpse of how concerned Republicans are that the constant drumbeat of false claims of widespread voter fraud wil… https://t.co/XR80OSRSYJ
— Greg Bluestein (@Greg Bluestein)1606143797.0