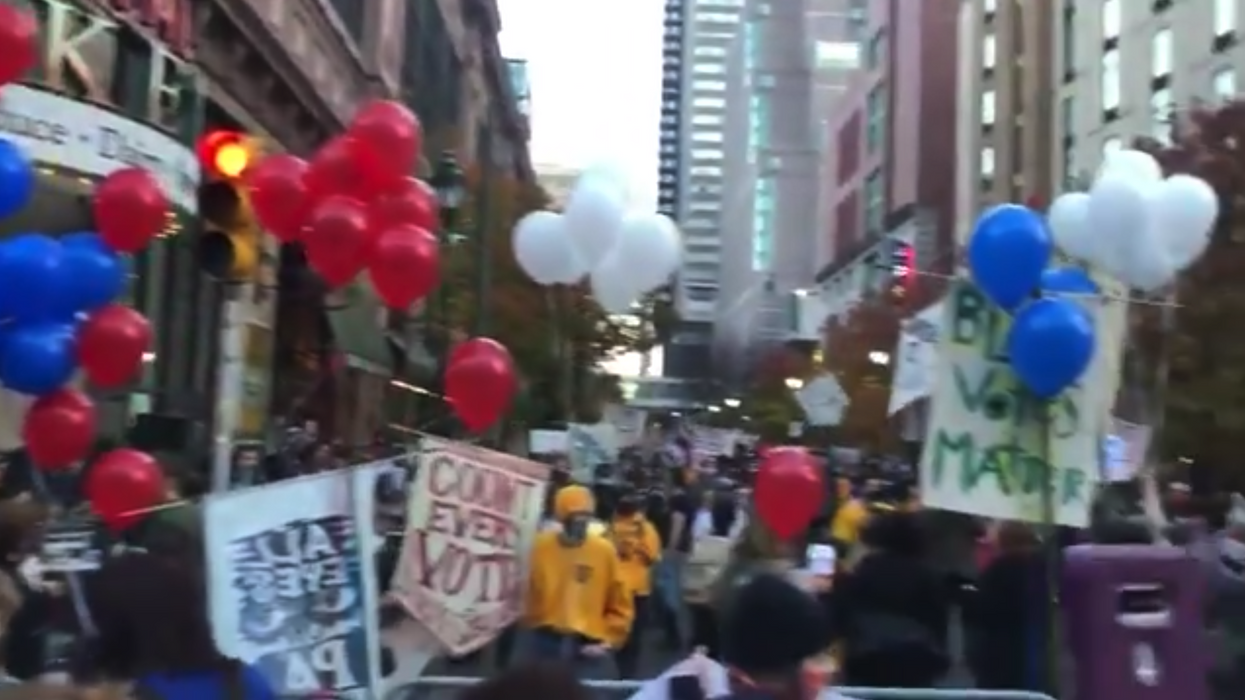 The conventional wisdom often coalesces quickly around under examined assumptions, and once it does it can be tough to dislodge. At present, pretty much everyone across the political spectrum shares the belief that Democrats under-performed in House and state legislative races, taking some of the shine off of their victory over Donald Trump at the top of the ticket, but is that really true?

It's certainly the case that they fell far short of expectations, but the problem is that those expectations were mostly shaped by polling, and we know that the polling--especially at the congressional district level--was very, very far off this year. At present, progressives and moderates are trading recriminations based on the assumption that their party failed in some demonstrable way, but if the polling was way off, maybe they performed as well as they should have given the circumstances.

In a normal election, this would be an answerable question. The key context here is that 2020 followed a huge "blue wave" in 2018. Dems netted 40 House seats and over 300 seats in state legislatures, many of which were highly competitive or even Republican-leaning. That provided lots of low-hanging fruit for Republicans, who enjoyed record-setting turnout like their Democratic counterparts. There was clearly some ticket-splitting, with disaffected Republicans voting for Biden at the top of the ticket and GOP candidates further down. We know the incumbent had a 44.6 percent approval rating in FiveThirtyEight's average on the day of the election, the challenger was viewed favorably by about the same number who viewed him unfavorably and that a majority of Americans said they were better off prior to the election than they were four years ago. In theory, one could plug these data into a model without the flawed head-to-head polls and come up with some estimate of what should have been expected in these circumstances.

But that wouldn't work for 2020 because there really wasn't any historical precedent for this election. The 1918 pandemic was over by the spring of 1920. We've never had a figure like Donald Trump occupying the White House. And his approval ratings were uniquely over the course of his presidency, seemingly insulated from events. This has always been a problem for numbers-crunchers and pundits alike this cycle.

One likely explanation for the polls being so far off is that 2020 saw the greatest turnout in the past 120 years, and pollsters' likely voter models didn't reflect that degree of enthusiasm on both sides. Biden led Trump by around 8.5 points in FiveThirtyEight's final polling average, and he is currently ahead in the popular vote by fewer than three percentage points. That margin will grow to maybe four or five points as the rest of the ballots are tallied, and I suspect that Democrats probably fared as well as they might have been expected to against an incumbent who trailed by four or five points in the national polls with a majority saying they were better off than they had been four years earlier.

This is not to suggest that the consequences of Democrats falling short of the expectations set by those lofty polls aren't disastrous. They are. But the finger-pointing probably isn't justified, nor is the narrative that they "lost" the election. It's hard to imagine that Biden's outreach to Republicans or activists' calls to defund the police had much impact on this race, given the unique circumstances in which it was run.

The one decision that one could second-guess would be Democrats' decision to limit canvassing because of the Coronavirus. In hindsight, that looks like a mistake. But in the end, the pandemic, like the faulty polling, was something beyond the party's control.