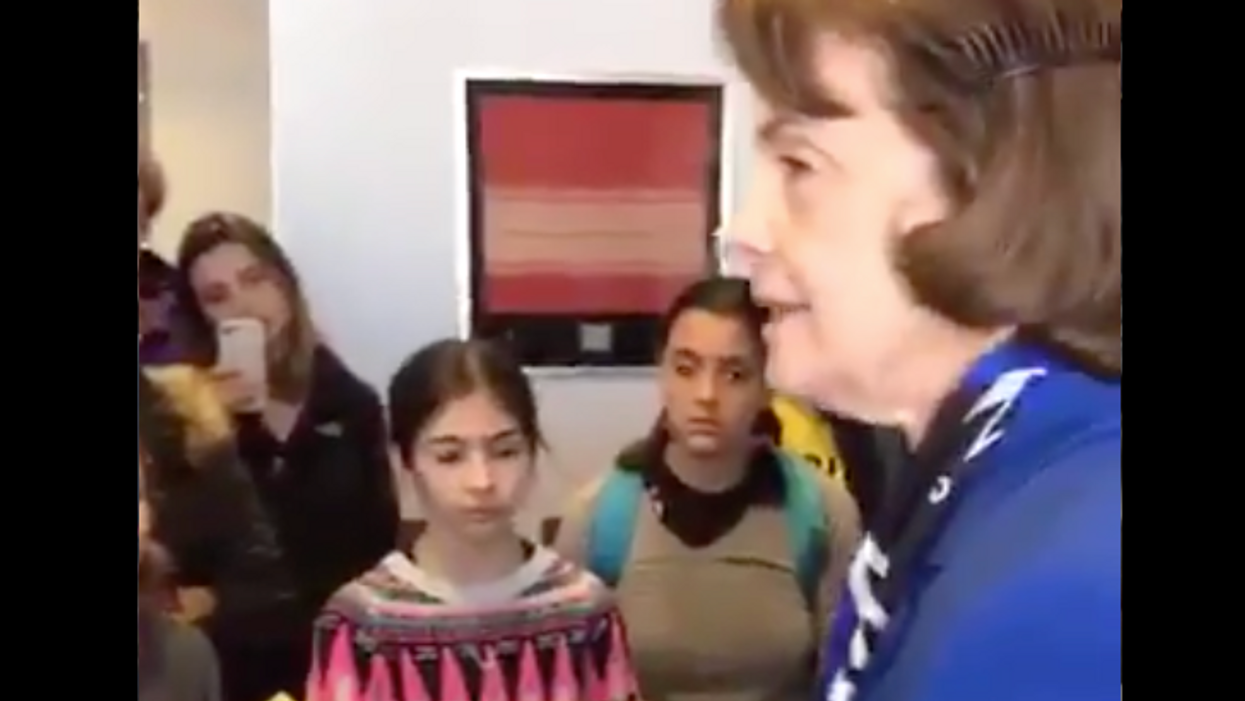 After facing widespread backlash over her genial performance during Supreme Court Justice Amy Coney Barrett's confirmation hearings last month, Sen. Dianne Feinstein announced Monday that she will step aside as the top Democrat on the powerful Senate Judiciary Committee, a move progressives welcomed as a "necessary step" toward reforming a federal judiciary that President Donald Trump has packed with right-wing judges.

But the youth-led Sunrise Movement, whose activists Feinstein smugly berated last year in a confrontation captured on video, demanded that the California Democrat go further than merely declining to seek the top Judiciary post.

"Today Senator Feinstein released a statement saying she was going to focus more on the climate crisis and relinquish her Judiciary Committee leadership," Evan Weber, the Sunrise Movement's political director, said Monday evening. "Let's be clear, there's no way that would have happened without our movement, but our demand is and has been for Senator Feinstein to not just step down, but resign."

Weber went on to urge Feinstein to "make way for more representative leadership from California—new senators who will actually fight for a Green New Deal, like Reps. Ro Khanna and Barbara Lee."

"Feinstein lost all credibility when she showed she was more willing to treat with contempt 11-year-old climate activists demanding a livable future in her office, than the Supreme Court nominee who refused to say whether she would uphold the laws that would give that future a fighting chance," said Weber. "Feinstein told our generation that she 'knew what she was doing' when it came to the climate crisis, then enabled and normalized the GOP's theft of a Supreme Court seat, and may have lost Democrats the Senate."

Feinstein said in a statement late Monday that she intends to "increase [her] attention" on the wildfires and droughts ravaging the state of California, acknowledging that they "are only getting worse with climate change."

But when youth activists visited Feinstein's office last February and demanded that she support transformative policies that would tackle the climate emergency—such as the Green New Deal—the California Democrat flippantly dismissed the demands.

"You come in here and say it has to be my way or the highway. I don't respond to that," Feinstein told the activists. "I know what I'm doing. Maybe people should listen a little bit."

This is how @SenFeinstein reacted to children asking her to support the #GreenNewDeal resolution -- with smugness +… https://t.co/IDvM5QVWQL
— Sunrise Movement 🌅 (@Sunrise Movement 🌅)1550874984.0

Based on seniority, Senate Minority Whip Dick Durbin (D-Ill.) and Sen. Sheldon Whitehouse (D-R.I.) are next in line for the top Democratic spot on the Senate Judiciary Committee. In a tweet late Monday, Durbin announced his intention to seek the role.

Demand Justice, part of the chorus of groups that called on Feinstein to give up her leadership role on the key panel, applauded the senator's decision to step aside and said she should be replaced on the committee by "someone who will not wishfully cling to a bygone era of civility and decorum that Republicans abandoned long ago."

"This was a necessary step if Democrats are ever going to meaningfully confront the damage Donald Trump and Mitch McConnell have done to the federal judiciary," Brian Fallon, executive director of Demand Justice, said in a statement. "The next top Democrat on the committee must be someone who is willing to fight for President-elect Biden's nominees no matter what, and who will pursue bold action to restore balance to our courts."