Dear Republican lawmakers: Trump lost. Get over it 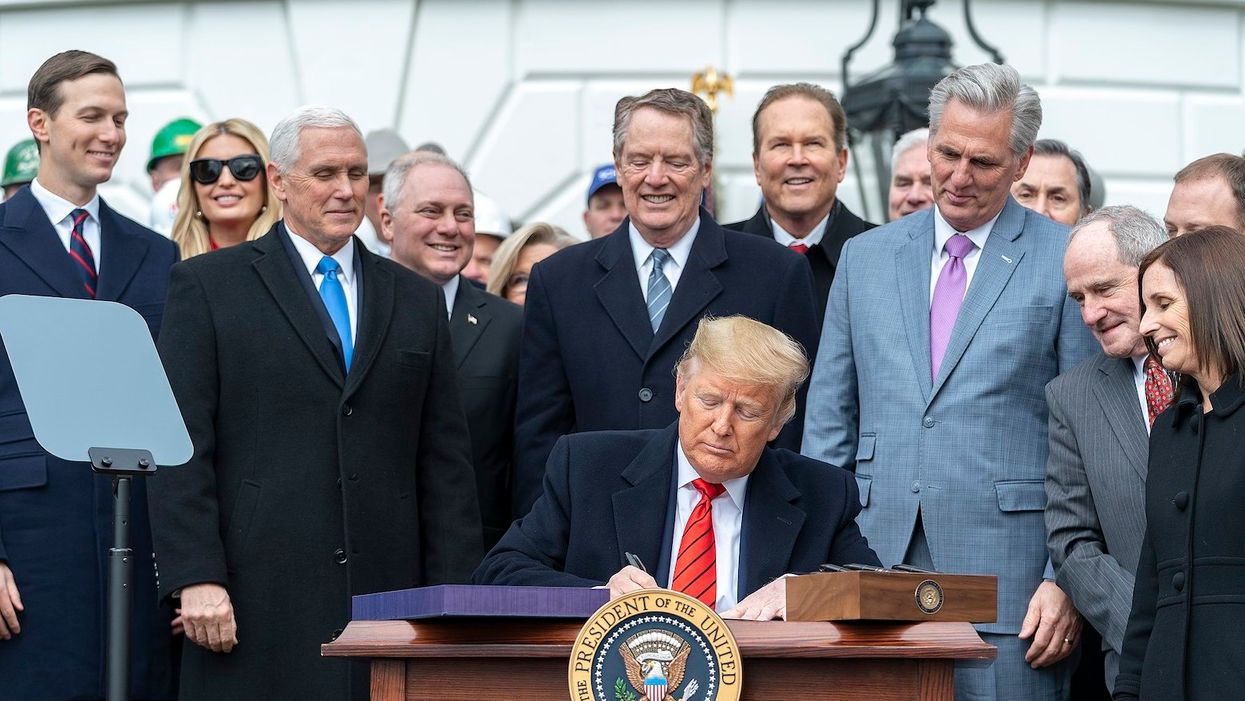 It's over. Even GOP allies are admitting it's over. But Republican lawmakers? Many are hanging on for dear life because—even with Donald Trump's clear defeat—they are still too spineless to embrace the transition to a post-Trump era.

What's even more crazy is that most GOP lawmakers in leadership positions have been "privately whispering" ill of Trump for four solid years. And yet, on the cusp of finally getting rid of the guy, they're still too useless to capitalize on the moment. The New York Times reports that over the past 48 hours most GOP lawmakers have remained silent on Trump's loss. In fact, a squishy statement on Sunday from Missouri Sen. Roy Blunt was the closest almost any congressional Republican has come to acknowledging Trump's defeat and nudging His Pissyness in the right direction.

"It's time for the president's lawyers to present the facts, and it's time for those facts to speak for themselves," Sen. Blunt, who chairs the Senate Rules Committee, said on ABC's This Week. "It seems unlikely that any changes could be big enough to make a difference, but this is a close election, and we need to acknowledge that."

Blunt added that he looked forward "to the president dealing with this however he needs to deal with it."

Sens. Mitt Romney of Utah and Lisa Murkowski of Alaska were among the only GOP lawmakers to actually acknowledge President-elect Joe Biden's win by Sunday evening. What was more typical was Republicans who stoked doubt in the results and endorsed Trump's disinformation push to invalidate Biden's victory.

"Every legal challenge should be heard," GOP House Minority Leader Kevin McCarthy of California told Fox News. "Then and only then will America decide who won the race."

Trump has continued to frame the referendum on his dismal leadership as "a stolen election," even as he spent all day Saturday and Sunday at the links. Several top aides have reportedly tried to impart to Trump that his chances of prevailing through his legal challenges are zero-to-none at this point. But Trump has a thick and impenetrable skin when it comes to reality, particularly when it involves him officially being declared a "loser."

In the meantime, party elders such as former President George W. Bush have publicly congratulated Biden on his successful bid.

"Though we have political differences, I know Joe Biden to be a good man, who has won his opportunity to lead and unify our country," Bush said in a statement.

But even more ominous for Trump is the fact that a growing list of organizations who fought hard for his reelection are starting to reject his ill-fated effort.

On a call with reporters Monday, U.S. Chamber of Commerce representatives said the time for campaigning had come to an end. Over the weekend, the chamber had joined other GOP boosters like the National Association of Manufacturers and the Business Roundtable in congratulating the incoming Biden administration.