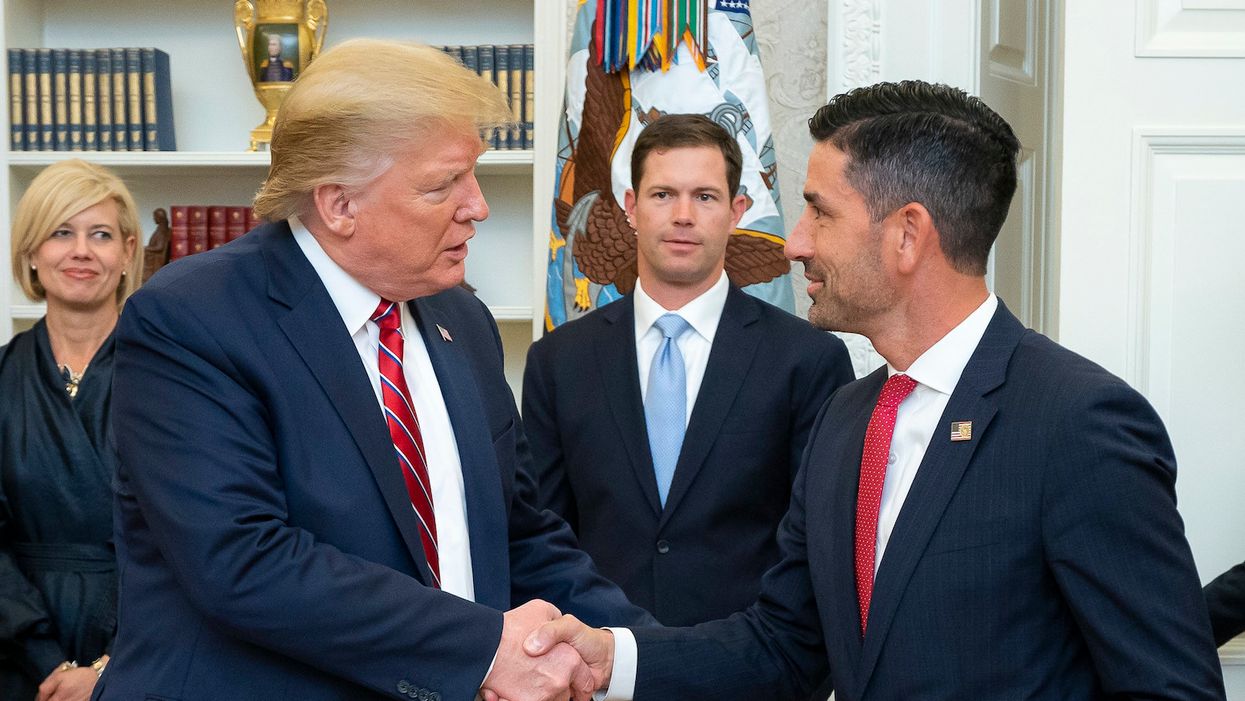 A federal judge said Saturday that Chad Wolf was not legally serving as acting homeland security chief when he issued a July memo limiting protections under the Deferred Action for Childhood Arrivals program, so the memo is invalid.

"This is a victory for our courageous plaintiffs, DACA-eligible youth across the country, and all of our communities," Trudy S. Rebert, staff attorney at the National Immigration Law Center, said in a statement.

The July 28, 2020 memorandum, which included a bar on accepting new applications for DACA—which protects undocumented people in the U.S. who arrived in the country as children—by first-time applicants, "was not an exercise of legal authority," Judge Nicholas Garaufis of the U.S. District Court for the Eastern District of New York wrote.

From the Associated Press:

In Garaufis' ruling Saturday, the judge wrote that DHS didn't follow an order of succession established when then-Secretary Kirstjen Nielsen resigned in April 2019. Kevin McAleenan, who succeeded Nielsen until he resigned in October 2019, also didn't have statutory authority to hold the position, Garaufis wrote.

Karen Tumlin, one of the lawyers in the case and director of the Justice Action Center, broke down the ruling's implications:

"The ruling is another defeat for the Trump administration, which is now unlikely to be able to address DACA and the fate of Dreamers," CNN noted. The outlet added:

The administration tried ending the program in 2017, but the U.S. Supreme Court blocked their attempt in June. The memo invalidated on Saturday had sought to buy time while the administration decided its next steps.

Tumlin, in a statement, pointed to the unwavering determination of the Trump administration—which includes immigration hardliner Stephen Miller—to attack the Obama-era program.

"After the June Supreme Court victory, the Trump administration was bound to reset the DACA program to its original terms from 2012," said Tumlin. "Rather than doing that, the Trump administration gutted the program again—locking out young people who had been waiting years to apply and severely curtailing the program for existing DACA recipients," said Tumlin, adding that Congress must "pass permanent protections for these immigrant youth."

"As we look forward to a Biden administration, we know this victory is just the beginning," said Javier. H. Valdés, co-executive director of Make the Road New York, an organizational plaintiff in the case.

"Not only must the new administration immediately protect DACA and [Temporary Protected Status] holders and reverse all of Trump's nativist polices," he said, "but also provide swift relief and a path to citizenship for the millions of undocumented families across this country."