'Concede and get the hell out': Anger mounts as Trump refuses to accept defeat 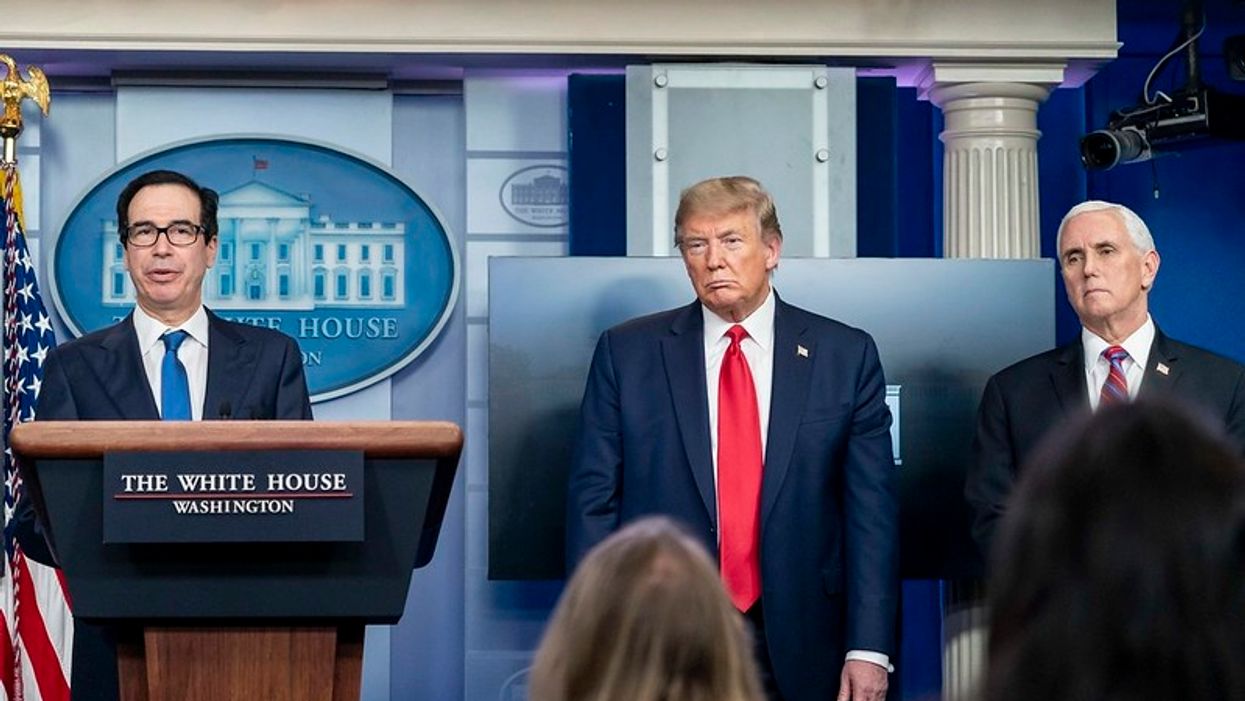 Mixing with the jubilation shared by tens of millions across the U.S. and the world generated by President-elect Joe Biden's declared victory this weekend, increasing levels of anger and frustration were voiced Sunday as President Donald Trump continued his refusal to accept the election results that show he was soundly defeated.

Even as Biden and Vice President-elect Kamala Harris delivered acceptance speeches Saturday night, Trump bucked the tradition of congratulating the winners and instead spent the evening tweeting out false claims that he "won the election" and making evidence-free allegations of fraud.

Trump so far has refused to accept the election results, waging a legal strategy to contest them in courts and issuing false allegations of fraud. There are currently no plans to invite Biden to the Oval Office for the traditional meeting between the incoming and outgoing presidents, a historic sign of the peaceful transfer of power. Aides instead are working to craft ways for the President to feel validated even in loss, including through more rallies.
But after claiming publicly and falsely that he won the election, sources say Trump is not denying the outcome privately. And two people said Jared Kushner, the President's son-in-law and senior adviser who oversaw his campaign from the White House, has approached Trump about conceding the election.

On Sunday, as the lies and deceit by the president continued, many Trump critics began to lose their patience.

"It is obscene for a president of the United States to talk of a stolen election when he has not put up any meaningful evidence of anyone stealing the election," said Steven Greenhouse, former labor reporter for the New York Times in a Sunday morning tweet. "The President needs to stop putting his narcissistic selfishness over what is good for our nation and our democracy."

Stephen King, the famed novelist and an avowed Democrat, was even more blunt in his proclamation. "You lost, you miserable self-entitled infantile fucker," King declared. "Concede and get the hell out."

In a letter to editor at the Guardian on Sunday, reader Pete Dorey in the U.K. said he fears that Trump's "disputing of the validity of the election result is much more insidious than him simply being a bad loser." Dorey wrote:

By repeatedly denouncing the accuracy of the outcome, even before it has been confirmed, [Trump] is giving his supporters a green light to spend the next four years blatantly defying a Biden government, and generally causing public mayhem, on the grounds that the Democrats "stole" the election from Trump, and that the new government thus has no democratic authority of mandate.

As such, I fear that mass protests, the occupation of public buildings, and intimidation (especially of black communities) by gun-toting Trump supporters, will become a routine occurrence, justified on the grounds that ignoring the "undemocratic" Biden government is the duty of true "American patriots."

If tough punitive action is taken against them, they will claim that democracy and liberty are being suppressed by "radical leftists" in Washington. But if their mayhem is ignored, they will claim that law and order is being undermined due a weak government in thrall to "political correctness" and "snowflake liberals."
Or am I just paranoid?

Ahead of Biden being declared the projected winner by nearly every major news outlet in the country on Saturday, his campaign spokeperson Andrew Bates on Friday said their team was not ultimately worried if Trump—when defeated—refused to leave the White House voluntarily.

"The United States government," said Bates, "is perfectly capable of escorting trespassers out of the White House."