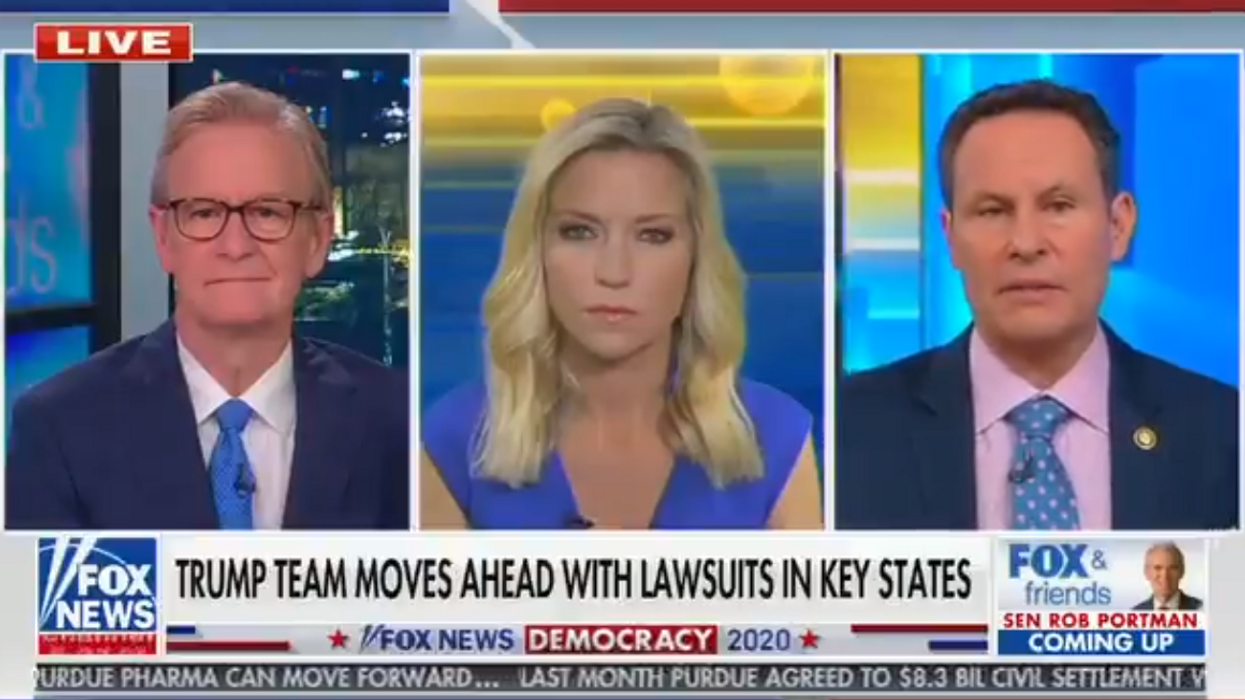 For at least a century and a half, capitalism has been so intrinsically tangled together with America's government that it's hard to think to think of an America that's not ruled by the market. Democracy and capitalism are often taught as two sides of the same coin. Except, of course, they're not.

Capitalism has proven that it can do splendidly well under multiple forms of government. Capitalist systems flourished in Europe under monarchies. In more recent times, they've worked hand in black leather glove with fascist rulers, and proven themselves perfectly capable of operating with single-party dictatorships. In fact, as China has demonstrated over the last three decades, capitalism can grow at an enormous rate when enabled by a government where civil rights, worker safety, and pollution are considered issues barely worthy of notice. So what happens when capitalism decides that democracy … is holding it back?

The truth is that capitalism and democracy have never been the best roommates. Not only have there always been "pro-business" politicians whose role was to argue for corporations and against the rights of individuals; as far back as the early 19th century it was recognized that there is a fundamental conflict between societal good and any system focused on individual profit. Even Adam Smith's classic work, which defined many of the concepts behind what we now think of as market capitalism, recognized that the public good was a preeminent cause, that taxation and regulation were required to meet that goal, and that there were forces that would always resist. (Smith also argued that any territory unwilling to contribute toward supporting the goals of the whole nation should be kicked out.)

It's also not unusual that capitalism—which, after all, owns the chief methods of communication in most any age—would use those "barrels of ink" to drive the nation toward its own goals. Those goals might include deregulating banks, or maintaining the gold standard, or going to war with Spain. But from the start, there have been opportunities for individuals and companies to place their own good above that of the nation. And from the start, some have taken advantage of that opportunity.

So it's absolutely not surprising that there's a war going on, every day, between the forces that are trying to sustain the experiment of representative government, and those who want it subjugated to the market. What might be unique to this time is the directness with which democracy's opponents have taken to going directly after the most basic institutions required to operate even a barely adequate republic. They're against democracy, and they genuinely don't care who knows it.

For decades, radio demagogues from Father Coughlin to Paul Harvey to Rush Limbaugh have drawn on centuries of racism and anti-Semitism to promote a view of political opponents as grasping subhumans who are out to take away what you deserve. That theme is still as pervasive, and as supercharged with anti-intellectualism, racism, and xenophobia as it ever was. But the new note that seems to be emerging is that it's not just acceptable to undermine democracy, it's a good thing. It's not just a rollback of the civil rights era and a gleeful re-embrace of Jim Crow politics, it's an open argument that democracy is bad. A claim that even when millions more Americans vote for one candidate than the other, to the extent that they overcome racial and structural barriers already built into the system, that it's perfectly fine to just ignore their votes.

That isn't the normal stuff of partisan divide. It's the substance of national dissolution.

At the heart of it aren't just fist-waving fascists like Trump, but a vast swath of the communication industry that has discovered a simple truth: It is more profitable to attack democracy than to support it. Thanks to rules built into that democracy by people who placed openness of political expression at the top of their list of values, there's no adequate response. People who want to close down free speech are using the protections of free speech to accomplish their ends. And they're getting rich while doing it, thank you.

Capitalism isn't just bumping elbows with democracy at the moment, it's at war. Because it thinks that other system—the one where things like safety, pollution, and rights are all off the table—sounds like a pretty good deal. This isn't just a consequence of the ability of corporations to generate more revenue through the old, old system of privatizing profit and socializing losses. It's also massively affected by the unprecedented concentration of wealth. That consolidation makes it more and more tempting for the few to simply cross out the rights of the many … for dollars. As it turns out, they've been able to get a large percentage of the people whose rights would be lost to go along with them, for the low, low cost of a few rallies and whatever Tucker Carlson eats.

If democracy survives this assault … it had better find a new partner. One that is not so abusive.