Trump says he'll leave White House if Electoral College votes for Biden. Experts note 'it's not up to him anyway' 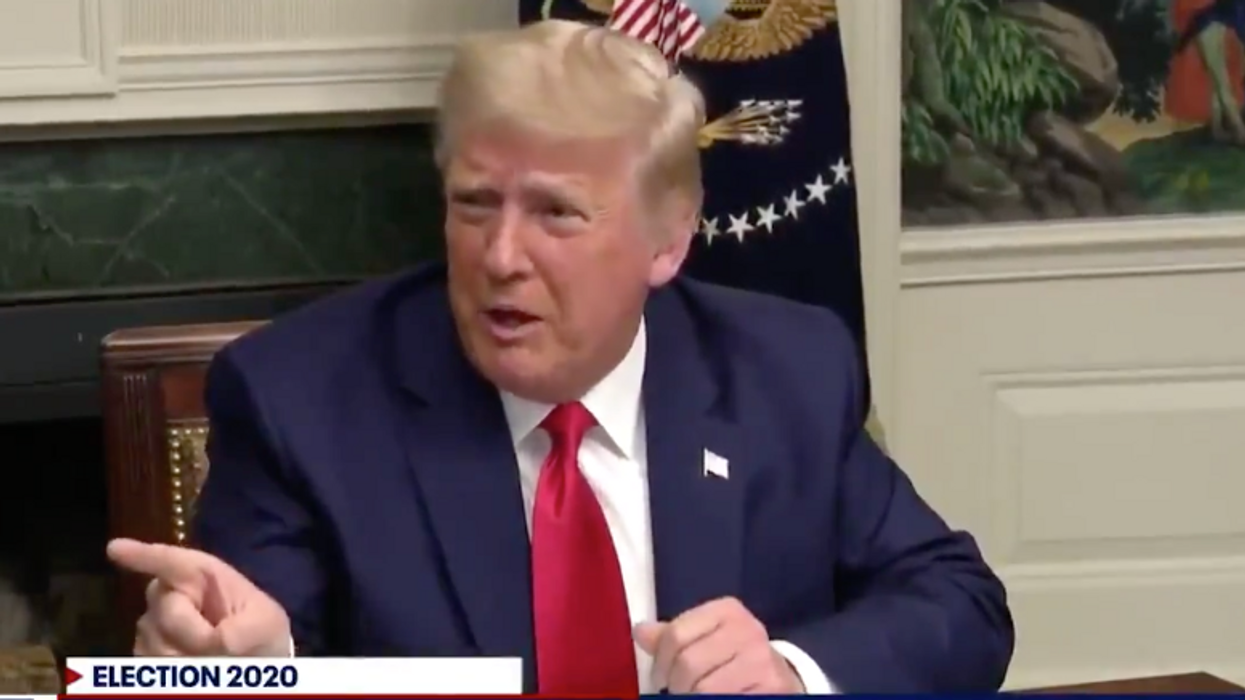 While continuing to spread falsehoods about the election and complain that the contest was rigged against him—citing examples of supposed malfeasance that were summarily debunked by reporters in real time—President Donald Trump on Thursday said he intends leave the White House willingly if the Electoral College certifies President-elect Joe Biden as the winner.

Legal experts were quick to note that Trump, having suffered a landslide loss in the popular vote and a sizable Electoral College defeat, doesn't have a choice in the matter.

"That's good but it's not up to him anyway," tweeted Vanita Gupta, president and CEO of the Leadership Conference on Civil and Human Rights, after the president said he "certainly" will leave the White House if Electoral College electors vote for Biden, as they are set to do next month.

"If they do, they've made a mistake," said the president, who ahead of the election repeatedly declined to say he would allow a peaceful transition of power.

Following weeks of needless delay, the Trump-appointed head of the General Services Administration (GSA) allowed the Biden team to formally begin the transition process on Monday.

Trump's remarks—his first public commitment to willingly leave office if defeated—came in the wake of reports that the president and his allies have been pressuring state GOP leaders to help stage a highly unlikely and potentially unlawful Electoral College revolt in a last-ditch effort to overturn the election.

Politico noted earlier this month that while "individual electors have gone rogue in the past" by voting for a candidate other than the one who prevailed in their state, states have since "tightened the rules."

"In 2016, seven electors ultimately broke their pledge to vote for who they said they would support. Five electors voted for someone other than Hillary Clinton despite Clinton carrying their states, while two abandoned Trump," Politico reported. "Their decisions ultimately did not change the results of the election... but the experience made both major parties tighten their grasp on the selection process this year."

The Trump campaign's desperation stems from the massive failure of its attempt to challenge the election results in court, a legal effort marred by comically weak to non-existent evidence and general incompetence on the part of the president's self-proclaimed "elite strike force team" of attorneys.

Even as he said he would leave the White House, Trump refused to concede defeat and peddled claims about election fraud that have already been discredited in court.

Remarkable — Trump lies about poll watchers not being allowed to watch the tally in PA, gets fact-checked by a repo… https://t.co/3CL85FSJDu
— Aaron Rupar (@Aaron Rupar)1606431773.0

"States continue to certify those results, the Electoral College will soon meet to ratify that outcome," Gwin added. "Biden will be sworn in as president on January 20, 2021."