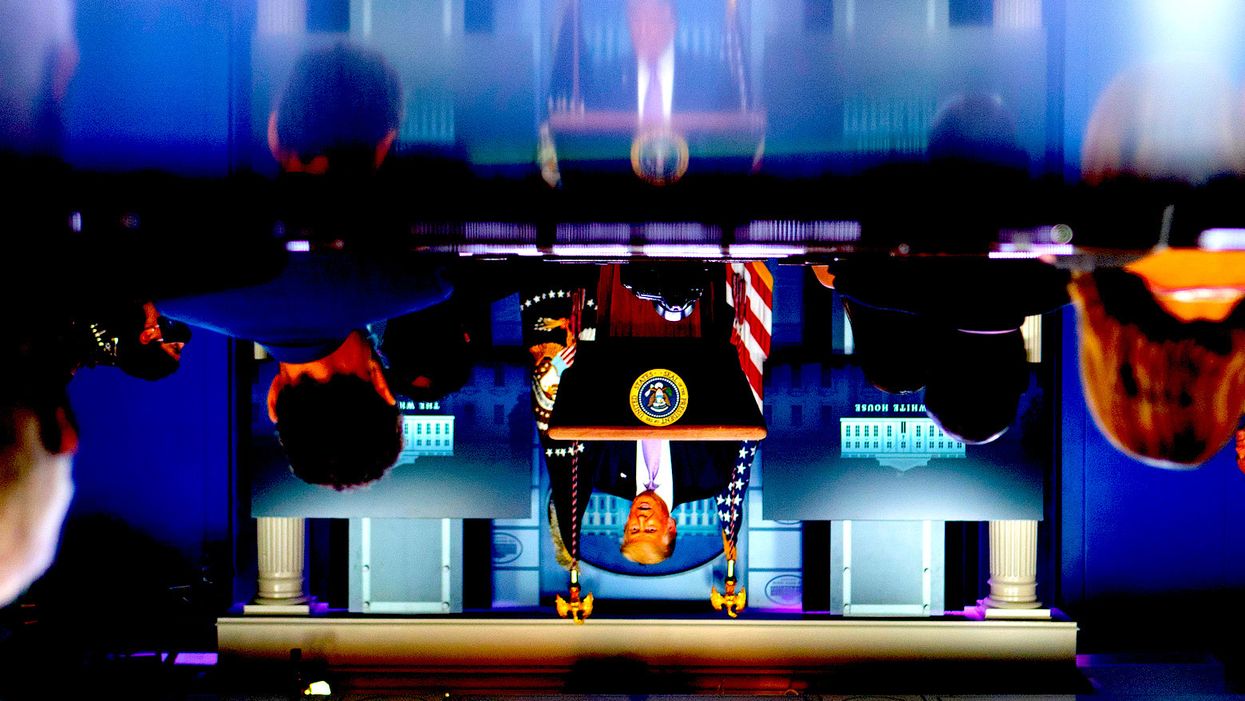 Here's something to ponder along with your dream team picks for President-elect Joe Biden's Cabinet and top officials: Who should he fire first? There are just so many options, and you can thank Republicans for the fact that Biden will be able to jettison some folks, fast. As David Dayen reminds us, the Republican case to try to gut President Obama's Consumer Financial Protection Bureau (CFPB), a case that went all the way to the Supreme Court, means that the odious Trump director can be canned summarily by Biden. Because, as they say, elections have consequences.

Republicans tried everything to destroy the CFPB and went to court to have the whole agency invalidated. That didn't work, but the Supreme Court ended up deciding that the director of the agency shouldn't have the scope of power or the protections allowed under the law. So the Supreme Court decided not to do away with the whole agency, but to make sure that the director could be fired at will by the president. Wheeeee! So yeah, Mick Mulvaney's hand-picked successor, Kathy Kraninger, can be gone—just like that.

The Revolving Door Project has scoured the administration to find the people who have to get the boot immediately and who should be demoted. Those they recommend be fired include "Inspectors General, the Directors of the Federal Bureau of Investigation (FBI) and the Internal Revenue Service (IRS), and, to some degree, United States Attorneys." As detailed above, no political appointee in the Trump administration can be reasonably assumed to put country over party. To ensure that these offices are working in the public interest from Day One, Biden must start with a clean slate of appointees. Those they want to see demoted from chairmanships to commission membership are the chairs of the Federal Deposit Insurance Corporation (FDIC), Federal Energy Regulatory Commission (FERC), National Credit Union Administration (NCUA), Postal Regulatory Commission (PRC), and Commodity Futures Trading Commission (CFTC). These are people who the president can only fire for "cause," and being a toady to Trump isn't really a cause, though it should be.

There's a whole other set where the chairs traditionally step down with a new administration and who really need to be encouraged to leave. This includes the Federal Communications Commission (FCC), the National Transportation Safety Board (NTSB), the Securities and Exchange Commission (SEC), the Equal Employment Opportunity Commission (EEOC), the Federal Energy Regulatory Commission (FERC), the Federal Trade Commission (FTC), and the National Labor Relations Board (NLRB). Expect to see a lot of petitions to a lot of these people in the coming weeks to encourage them to do the right thing and remove their own sorry asses.

Trump set a new precedent by razing the former Obama administration officials, breaking all previous norms. There are plenty of them that Biden needs to restore, but when it comes to digging out and tossing Trump loyalists and sycophants who have been sabotaging our government for four years, he needs to emulate Trump. If the transition team isn't making their list already, they need to be.