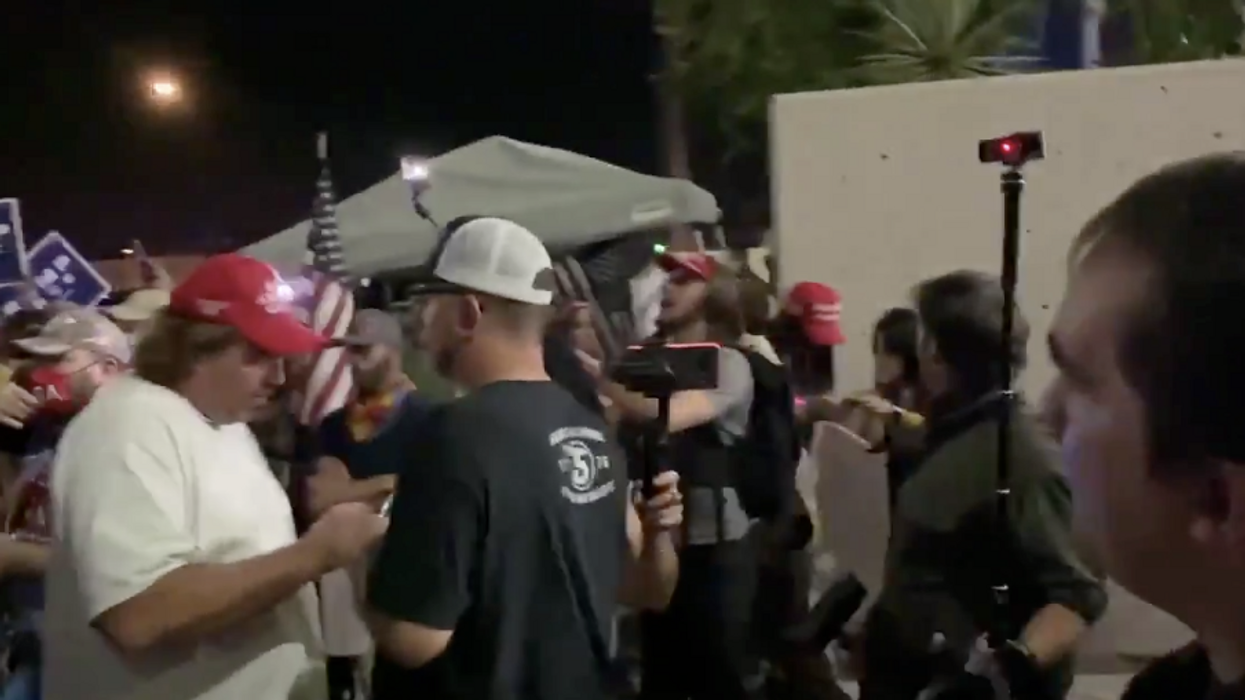 Undeterred by a crowd of Trump supporters—some of whom were armed—that gathered outside of the Maricopa County, Arizona election office late Wednesday to protest alleged "fraud" in the vote-counting process, county officials vowed to "continue our job" of tallying ballots in the battleground state that both Fox News and the Associated Press have called for Democratic candidate Joe Biden.

"Staff at the Maricopa County Elections Department will continue our job, which is to administer elections in the second largest voting jurisdiction in the county," the department tweeted early Thursday morning amid reports that officials in the county building were forming an "exit plan" due to safety concerns caused by assault rifle-wielding Trump supporters baselessly alleging election theft by the Democratic Party.

"We will release results again tonight as planned," the department added. "We thank the Maricopa County Sheriff's Office for doing their job, so we can do ours."

The fresh results came as Trump supporters, emboldened by the president's constant attacks on the legitimacy of the vote-counting process in states nationwide, rallied outside the Maricopa County election office chanting, "Stop the Steal!"—a slogan that has been embraced and amplified by Trump backers on social media.

The New York Times reported Wednesday that "Trump and his advisers erupted" after Fox News called Arizona for Biden, fearing the move would further undermine the president's false narrative that he won the election outright.

"Jason Miller, Mr. Trump's political adviser, disputed the accuracy of the call on Twitter and frantically called Fox News, asking the network to retract it. He was unsuccessful," the Times reported. "Jared Kushner, the president's son-in-law and senior adviser, was also in touch with Rupert Murdoch, the Fox News owner, as the night wore on. And on Wednesday morning, Mr. Trump's campaign manager, Bill Stepien, insisted the president would win Arizona by 30,000 votes."

In a statement released late Wednesday, a pair of Maricopa County election officials—one Democrat and one Republican—raised concern over "the misinformation spreading about the integrity of our elections" and said that "everyone should want all the votes to be counted, whether they were mailed or cast in person."

"An accurate vote takes time. It's possible the results you see now may change after all the votes are counted. This is evidence of democracy, not fraud," the statement continued. "We would like to thank the hundreds of volunteers, poll workers, and staff for being a part of an incredible elections team. All of us are committed to a fair and efficient count of all votes."