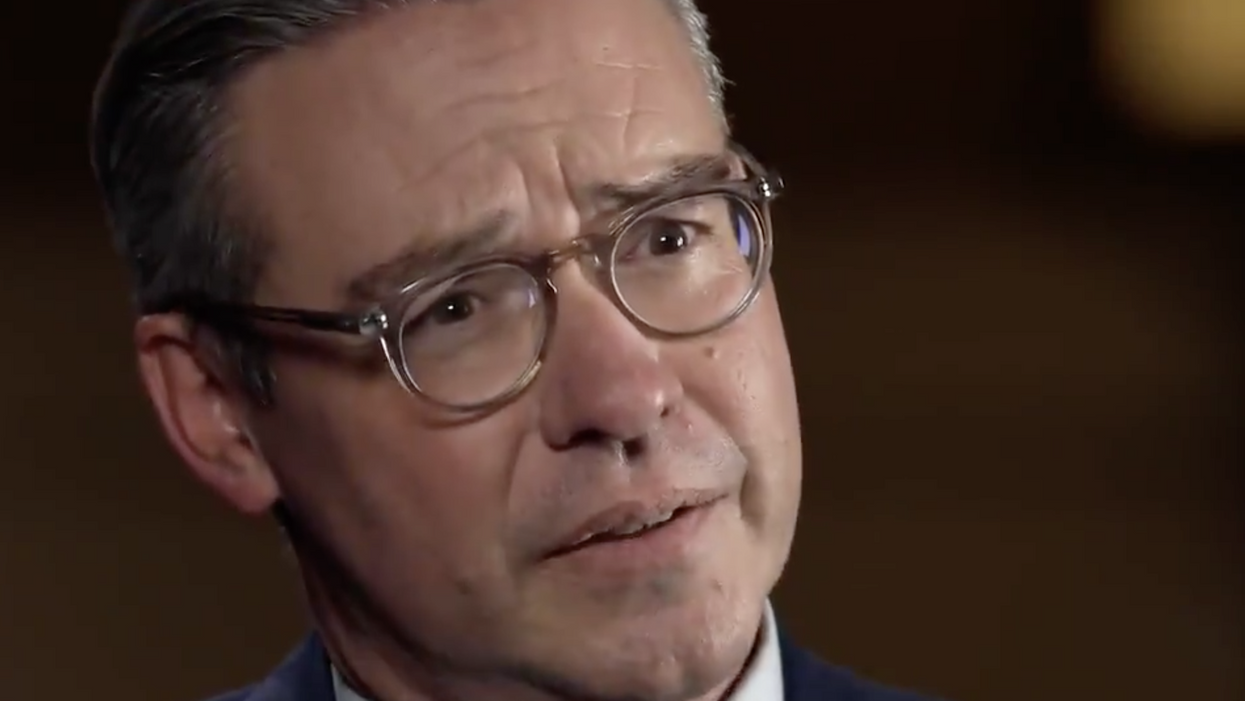 Following the victory of President-elect Joe Biden over President Donald Trump in the 2020 election, Philadelphia might be the most hated city in the United States among Trump supporters. Biden had the 270 electoral votes he needed after winning Pennsylvania, and many Trumpistas are making the baseless claim that the election was stolen from Trump in Philly — where the office of City Commissioner Al Schmidt, a Republican, has been receiving death threats.

Schmidt is used to hearing jokes from Philadelphians when it is reported that he is a Republican — usually, along the lines of, "I didn't know that Republicans existed in Philly." The point of the joke is that Philly is overwhelmingly Democratic, and the city hasn't elected a Republican mayor since Bernard Samuel left office in January 1952. What isn't funny at all is the death threats that Schmidt's office has been facing. To Trumpistas, Schmidt is a RINO (Republican In Name Only).

Sounding quite distressed, Schmidt told CBS News, "We are counting eligible votes cast by voters. The controversy surrounding it is something I don't understand. It's people making accusations that we wouldn't count those votes, or people are adding fraudulent votes — or, coming up with just all kinds of crazy stuff."

"It feels all very deranged," he said.

Schmidt, interviewed for "60 Minutes," told CBS News that there have been "calls to our offices reminding us that this is what the 2nd Amendment is for: people like us."

The Philadelphia city commissioner sounded shocked that his office has been receiving death threats "for counting votes in a democracy."

Schmidt said, "At the end of the day, we are counting eligible votes cast by voters. The controversy surrounding it is something I don't understand. Counting votes cast on or before Election Day by eligible voters is not corruption. It is not cheating. It is democracy. From the inside looking out, it all feels very deranged."

Trump railed against Philly during his reelection, saying, "Bad things happen in Philadelphia" and claiming, with no justification whatsoever, that mail-in voting would be used to steal Pennsylvania's 20 electoral votes from him.

At the Pennsylvania Convention Center in Center City Philadelphia, Schmidt's army of vote-counters worked tirelessly last week to deliver an accurate vote count in the presidential election. Biden was way ahead in the Pennsylvania vote count on Friday, November 6, although the state still hadn't been called for him — and Philadelphians all over the city were literally dancing in the streets when it was looking, more and more, like Biden would win the state. Sure enough, he did.

Whatever is happening at the Convention Center has grown into quite a cast of characters. There’s a pastor telling… https://t.co/JXDso9O0B0
— Anna Orso (@Anna Orso)1604612700.0

Early Saturday morning, November 7, Pennsylvania still hadn't been called. But when it became obvious that Biden's lead in the Pennsylvania vote count was insurmountable, major media reported, later that morning, that Pennsylvania had gone to him — thus giving Biden the 270 electoral votes he needed to be elected president of the United States. Philly went wild over the news, with dance parties breaking out in the streets, motorists honking their horns nonstop and Philadelphians acting like they did after the Phillies won the 2008 World Series. One anti-Trump sign carried by a Biden supporter read, "Philadelphia, throwing tyrants out since 1776."