Will New Jersey be the next state to legalize marijuana? 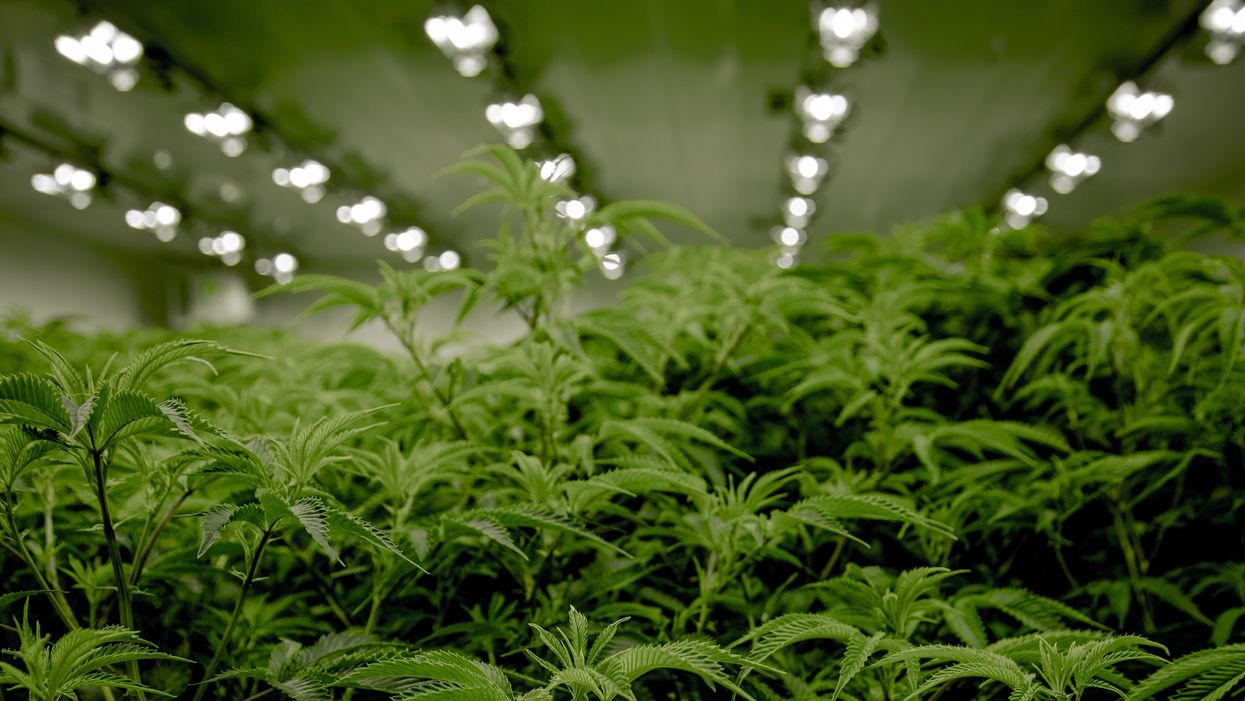 New Jersey looks set to be the next state to legalize marijuana. It's on the ballot come Election Day on November 3, the polls are looking good, and while it's not the only state with marijuana legalization on the ballot, the others—Arizona, Montana, and South Dakota—are all out West, and the Garden State should beat them by a few hours.

The New Jersey legalization initiative, Public Question 1, would amend the state constitution to legalize the recreational use of marijuana and its cultivation, processing, and retail sale by a person who is at least 21 years old. It also designates the existing Cannabis Regulatory Commission (CRC), which currently handles medical marijuana, to regulate all legal marijuana commerce. Retail marijuana sales would be subject to the state sales tax of 6.625 percent, but any other state sales taxes would be prohibited. The initiative authorizes the legislature to let local governments add a 2 percent local sales tax.

It also leaves it up to the legislature and the CRC to address unresolved issues. Those include whether and how home cultivation would be allowed, how much weed people could possess, and detailed retail regulations.

If the measure passes, New Jersey will not only be the first to legalize marijuana this Election Day, it will also be the first mid-Atlantic state to do so, and the first to legalize it via a legislatively initiated voter referendum. Of the 11 states (and the District of Columbia) that have so far legalized marijuana, nine did it through citizen-based ballot initiatives, while in the other two, Illinois and Vermont, legislatures passed legalization bills.

But even though Governor Phil Murphy (D) campaigned on marijuana legalization in 2017 and vowed to get it passed in 100 days, legislative infighting, opposition within the Legislative Black Caucus, and bickering over revenues blocked the legislature from ever getting it done. As a last resort, Senate President Stephen Sweeney (D) and marijuana reform champion Senator Nick Scutari (D) filed the resolution giving the voters the final decision. It passed with overwhelming Democratic support over strong Republican opposition in December 2019.

And the polls have consistently shown it winning this November. An April poll by Monmouth University of registered voters had the measure winning 64 percent of the votes, while a July Brach Eichler Cannabis Poll shows that 67.6 percent of likely voters showed strong support or somewhat support for legalization via the ballot. An August Brach Eichler Cannabis Poll had support at 66 percent, a barely noticeable decline, and still a number to warm the hearts of legalization supporters.

That latter poll also had a large majority (74 percent) saying the state should make sure that "minorities have fair and equal access to this business opportunity," while another large majority, 71 percent, wanted tax revenues to be used for drug awareness and education. More than half (55 percent) wanted to see higher marijuana taxes.

"The Brach Eichler Cannabis Poll shows that as we get closer to the November election, public awareness and support for the legalization of adult cannabis use is steady or growing," John D. Fanburg, co-chair of the Cannabis Law Practice at Brach Eichler, said in a press release accompanying the poll. "Additionally, we can see that voters are recognizing the importance of addressing the social justice impact of disproportional enforcement and arrests against New Jersey's minority population."

For Ken Wolski, RN, executive director of the Coalition for Medical Marijuana—New Jersey (CMM-NJ), supporting the initiative is a no-brainer. Wolski and CMM-NJ are part of a broader coalition, NJ CAN 2020, that is working with HeadCount's Cannabis Voter Project to end marijuana prohibition in the Garden State. Other coalition members include the ACLU-New Jersey, Doctors for Cannabis Regulation, the Latino Action Network, the Law Enforcement Action Partnership, the NAACP New Jersey State Conference, and the New Jersey CannaBusiness Association.

"Legalizing marijuana is the best way to get the right medicine to most people," Wolski told Drug Reporter in an email exchange. "Legalization will make it much easier for adults to take advantage of the tremendous therapeutic potential of cannabis. No longer will adults need a specific diagnosis and multiple visits to physicians to obtain cannabis. Adults in New Jersey will be able to purchase cannabis over the counter like they purchase aspirin now. NJ currently has some of the most expensive medical cannabis in the country, but increased competition will bring down those prices. Home [cultivation] should also come into play. Easily available marijuana will improve public health," he said.

Wolski is counseling reefer radicals who don't think the measure goes far enough to think again. There will be opportunities to further shape what legalization looks like down the road, he said.

"Unfortunately, some marijuana reform advocates oppose the amendment because it does not address their specific concerns about guaranteeing home cultivation, ensuring that ex-felons can participate in the new legal industry, ensuring reparations for individuals and communities harmed by the war on marijuana, etc.," Wolski explained.

"To those who say the question does not go far enough, I point out that the CRC must follow the regulatory process, which ensures input from the people of the state," Wolski continued. "The CRC will hold public hearings before they draft the regulations, then there will be a public comment period before they adopt the regulations. This will be the time to make opinions about home grow, social equity, affordable licenses, etc., known. The entire process will be transparent. If some of our demands are not met in the first go-round, we can immediately file to amend the regulations. The very first step is to give whole-hearted support for the ballot question, without which, there will be no reform of marijuana laws in New Jersey for the foreseeable future."

And he will be fighting for home cultivation, he said.

"We anticipate arguments in civil and criminal courts that the amendment does, in fact, allow home cultivation," Wolski explained. "We plan to work with the CRC in the development of regulations to ensure that home cultivation is part of [legalizing] cannabis in New Jersey. At the same time, we will continue to work with legislators for a bill to specifically allow New Jersey medical marijuana program patients and caregivers to grow a limited supply of cannabis for their medical needs."

But first, the measure needs to win.

"If the ballot question fails, the war on marijuana will be business as usual, and we will be that much further away from home cultivation, legalization, expungement, social justice, etc.," Wolski warned. "The first step is [a] victory in November that we can build on. We encourage New Jersey residents to join us in our efforts to pass this ballot question."

Phillip Smith is a writing fellow and the editor and chief correspondent of Drug Reporter, a project of the Independent Media Institute. He has been a drug policy journalist for the past two decades. He is the longtime author of the Drug War Chronicle, the online publication of the non-profit StopTheDrugWar.org, and has been the editor of AlterNet's Drug Reporter since 2015. He was awarded the Drug Policy Alliance's Edwin M. Brecher Award for Excellence in Media in 2013.