Widespread shock as ‘completely inadequate’ VP debate stage is revealed: ‘Is this some kind of a joke?’ 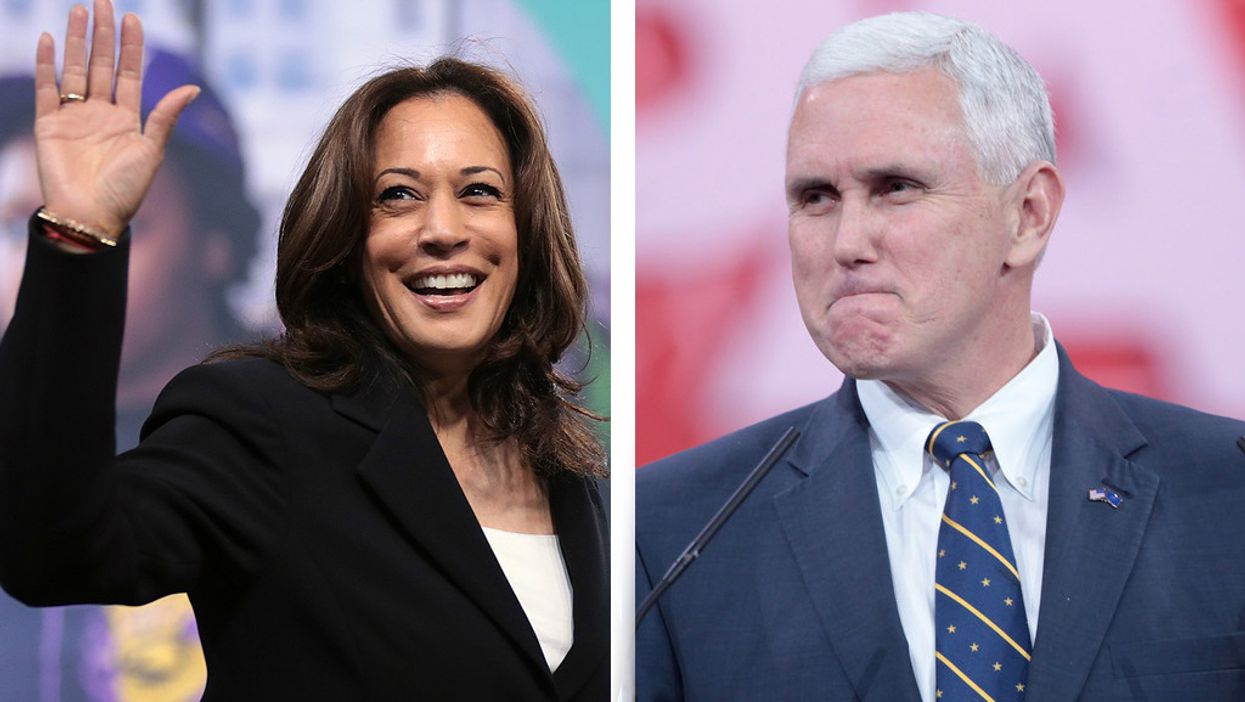 On Wednesday, ahead of the vice presidential debate between Mike Pence and Kamala Harris, NBC reporter Amanda Golden posted a picture of the debate stage, complete with the infection control features the candidates and debate commission agreed to for the safety of the candidates, moderator, and audience — including the plexiglass barriers that Pence's team had objected to.

And here’s a preview of what those plexiglass barriers look like inside the debate hall. VP Pence will be seated st… https://t.co/l5Z8GedAyH
— Amanda Golden (@Amanda Golden)1602068571.0

But commenters on social media immediately noticed the setup looked wrong. The seats still looked unnecessarily close to each other, making no use of space that could have been used for further social distancing, and the plexiglass barriers were small and only separated the candidates, leaving the side facing the moderator table completely exposed. Many demanded to know why the candidates were even sharing a stage at all, and why the Commission on Presidential Debates could put them in separate studios, or have them call in remotely.

Is this some kind of a joke? There is BARELY enough distance between these desks & the plexiglass is for show. This… https://t.co/j1Xmpij8fi
— HawaiiDelilah™ (@HawaiiDelilah™)1602077538.0

@amandawgolden Um, no! This is completely inadequate in protecting @KamalaHarris from an attendee of the super spre… https://t.co/NvfkQtlm40
— Padme (@Padme)1602070260.0

@amandawgolden Why are they doing this in person at all? Millions of us have transitioned to virtual offices over t… https://t.co/OrtSuhgofW
— Lovey (@Lovey)1602074034.0

@amandawgolden Here you see the results of the WHO and CDC not taking aerosol transmission seriously until too rece… https://t.co/QYdB3ZETxr
— Felina (@Felina)1602075382.0

@amandawgolden Wow. That is terrible. And Pence has had contact with known covid positive individuals. He should be… https://t.co/KaFNZR15LZ
— Louise (@Louise)1602076542.0

@amandawgolden This is inadequate protection for Harris and the moderator as well as all the technicians and staff… https://t.co/acrOawsXJJ
— Betsy Robbins (@Betsy Robbins)1602071581.0