Why I'm on a hunger strike to stop Donald Trump 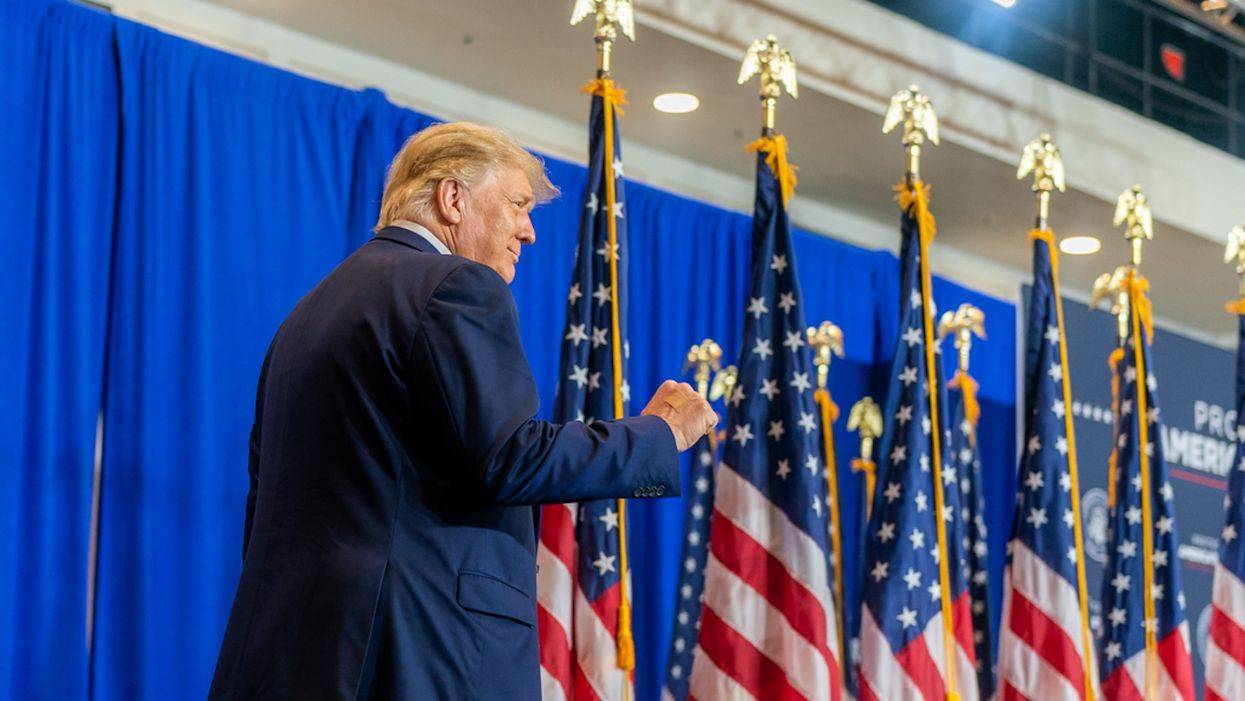 I am on a 30-day, water-only hunger strike until Election Day to defeat Donald Trump. My mission is not so much to convince conservatives they should have a change of heart (though that would be great), but to convince progressives who may still harbor some hesitations about going all out for Biden. They don't just need to vote for him, they need to work for him.

I'm trying to dramatize that the possibility of a Trump reelection poses an existential threat to democracy, public health, the climate, and everything progressives hold dear.

So if you're in the left wing of the Democratic party, if you supported Sanders or Warren, if you embrace the Green New Deal and Medicare for All, and even if you weren't happy when Biden emerged as the nominee and found him too moderate, it's time for you to put yourself on the line to get him and Harris elected.

Likewise, if you're an independent voter like me who finds some of Biden's positions problematic, it's time to get clear that Trump is such a threat to the country, it's appropriate and necessary to overcome your hesitation and throw your support behind Biden.

Donald Trump has been a disaster for the climate, democracy, the rule of law, people of color, women, low-income people, truth, civility, and human decency. His response to the indictments of 13 far-right, Trump-supporting extremists for plotting to kidnap Michigan Governor Gretchen Whitmer has been to repeatedly criticize Whitmer, and not the extremists. In fact, he's clearly appealing to extremists to disrupt this election. While trailing in the polls, Trump refuses to say he'll accept a peaceful transition of power if he loses, continues to undermine mail-in voting, and repeats his call for his supporters to descend on polling places on November 3.

I'm motivated by all these things, but especially by the climate emergency. I'm a lifelong progressive activist, and ran as the Green Party candidate for U.S. Senate from New Jersey in 2002. Since 2003 the primary focus of my work has been the climate crisis. Seventeen years ago, it felt like I and other climate activists were the proverbial voices crying in the wilderness. Today, a majority of Americans agree with us. They support climate action, including transitioning rapidly from fossil fuels to renewable energy and battery storage.

Trump and his supporters are a minority, bent on hijacking the widespread call for climate action. The only solution for that is to remove Trump from the White House. To dramatize the life-and-death stakes, I began a month-long, water-only Fast to Defeat Trump on October 3 and won't end it until November 3.

I started thinking about doing this over the Christmas/New Year holidays. I was working for the Bernie Sanders campaign and the climate movement, and observing the unfolding of the Presidential race. After the Democratic and Republican conventions, I decided I needed to make a life-on-the-line statement about the importance of defeating Trump.

I don't encourage anyone to try this at home, especially in the pandemic. It takes knowledge and experience to fast relatively safely, and I have plenty of both. I have done three previous water-only fasts of 25 days or longer: once for 40 days in the summer of 1972 for an end to the war in Vietnam, once for 42 days in the fall of 1992 in opposition to the planned government celebrations of Columbus' quincentennial, and once for 25 days in 2007 to demand action on the climate emergency.

But I do encourage everyone to support the Democratic ticket. There's only one way to get Trump out, and that's to replace him with Biden. Once that is accomplished, the rising progressive movement can move forward with its campaigns for a Green New Deal, Medicare for All, police demilitarization and restructuring and more. But first, we need to do this.

I also hope that my action will motivate young people who are turned off by electoral politics, especially by the unedifying spectacle they're getting treated to this year. I urge them to register now and vote because getting Trump out is our best hope for making the fundamental transformation their generation needs and has a right to demand from its leaders.

And I hope I will help motivate people to do more than just vote. We need to work concertedly from now until November 3 to help generate a historic voter turnout, especially in the battleground states. There is nothing more important to do in the weeks ahead than to go all in to get Trump out.

Ted Glick is a nationally known progressive and climate justice activist who has led and participated in hundreds of actions. He served as the National Coordinator of the Independent Progressive Politics Network, and was National Campaign Coordinator of the Chesapeake Climate Action Network. His latest book is Burglar for Peace: Lessons Learned in the Catholic Left's Resistance to the Vietnam War.