‘We will kill you’: Video shows what the Proud Boys 'gang' is really like 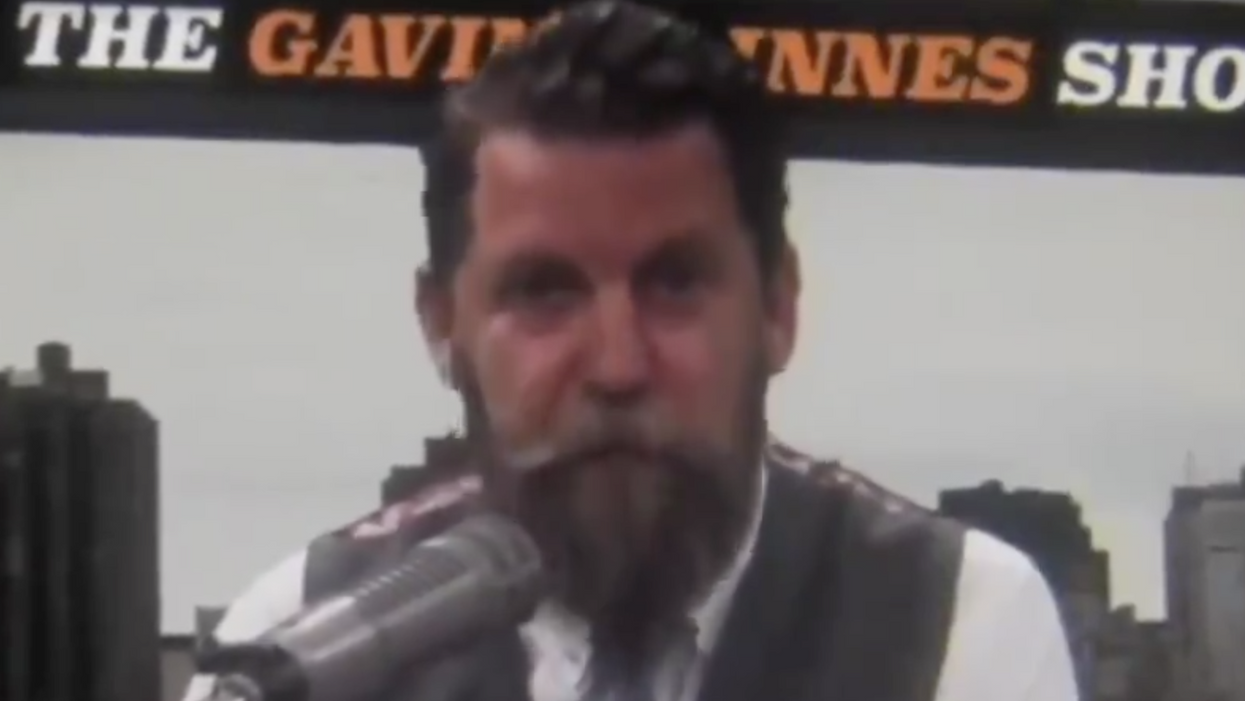 White supremacist and far-right group the Proud Boys has garnered more attention this week after Donald Trump mentioned the hate group during Tuesday night's presidential debate. Instead of denouncing white supremacy as he was asked to do, Trump gave the group orders: "Proud Boys: Stand back and stand by," he said. "But I'll tell you what, somebody's got to do something about antifa and the left because this is not a right-wing problem, this is a left-wing [problem]."

Since its inception in 2016, the Proud Boys group has engaged in politically motivated violence. Trump's words were taken as a call to prepare for action by many members, who also happen to be his supporters. Both the Anti-Defamation League and the Southern Poverty Law Center have noted that the "gang" is violent and hateful, with "anti-Muslim and misogynistic rhetoric." In a video that resurfaced and went viral Thursday, multiple clips of Proud Boys co-founder Gavin McInnes depict the reality of the group. McInnes is depicted not only openly calling "for violence generally" but emphasizing that he encourages members to use violence to express themselves. "We need more violence from the Trump people," he says in one of the video clips.

But of course, as he does with most of his statements, Trump denied knowing who the Proud Boys are Wednesday—a day after mentioning them in the debate. It seems like Republicans wanted him to distance himself from the violence the group perpetuates.

Yet the foundation of the Proud Boys lies in the fact that they believe they should commit violence and be strategically ignored by law enforcement. "I think it's our job to do it and the cops to turn a blind eye," McInnes can be heard saying in the video. Throughout the gruesome video, acts of violence performed on behalf of members of the group in addition to audio with McInnes clearly instigating violence are portrayed. "Choke a motherfucker, choke a bitch, choke a tranny," McInnes encourages.

The video first made appearances on Twitter in September following an interview Joe Rogan conducted during which he spoke of McInnes as a "mostly fun" guy. Popular video editor Vic Berger IV shared the video with commentary, including a recollection of the Proud Boys allegedly visiting his home to threaten and scare him. Berger IV notes that Rogan, in addition to other popular media hosts, often introduce people like McInnes with a "soft" image that ultimately, whether they know it or not, normalizes their behavior. While McInnes has publicly disassociated himself from the group since 2018 following advice from his legal team, his words and mission for the group still remain.

Since Trump's statement at the debate, white supremacists and other members of the alt-right group have taken the words as a call to action. A current chairman of the group, Enrique Tarrio, who also serves as Florida state director for Latinos for Trump, wrote: "I will stand down sir!!! Standing by sir. So Proud of my guys right now," on the alternative discussion network Parler on Wednesday. Other members also took to Parler to express their reaction, the Daily Beast reported. "Trump basically said to go fuck them up! this makes me so happy," Proud Boys leader Joe Briggs said.

Tarrio was one of the organizers of a recent event in Portland, Oregon. Hundreds of people gathered in Portland last week, many of them wearing military body armor and no masks, for a rally organized by the Proud Boys. While local law enforcement claims the rally ended without serious violence, footage shared on social media shows an assault, including an incident during which a man allegedly kicked another man who was live-streaming the rally. Just like the Proud Boys want, law enforcement in Portland seem to turn a blind eye to their violence while creating violence and fear in peaceful spaces where anti-ICE and Black Lives Matter demonstrators gather.

Interest in the Proud Boys group reportedly increased following the election of Trump and continuous sexist and Islamophobic comments made by McInnes. By the end of 2017, more than 20,000 people joined the group, which had started only a year before, according to Forbes. While the group emphasizes the importance of being "American" and proud of it, McInnes himself isn't American. That's right—the man encouraging violence in the U.S. in the name of Trump is actually Canadian.

According to BBC News, because of its nature and advocacy for violence, the group has been banned from social media sites including Facebook, Instagram, Twitter, and YouTube. Trump's statement to the group acknowledges that not only does he know what Proud Boys are, but that he supports them and knows he has an influence over them. Official shirts and gear endorsed by the Proud Boys quickly made it to the market following the debate with a reply to Trump's words: "Standing by."

The video speaks for itself: The Proud Boys are a violent and terroristic organization.