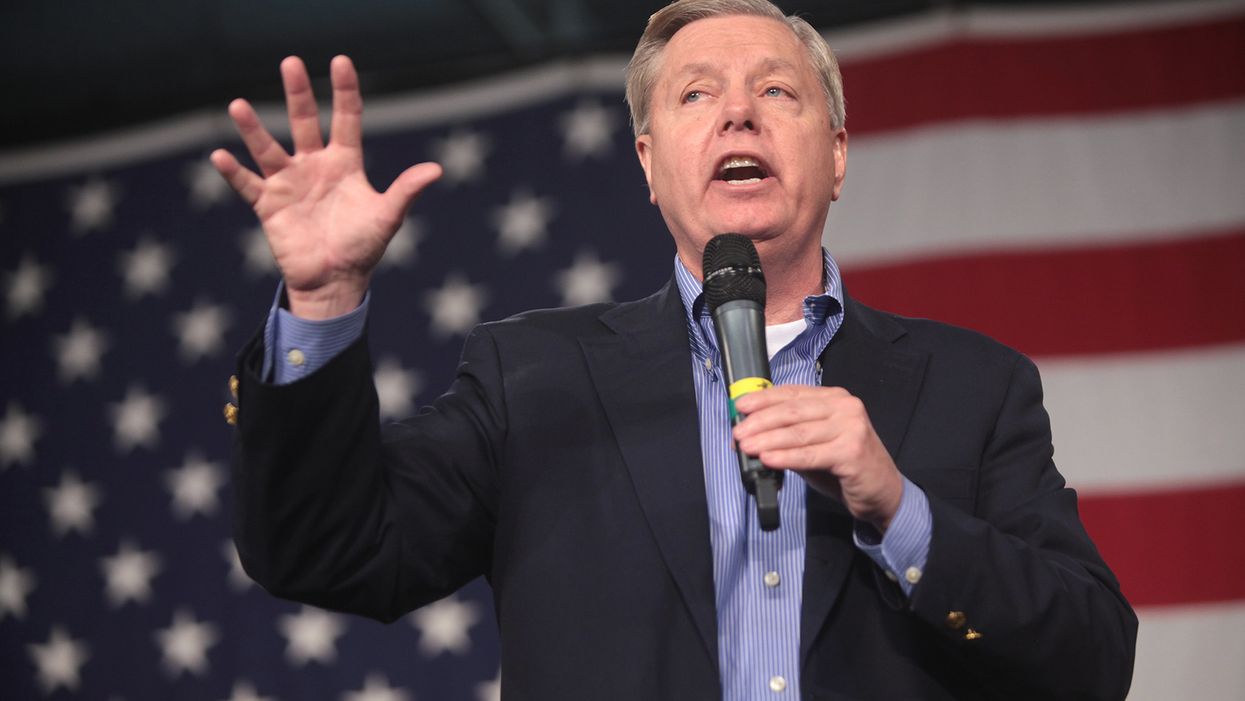 According to a report from Politico, Sen. Lindsey Graham (R-SC) is in the fight of his political life that could see his time in the Senate come to a close in November due to his close association with Donald Trump.

With his numbers in the polls showing him in a virtual tie with Democratic challenger Jamie Harrison, Graham is reportedly hoping his rush to seat Amy Coney Barrett on the Supreme Court will rally enough conservatives to turn out at the polls to stave off what would be an embarrassing defeat.

According to the report, Graham is "facing an opponent who is the best-funded Senate candidate in American history; anger from the left over his metamorphosis from scathing Trump antagonist to fierce loyalist; and lingering distrust from a small but not insignificant slice of conservatives over his past as an aisle-crossing compromiser."

As the report notes, Graham's advocacy of the controversial Barrett has been a double-edged sword; encouraging conservative voters on one side and rallying Democrats to turn out and vote against him on the other side.

"Trump's sagging poll numbers are creating problems for Graham. Harrison's campaign is blanketing the airwaves and the web with ads portraying the incumbent as untrustworthy and two-faced, pointing to his transformation into a Trump cheerleader," the report states.

According to House Majority Whip Jim Clyburn (D-SC), "[Voters] tend to have a very low regard for hypocrites. And they look at these candidates, and when they can see authenticity, they tend to buy into it. That's what Jaime has done."