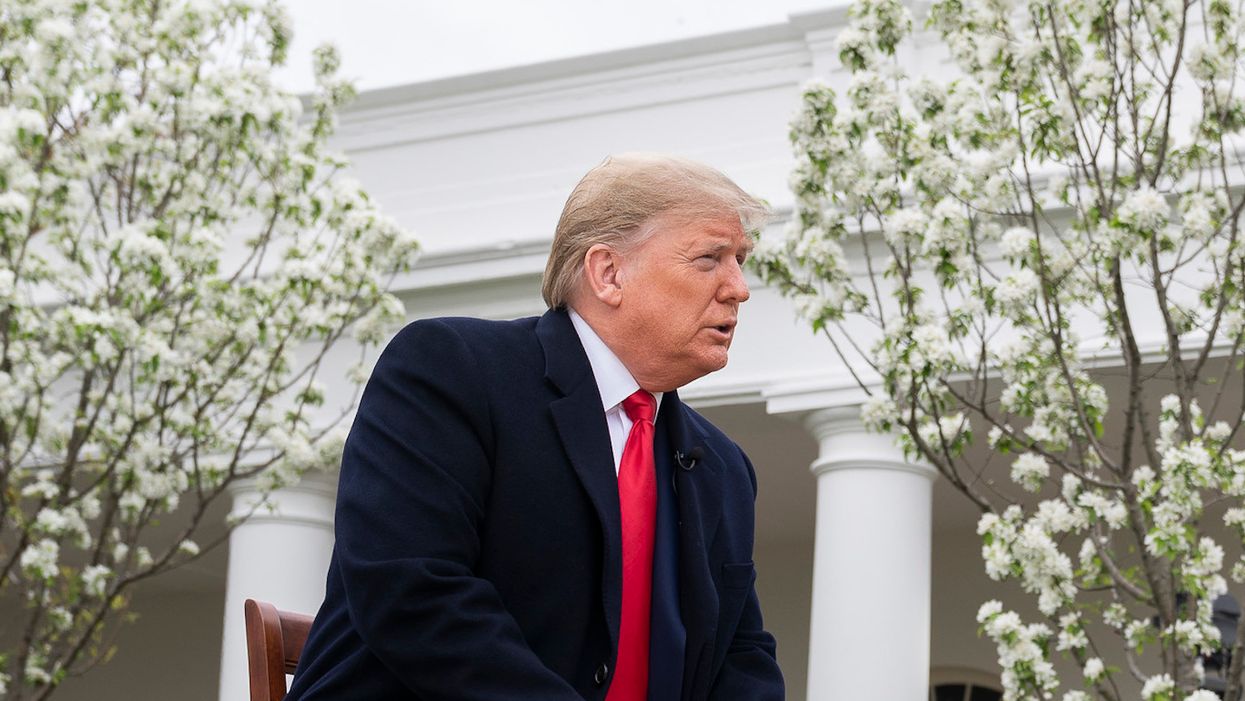 Both President Donald Trump and former Vice President Joe Biden, along with their running mates, are slated to appear on Sunday in the upcoming episode of the CBS news and interview show "60 Minutes." But reporting from CNN and Trump's own comments made it clear on Tuesday that his interview with the network did not go to his liking.

"I am pleased to inform you that, for the sake of accuracy in reporting, I am considering posting my interview with Lesley Stahl of 60 Minutes, PRIOR TO AIRTIME! This will be done so that everybody can get a glimpse of what a FAKE and BIASED interview is all about," Trump said in a tweet on Tuesday evening. "Everyone should compare this terrible Electoral Intrusion with the recent interviews of Sleepy Joe Biden!"

Trump also released a brief clip of "60 Minutes" host Lesley stahl, trying to shame her for not wearing a mask:

Presumably, Stahl wasn't wearing a mask during her onscreen interview, and had yet to put one on in the clip Trump posted. It was an odd attempt to shame her, given his repeated statements casting doubt on and diminishing the importance of mask use during the pandemic. It may indicate that mask-wearing was a subject of a dispute between them during the interview.

Trump's claim about "Electoral Intrusion" reflects a bizarre trend in conservative rhetoric. Foreign election interference was discussed extensively following the 2016 campaign because of Russia's efforts to meddle in the democratic process. But trying to turn that idea around and accuse critics of Trump and the GOP of domestic election interference makes no sense, because Americans and American media are expected to be a part of the electoral process.

Collins said that while CBS was at the White House to conduct the interview, Trump "abruptly" ended the discussion after 45 minutes. He reportedly said they had enough material to use for the show. He then declined to reappear on the show along with Vice President Mike Pence for another segment, as had been planned.

Trump's tweets suggest that he was not happy with the questions and fact-checking he was faced with, perhaps because they were critical of his handling of the pandemic. But we'll have a better idea of what happened at least by Sunday — maybe even sooner, if the White House decides to release its own footage.