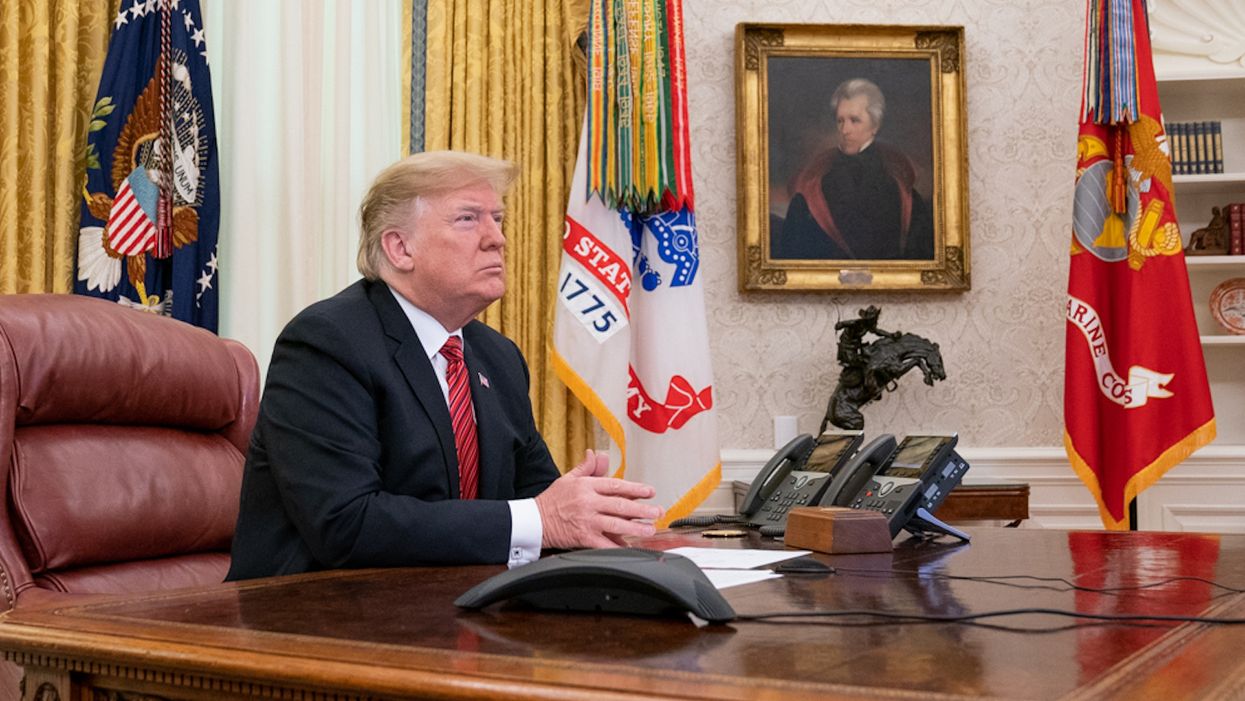 Donald Trump made the wrong choice when he refused to appear for a virtual face-off against Joe Biden.

NBC News was nothing short of reckless in its pursuit to offer the president a platform to continue to promote his dangerous lies even after contracting COVID-19. As Salon's Melanie McFarland wrote, NBC executives' decision to fall back on their long history of providing Trump a national audience "is terrible for democracy." So given the grim state of American media, it's notable that Trump's panicked play to refuse a second debate against the former vice president may have backfired.

A sweaty and often out of breath Trump floundered on his stool under the bright studio lights and accompanying Miami weather Thursday night. While he looked almost suspiciously triumphant over his recent COVID diagnosis, a relentless grilling from moderator Savannah Guthrie certainly didn't do him any favors — at least outside of his already secured base whose Pavlovian disgust for the media was undoubtedly reinvigorated.

Guthrie's past experience working with disgraced "Today" show host Matt Lauer may have prepared her well for managing a most unruly Trump. More than merely moderating questions from would-be voters in the audience, Guthrie was quick to offer relevant follow-ups and fact checks. She was often able to pin down the president's familiar pattern of interrupting the preamble to a question, talking about whatever he wants, pretending the interviewer is interrupting him when she tries to finish, then moving on to the next question. She was prepared and pointed, delivering the grilling I suspect many anti-Trump voters found reassuring.

There was a missed opportunity for Guthrie to work with ABC's George Stephanopoulos, the moderator of Biden's debate which aired at the same time, to have coordinated questions and give voters the debate they were deprived of in a roundabout way — but, alas, television is a business.

With no other reporter to go to, Trump struggled to dodge Guthrie's follow-up questions. In twenty minutes of questioning before turning to the first town hall attendee, Guthrie got Trump to admit that he wasn't tested for COVID before the debate, that he has more than $400 million in foreign debt and that he doesn't read his own retweets. The best part was when she backed him into simultaneously failing to disavow a dangerous and growing conspiracy theory while also disappointing its rabid believers whom he counts as his most fervent supporters.

"Let me ask you about QAnon," Guthrie, a trained lawyer, opened. "It is this theory that Democrats are a satanic pedophile ring, and that you are the savior of that. Now can you just once and for all state that that is completely not true and that –"

If you've seen even one video testimony from a QAnon devotee, you understand how incredibly deflating Trump's non-denial must feel. This comes the same week that Attorney General Bill Barr admits that he can't deliver John Durham's report on the origins of the Russia investigation before the election. Trump offering his base such dejection this close to Election Day can't be mobilizing.

Clicking away to Biden on ABC offered quite the contrast.

Biden did his best to appear rational and bipartisan, even if he was a bit rambling and evasive in his answers. If you answer questions honestly, however, the opportunity for the Guthrie-sort of grilling vanishes. For that reason, the boring feel of the Biden town hall helped sell him as presidential. That he stuck around and conducted an impromptu, unscripted Q&A further undermines the right-wing push to paint Biden as having dementia.

Ultimately, however, we all lose.

Trump showed himself to be a glib, shameless liar. And that's nothing new. Guthrie's grilling certainly played right into his "liberal" media complaints. But he again spread the lie that masks do not help stop the spread of the coronavirus and with more than 200,000 dead Americans, we're in danger every time he's able to talk to an audience.